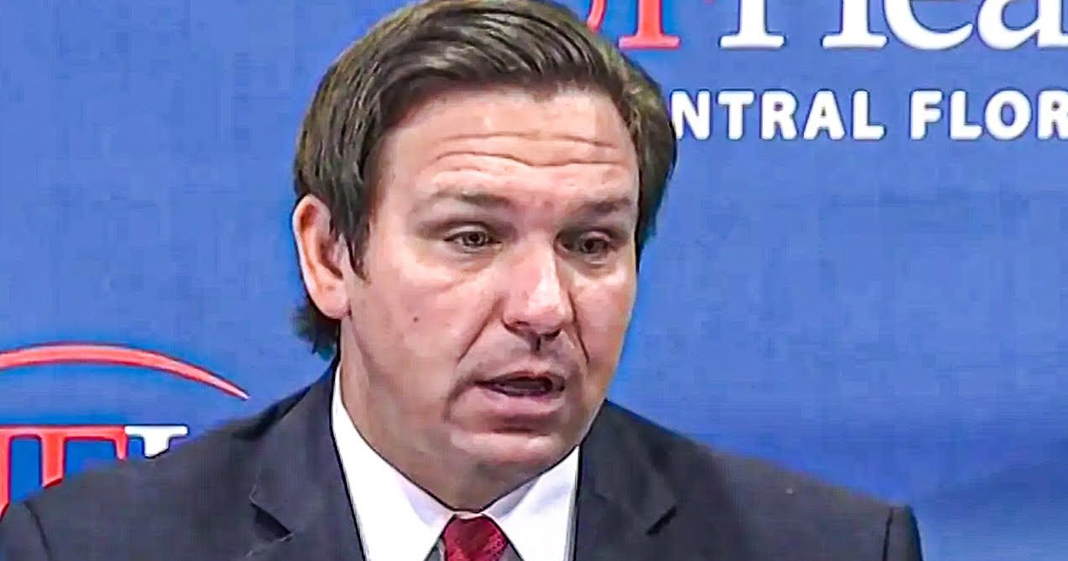 The Florida data scientist that was ousted from her position for refusing to adjust the state’s coronavirus numbers to a more favorable tally has now accused the Republicans in charge of Florida of intentionally suppressing certain data points in an effort to make the situation seem better than it actually is. The state IS keeping the data secret and refusing to release it – that part is known fact – but if the scientists’ claims are true, the leaders could be ending several decades of Republican rule in the Sunshine State. Ring of Fire’s Farron Cousins discusses this.

The state of Florida right now is one of the hardest hit States with regards to new COVID-19 infections every day. Uh, we have hit the record for single day, uh, increase throughout the United States, did that a couple of days ago. But according to one data scientist, Florida might actually be in worse shape than what is being reported. And that data, the scientist who’s telling us this happens to be Rebecca Jones, who I’m sure most people remember as the data scientist that the state of Florida had hired to create our COVID-19 portal. In the early days of the pandemic, she was in charge of, you know, creating the algorithm essentially to bring in all the data, to sort all the data, to let us know in real time, what was actually happening in the state.

But then state officials, I saw the numbers going up and they told her, make it to where these numbers don’t look so bad. She refused to fudge the data and she was fired. But now she’s out here warning us still that her original models, her algorithms were correct, and the state is lying about what’s happening. And she has some proof here. And by the way, the state of Florida has freely admitted that they’re not releasing all of the data to us. So, so that’s not even, that’s not a conspiracy. That’s not a, he said, she said thing. That’s the state of Florida’s own admission. They’re withholding data. They refuse to release it to the public. So right off the top, she has far more credibility than the Republican idiots running my state here. Here’s what’s happening. According to her, the state is still counting both antibody tests and COVID-19 tests in the same category in order to make it look like our positive cases are lower.

So if you tested 200 people, 20 of them showed up with the virus, you got a 10% rate, right? But if you add in the antibody tests, which is another 200, obviously it’s not going to show that any of them currently have the virus. So that 10% drops down to 5%. And that is what she says the state is still doing today. She also says they’re withholding hospital data because according to her, if you look at the data from individual municipalities, individual counties, the number of hospitalizations that they are showing is far greater than what the state is showing, but you can’t go in and access local data. You can, however, go into the state’s portal and look at overall data. So she says that right there, that is false, trying to make the state look better than it currently is our governor, Ron Republican governor down here in Florida, who ran on a platform of, I love Donald Trump in 2018, said last Friday that Florida is experiencing a blip.

She’s just a little blip. In fact, she said, quote, we’re now at a higher blip than where we were in may and the beginning of June. So we’ve had other blips, he said, but this is a bigger blip. You know, it’s a big blip. It’s a blip that by the way, has lasted about three weeks. So maybe it’s more of a straight blip believe in data points. We would call that a plateau because it hasn’t gone down. It’s not necessarily going up except for a couple of blips where it does, but it’s definitely not going down. And it’s been three solid weeks now where we have seen roughly 10,000 new cases every single day here in the state of Florida. And that’s a blip to our Republican governor. And if Rebecca Jones data scientist is to be believed, and I believe she is the numbers that are real in this state are far higher than the, uh, blip that DeSantis is actually telling us about.