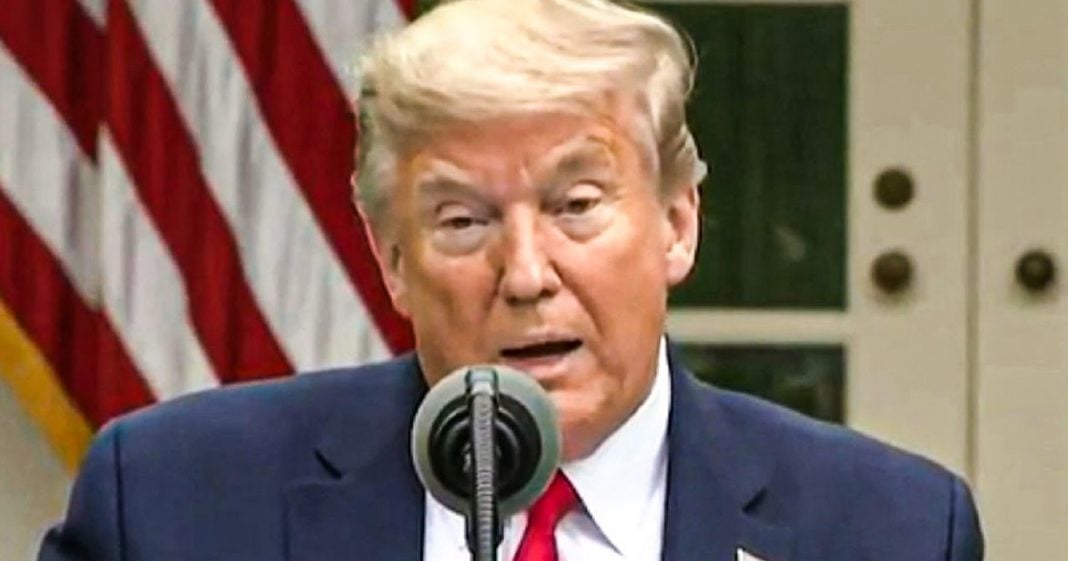 The head of one of the largest teachers’ unions in the country has accused Donald Trump and his administration of attempting to bury an internal report from the CDC that clearly states that reopening schools in the fall will absolutely result in more infections and deaths than the country is currently experiencing. There are safe ways to reopen schools, but unfortunately we do not have the resources or skillset to implement the necessary precautions. Ring of Fire’s Farron Cousins explains what’s happening.

Randi Weingarten. The head of the American Federation of teachers has accused Donald Trump of attempting to suppress data from the centers for disease control and prevention that undermines his plan to reopen all the schools in this country in just a few short weeks. And according to all of the available data, including the data, Trump is not letting the CDC release. It looks like, uh, ms. Weingarten is 100% correct. Here’s what happened last week. A report from the CDC was leaked to the New York times. This 69 page report very clearly lays out the fact that if we are to push forward right now with the reopening of our school systems, we are about to see a massive, massive spike in total number of infections and total number of new cases per day. And of course, as always follows total numbers of deaths. That is what the CDC is predicting.

If we go forward with Donald Trump’s plan, because Trump has no safety plan in place, Betsy DeVos has no safety plan in place. School districts across the country. Don’t really have safety plans in place. I know I’m married to a teacher, uh, you know, they, they, they get to do their zoom calls and I get to hear, I get to hear what, what they’re saying and what they’re going to do. It’s fricking terrifying folks, and it’s not their fault either. They do not have the tools necessary, the equipment necessary to safely reopen. So please don’t take this as me attempting to, uh, you know, go after these school districts, they’re doing everything they can. As far as I know, from what I have heard and not just this district, I’ve heard from other districts and other States, they’re doing a lot to help reduce the spread, but it’s not enough.

They don’t have the money. They don’t have the supplies. The supplies are already in short supply to an increase in demand. So they can’t get them. And they’re out of time. Many school districts in this country go back to school within a month, a month, uh, the County and the counties that are around me right now, we go back in less than a month. That is not enough time to put those plexiglass partitions in place in classrooms. That is not enough time to make sure that you have enough PPE on hand, not only for the teachers and the administration, but for the students who can’t afford it or whose parents cannot find it for them, schools are being left without the resources they need. Does that sound familiar? Cause that’s pretty much been the Republican plan for education for decades. Hey, you have to do these things.

We, even though you’re not mentally mature enough to understand it, we have to have these talks thanks to Trump and thanks to DeVos. And thanks to the fact that as a Randi, Weingarten points out, they’re burying this information. The CDC is telling us it is not safe. The CDC is telling us we can’t pull this off, but Trump is telling us my election depends on the world, looking normal again. So I’m sorry if that means putting your kid at risk or putting you at risk or, or your teacher or at risk or the administration at risk. Sorry, except I’m not sorry because I’ll do anything to win reelection. That is Trump’s message. And anyone in the educational field, I don’t care. What state, what city, what County, what district you are in, anyone in education that votes for Trump this year or votes for any Republican who pushed for a reopening without the supplies necessary, you’re voting for your own death.