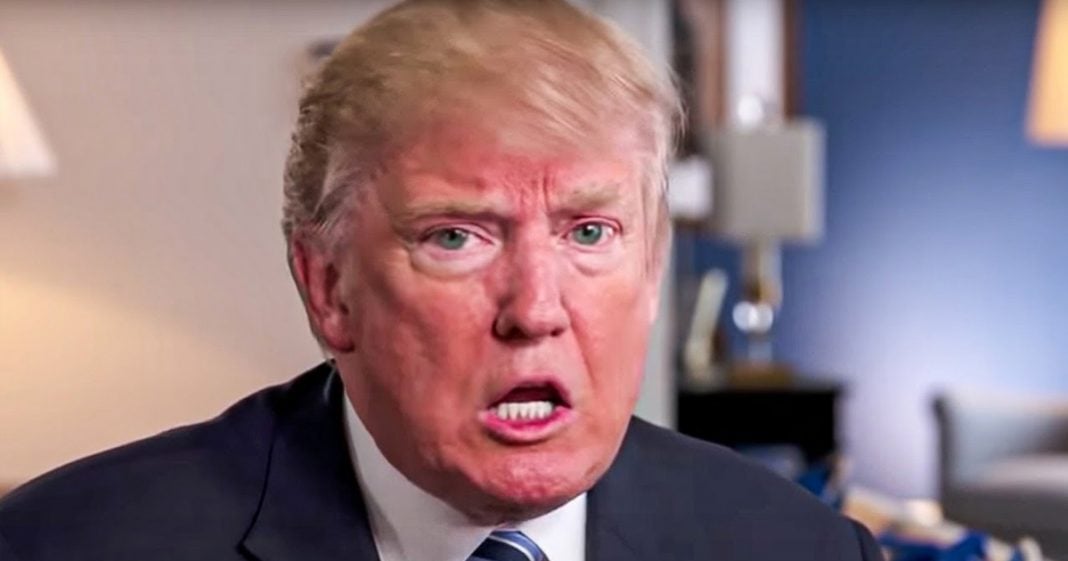 According to reports, Republicans are predicting a pathetic turnout for Donald Trump’s speech at the RNC convention. In fact, they are predicting that the entire convention is going to be a big waste of time due to poor attendance. This is exactly why they don’t need to have a convention at this point, especially since Trump is the incumbent and doesn’t need to be “introduced” to the country as their nominee. Ring of Fire’s Farron Cousins discusses this.

Donald Trump made the decision a few months ago to move his part of the Republican national convention from North Carolina down to Jacksonville, Florida, because officials in North Carolina were not going to allow the president to, uh, ignore the States. COVID-19 guidelines. Meaning people in that arena were probably gonna have to wear masks. And the people in that arena, we’re going to have to have a six foot radius between them and the nearest person, no matter which side of them they were on. So when the cameras panned out to the crowd, you were going to see a sparsely populated arena, everybody at least six feet apart, where in masks, Trump, wasn’t happy with that. So we decided to move it down to Jacksonville, Florida, where the local Republican leadership and the state Republican leadership told him he could essentially do whatever he wanted. You want to have a packed arena with 20,000 people be our guest, Oh, you don’t want them to wear masks, not a problem.

You don’t want social distancing. We can handle that too. Just please, whatever you do. Come down here to Jacksonville. Now poll showed that a majority of the people in Jacksonville, even though this is a Republican city, majority of them said, we don’t want this here. We’re already seeing a small spike in number of coronavirus cases in Florida at the time. And, uh, this is gonna make things worse. And of course, fast forward, you know, a month and a half, however long it’s been a Florida, one of the hottest hotspots in the country for new COVID-19 cases, Disney world just reopened in the middle of this spike, just had our highest day on record a couple of days ago. Um, things are bad and they’re getting worse. And our Republican leaders don’t seem to the care. So as such factoring, all of that in together, according to a new report, Republican officials are not expecting hardly anybody to actually show up for Donald Trump’s convention speech.

Okay, ironic. Right? I mean the whole reason he brought it down here to Florida is because he wanted to have more people there. And now Republican official officials are admitting, admitting in an interview to the New York times. And this includes lawmakers, by the way, they’re admitting that you’re just not going to have very many people showing up to this thing. What so ever now that’s pretty interesting, right? And to be honest, this is a good thing. Not just because it’s going to hurt Trump’s ego or because it’s going to make him look foolish. We don’t need this to happen for, for those things to happen. That happens every day. This is a good thing because we don’t need a big spike in Florida, bigger than what we’re already experiencing. Now keep in mind, Florida schools be going back. I think 10 days like the kids will be back in school for 10 days before this convention even starts down here in Florida. So yes, we’re going to be in the middle of another big spike at that point. That is inevitable. That is what the centers for disease control are telling us. We can’t prevent that if we’re sending the kids back to school. So this is what Trump does

Serves. He deserves To go up there and give a speech to an empty stadium. He deserves to not have, Have anybody show up because of what his influence has done to the state of Florida and other States across the country. But another thing, and this is something I think that Republicans need to consider. Y’all don’t need to have a convention. You didn’t even really have a primary. We know who your candidate is. You don’t need to introduce him to us through a convention. You don’t need to have a grand nominating ceremony at a convention. We know the guy he’s been president for three and a half years. We’re familiar with them. Trust me. We know who he is and what he’s about Democrats. Honestly, with Joe Biden, same thing. We know the guy, we know what he doesn’t stand for already. There’s no need to put people in harms way. Now, if you want to do a 100% digital convention, which honestly, at this point, folks, this is, you know, the year 2020 for the love of God, do a digital convention.

We’re finding all kinds of things we can now do from home. I would think conventions would be one of them. It’s a lot easier. Yeah. Sometimes it’s cool to go around and you see people and you shake their hands. I’ve been, I’ve been to a DNC before convention. Uh, there was a lot of people, there are a lot of famous people. It was kind of cool to see them all. But after about day two, I was like, Holy God, this is awful. I’m ready to go. If there’s thousands of people here and I can’t stand this, it smells. We’re all sweaty. We’re in a media tent, outside of an arena in Denver. Um, but now it was an event. It was interesting. I don’t ever want to do it again. You don’t need to have these conventions, especially not during a pandemic. And if you do, whether you’re Republican or Democrat, I hope nobody shows up for it.