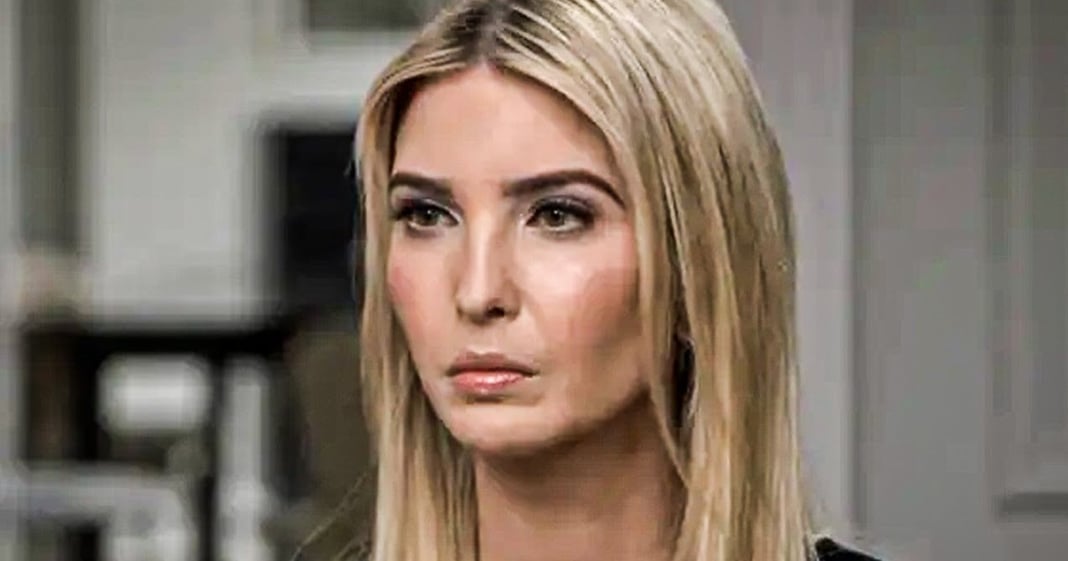 A new ad campaign from The White House says that out of work Americans should simply “find something new”, and the campaign appears to be the brainchild of Ivanka Trump. Not only is this message insulting, but it also undermines the plight of Americans across the country. Ring of Fire’s Farron Cousins explains why this is such a disgusting message.

Ivanka Trump has a new message for all of the 40 plus million Americans who have lost their job during this pandemic. And that message is find something new because it’s that simple right? In the United States today. Just so many jobs out there and so many different fields, we just were running over with the jobs, right? So if you lost for one job, as Ivanka says, just go out, find something new. Now it’s a little more complex than that, right? I know we all want to think that the headlines boiled it down to exactly what it is, but that’s not necessarily the message that this is sending. You know, it is heartless. Don’t get me wrong. But what the white house is telling people to do right now is maybe expand your horizons a little bit. Maybe look into areas that you hadn’t previously looked, maybe go to vocational school, learn a trade, find something new and exciting to do. The problem is the timing and the messaging itself, right? Overall, honestly, when you think about it, this is not such a horrible thing to suggest to people. A lot of people in this country are unhappy with their jobs. They’re unhappy with the field that they’re in and they would love to find something new,

But they can’t cause the opportunities are simply not there. And there in lies the problem with this messaging first and foremost, this find something new program that they’ve launched and they have a website find something new.org. Um, you’re not actually offering to pay. If they go to vocational school, you’re not offering scholarships. You’re not giving them grants. In fact, you’ve kind of cut back on those programs. So how are these people who already don’t have a job supposed to go out there and learn a new trade, learn a new skill, go back to vocational school, go back to regular college to find something new. The answer is they can’t because of your policies. Second part of it, we’re still in the middle of a pandemic, right? It’s very, very hard to find a job. A lot of places aren’t necessarily hiring right now. In fact, most places are still laying people off. And considering the fact that a lot of businesses are doing their work from home stuff, still kind of hard to go in for an interview, right? So that’s the second reason why this is just simply bad timing and bad messaging.

That’s the message. The government should be sending to these workers. But instead they’re just telling them, find something new. Let’s go out there, get a new job. If you gotta go back to school, go back to school, pay whatever it costs. I don’t care. Find something new. That’s why this message sucks. It actually could have. If we had an administration that had both competence and empathy, this could have been a fairly decent program. This could have been something good for the people in this country. The problem is in order to make it good, you gotta have the full support of the federal government behind it. You gotta put money into it, not just Ivanka Trump with her condescending, find something new. That’s not how this works. If the people of this country knew that the government was there for them standing with them, standing there to catch them. If they fall, this could have been a decent program instead just another condescending branding problem from the Trump administration.