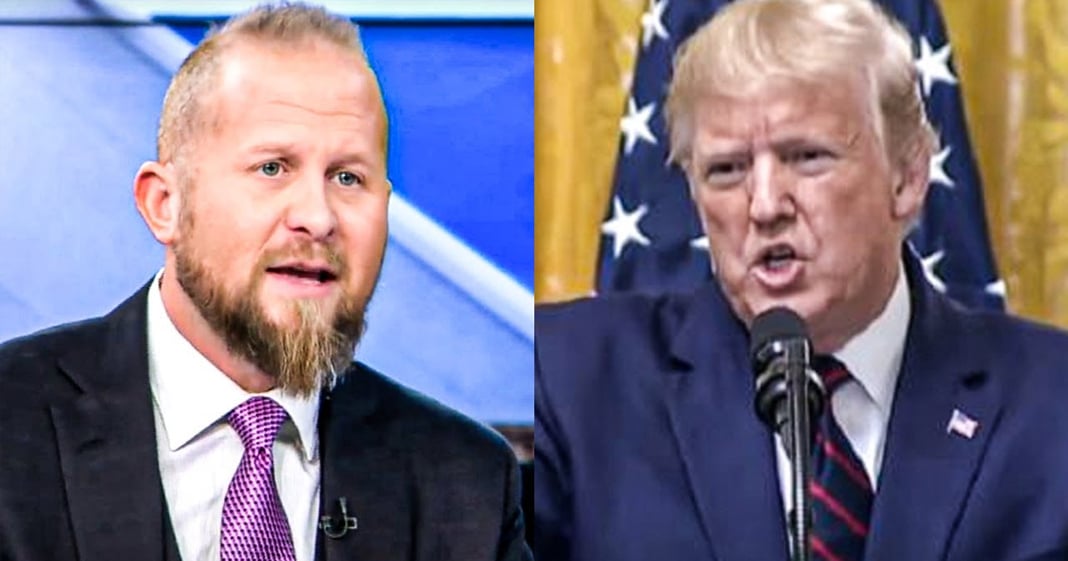 According to reports, Donald Trump has grown so angry at his campaign manager Brad Parscale that he is now doing the exact opposite of whatever it is Parscale tells him to do. This childlike mentality is not going to help Trump win reelection, but if he were to fire Parscale right now, it could be seen as an admission of weakness and error on the part of the President. Ring of Fire’s Farron Cousins explains why Trump is trapped right now.

According to a new report by CNN, the Trump reelection campaign still hasn’t found their footing after that disaster of a rally that they held in Tulsa a few weeks ago. And in fact, things have gotten so bad within the campaign internally that Donald Trump, according to one senior advisor to the president, Donald Trump is now doing the opposite of what campaign manager Brad Parscale tells him to do. And the reason for that is because everyone in the campaign, including Donald himself is blaming Parscale for the Tulsa debacle. And to be honest, yes, they should. This was Parscale’s fault. Not that he thought it was a good idea to have a rally during a pandemic that was bad enough. We all knew that was stupid, but it was Parscale himself who kept bragging on social media about how many people were going to show up to this thing.

We’ve got 200,000 ticket requests, four hundred thousand seven hundred fifty thousand one million people. And he just kept going with it, hyping this thing. And then you had under 7,000 people show up. Thank God, by the way, because even with the 6,000 or so people who did show up, Tulsa is now seeing a massive spike in COVID-19 cases. So yeah, that did happen just like everybody predicted, but it’s all on Parscale. He’s the one who failed. He’s the one who set this up for failure. He is the one who over-hyped it to the point where the failure became a laughable moment for everybody that despises this administration and Trump is furious. And now he thinks that everything Parscale says or does is wrong. Uh, here is what the Trump advisor that spoke to CNN had to say, he does not like Brad. The adviser said noting that Trump has taken to frequently cutting Parscale off during meetings and disagreeing with nearly every position he takes at times, ultimately agreeing with the same position when it is later reiterated by another aide in the room.

It’s very clear that when Brad offers position, Trump decides to be against it. The advisor said, um, that’s not going to bode well, by the way, when you’re trying to run a presidential election in a race that you’re already losing by a lot. So here’s the thing though. Trump has painted himself into a corner with Brad Parscale. If he were to fire him. Now that would be an admission that things are screwed with his campaign and ordinarily, sure. That’s not a problem to admit. Sometimes campaigns go sideways. Sometimes the polls aren’t in your favor. So you have to do something drastic. It’s okay. It happens all the time. In fact problem is Trump has spent the last couple of months telling us that that’s not actually happening. That’s all fake news. It’s fake polls, fake news, fake. I don’t know what just fake everything. Everything is cool with the campaign. Nothing is bad, nothing is wrong. Everybody’s doing great. We couldn’t be happier. So if he fires Parscale, that would mean that the last three, four months of lies were in fact lies. It’s an admission that you weren’t telling the truth. That’s why he cannot do that right now. It would also add a time when his campaign already appears to the public to be in chaos. It would confirm that the chaos does in fact.

So he can either admit that he lied, admit that there’s chaos and that he also lied about the chaos, or he can keep the horrible campaign manager who doesn’t know what he’s doing. He can’t win with either of those options. And that’s the best part about all of this. Now, if he were actually running against a competent opponent and not Joe Biden, that competent opponent would have already taken huge advantage of all of this, but because it’s Joe Biden, we’re left, hoping and praying that Trump can torpedo himself because God knows there is no enthusiasm behind Joe Biden.