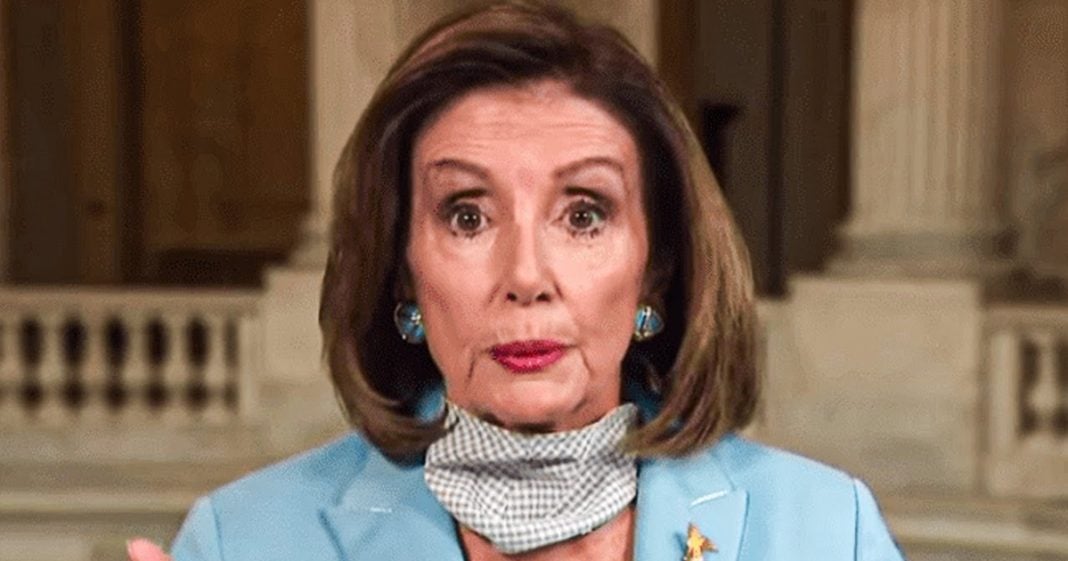 The Lincoln Project has emerged as a force to be reckoned with during this campaign, and their only goal at the moment appears to be removing Trump and his loyalists from office this year. They have put out some scathing ads, and they are doing the heavy lifting in terms of getting under Trump’s skin and reminding the public how awful he is. But the Democrats might be letting them go a little further than is necessary, and it could backfire on the Democrats when this election is over. Ring of Fire’s Farron Cousins explains what’s happening.

Democrats running for office this year, have an unlikely ally out there that unlikely ally happens to be the never Trump Republicans. Most of whom coming from the Lincoln project. Now, by now, I am sure you are well, well versed in what the Lincoln project actually is, what they are doing, who was part of it. And let’s be honest, they’ve put forward some of the most scathing anti-Trump ads imaginable. In fact, they’re also targeting Trump loyalists, uh, in Congress, they’re doing good work, but they are not allies. Absolutely, absolutely. Under no circumstances. Should we embrace these Republicans as our allies? These are the people who screwed up government to the point that we got go, uh, Donald Trump as president. They’re responsible for that. And they want to go back to that. The only problem they have with Trump is how he behaves. They have no problem with the policies.

They have no problems with the deregulation. They have no problem with his judicial picks. They love all of that. They just don’t like him personally, if he were not in office and they could replace him with one of their own, I promise you, we would not see a single bit of difference in policy coming out of the white house compared to what we have today. But here’s the kicker. The Democrats have been a little too accepting, I guess, of the Lincoln project and all of these never Trump Republicans and what they have done by being so accepting of them is they have effectively allowed these groups, these Republicans to hijack the democratic party. You know, there was a fantastic article in the week, this week by Ryan Cooper, where he explained all this to, and I have said this time and time again here on ring of fire, these people are not our allies.

They do not believe in the things that we believe in, but Cooper took it one step further than I ever have and made some amazing points about how we have allowed these never Trumpers to co-opt the message of the democratic party. And eventually this could lead to them reshaping what the democratic party is and what it stands for. And as I mentioned, these people stand for everything we are supposed to be against. You know, the deregulation, the conservative judicial picks, not just at the Supreme court, but at every level of the judiciary. They’re not in favor of helping the environment. They’re not in favor of increasing the minimum wage. They’re sure as hell never going to be in favor of a universal healthcare or debt-free college. We have nothing in common with these people other than we all hate Donald Trump. Well, guess what? You could, uh, swing a dead cat in this country and hit a hundred people who also hate Donald Trump.

That doesn’t mean we agree on anything else. Donald Trump is universally, and this is not an instance where the enemy of my enemy is my friend. No, they’re all our enemies folks. We have to remember that if we try to make peace with them, if we try to make nice with them, we are headed for another eight years of what they did to Barack Obama, because these are the same people that did it to Obama. Remember that unprecedented Republican obstruction from the Senate. Yeah, that’s these people. That’s that’s Lincoln project advisors. That’s Lincoln project, a think tankers who told Republicans to do that back then? They’re not our friends. They’re not our allies. What they’re doing with their ads is phenomenal. Absolutely. But stop welcoming them to the table. Stop allowing them to have a voice within the democratic party. They hate Trump. Fantastic. They can spend their money running these awesome ads as much as they want, but that’s the extent of it.

During the primary, they did everything imaginable to sideline, real Progressive’s and an Avara conservative columnist hates Trump also hated Bernie Sanders and spent most of the, uh, last year writing column after column, after calming about how horrible Bernie Sanders is bill Kristol part of the Lincoln project, man. He hated, uh, Bernie Sanders too. They don’t want real progress to happen. And they know if they can keep that democratic party right about in that center, then they don’t have to worry about anything ever changing. That’s what they want. They want things to be the way they are under Trump. Just with somebody who’s not as abrasive on the outside. Those are not our allies. They are still our enemies. They need to go do their own thing. Democrats can do their own thing, but if you team up with them, you are admitting defeat and you are surrendering the democratic party for good.