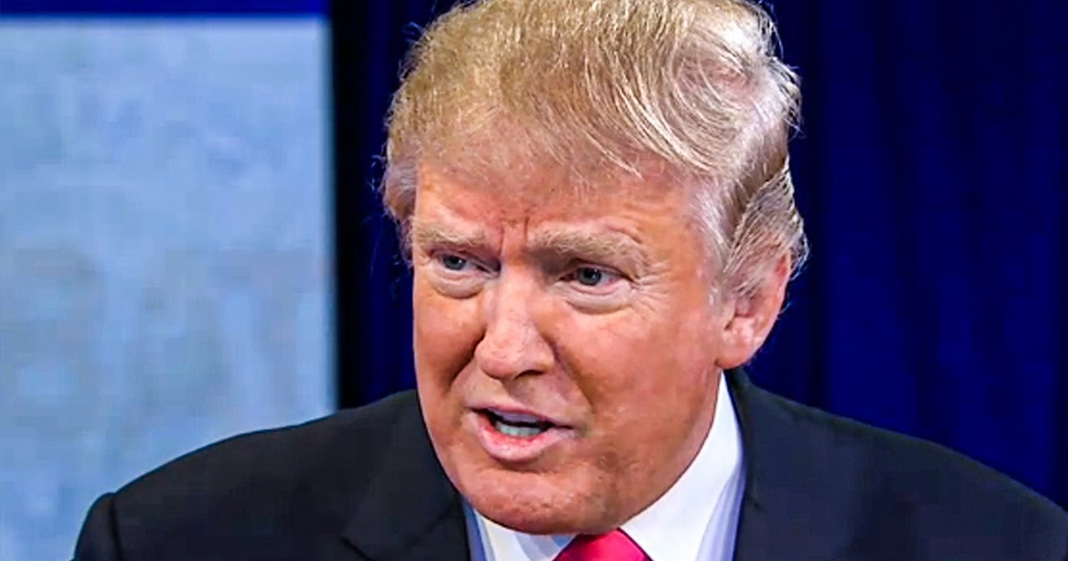 According to the former director of the Department of Homeland Security, Donald Trump wanted to sell the U.S. territory of Puerto Rico following Hurricane Maria because he didn’t want to have to deal with the damage on the island. This is exactly what happens when you run the government like a business and treat people as commodities instead of human beings. Ring of Fire’s Farron Cousins discusses this.

According to recent interview with Elaine Duke, who was Donald Trump’s, former acting secretary of Homeland security. She claims that in the aftermath of hurricane Maria, that absolutely decimated Puerto Rico, that Donald Trump had actually considered selling the U S territory because he simply didn’t want to deal with the problems. Uh, according to Duke, this is what Trump said. Can we outsource the electricity? Can we sell the Island? You know, or divest of that asset, divest of that asset. Now, for those of you who aren’t fully familiar with the financial industry, jargon divest of the asset means get rid of it. You know, you’ve got an asset. That’s not performing well, that’s not doing well. That’s just bringing you down. So you divest of it, which means to simply get rid of it. And that’s what Trump wanted to do according to Elaine Duke with Puerto Rico.

Why? Because Republicans wanted to run the government like a business, and that’s how you would run a business. But that’s why running the government like a business is an insanely stupid idea because it’s not the same thing. And it can never be the same thing. You can’t run the government like a business, just like you can’t run a business like a government. See governments are okay, running massive amounts of debt. They’re okay going over their budget. But what they always have to do, whether they want to or not, it always comes back to this. You got to take care of the people in your country, because if you don’t, then you’re going to have some real problems on your hand businesses. On the other hand, don’t necessarily have to do that. All they have to do is worry about making more money than they spend. That’s why the two cannot be run in the same method, but Trump thought he could bring his business savvy to the United States.

And to be honest, he has he’s bankrupting this country much like he bankrupted seven different businesses. When he was in the private sector, he is not good at this. And his history shows that he is not good at this, but with Puerto Rico, that’s what he wanted to do because it was difficult because it was tough because he didn’t know how to handle this specific situation. So he thought the best way to handle it was to just pass it off to somebody else and let them handle it. These people on the Island of Puerto Rico are American citizens. This is an American territory. They have the same rights that we have. They don’t necessarily have all the same benefits that we have seeing is how we don’t let them have proper representation of Washington, DC, which is one of the reasons they need statehood, but that’s conversation for a different day. For right now, we have to deal with the fact that we have a president who cared so little about his own citizens, that he was willing to literally sell them to anyone who was willing to pay the price so that he didn’t have to deal with them anymore. This man actually wanted to get rid of them part of America because he didn’t know how to handle it. And of course, because they weren’t big fans of his on a, to sell part of the country out of spite.