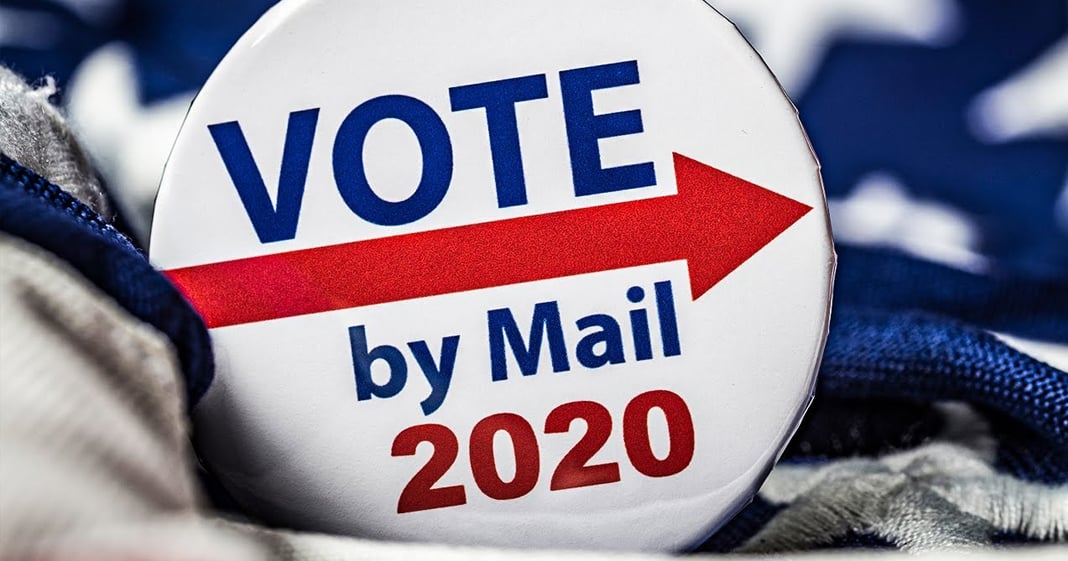 Voter fraud is exceedingly rare in the United States, but the few cases that have been verified in recent years all seem to show Republicans as the main culprits. Either they are the ones committing all the fraud, or they’re just so bad at it that they are the only ones getting caught. Either way, this appears to be a Republican problem, and the latest case of voter fraud is another example of Republicans trying to game the system. Ring of Fire’s Farron Cousins discusses this.

Election fraud is exceptionally rare here in the United States. But over the past few years, we actually have had several examples come up. Uh, people have in fact, been arrested and prosecuted, uh, for election fraud and voter fraud. And it turns out, uh, back in, in may, we had another one yet another person caught falsifying ballot requests. And like all of the other instances over the past couple of years here, this person appears to have been a Republican because even though voter fraud is exceptionally rare in this country, the few instances we do have over the last few years, uh, appear to all, all a L L all be from Republicans who were three instances in the 2016 presidential election of Republicans attempting to vote for Donald Trump twice. There was of course the infamous, uh, North Carolina’s ninth district where the Republican candidates people, he was allegedly not involved in any of this.

Uh, his people were ballot harvesting, filling out ballots for people who had requested absentees, total voter fraud. I mean, these people should absolutely be thrown in prison. And then we had another instance in West Virginia just a couple months ago, a mail carrier was actually changing people’s ballot requests forms, uh, cause these were people. These were not actually ballots. These were people who sent in the request forms to get ballot so that they could vote by mail this year. They didn’t want to get out and about due to the pandemic, cannot blame them for that whatsoever. So they sent in their ballot requests and this mail carrier collected these requests and changed several of them. The registration from Democrat to Republican and others. It doesn’t say exactly what he did. It just says they were otherwise altered. And they know this because he did it in a black pen and they had not actually been filled out in a black pen. So immediately that raised a red flag. They caught him because he was an idiot and they caught him changing people from Democrat to Republican.

Here’s the thing, folks. They caught him. Right. And I think that’s the important thing we need to focus on. They caught him doing this. Now he and his lawyer say, Oh, Hey, it was just a goof. I was just messing around with people. Right. What’s the big deal. Bunch of wise guys. Yeah. I dunno how he talks. He’s in West Virginia. So I doubt he talks like that, but nevertheless, that’s what happened. They said he’s just joking around and just did it as a goof, as a Lark. Actually it was the word his lawyer used, but they caught him. And that should give hope to all of these people who say you can’t do vote by mail because it’s too ripe with fraud. Right? Okay. Well, this guy tried to do it and he got caught and he was the fricking mailman. Okay. You know, this guy was able to get these balanced, just sneak them in wherever and they still caught him.

That’s the lesson we need to take away from this. We also need to take the lesson away that Republicans are going to try to cheat. It’s what they do. We have historical context that proves this. We have evidence from 2016, from 2018 and from two fricking months ago that show that yeah, occasionally there is cheating, but unfortunately for Republicans, every time it happens, it’s their party that gets busted doing it. So either they’re the ones committing all of the voter fraud out there, or the Democrats are just so darn good at it that they’re not dumb enough to get caught. I’m going to go with option a, because I think if the Democrats were doing this based on what we’ve seen from them, they’re not clever enough to get away with it either. They’re just decent enough in that regard to not attempt it.