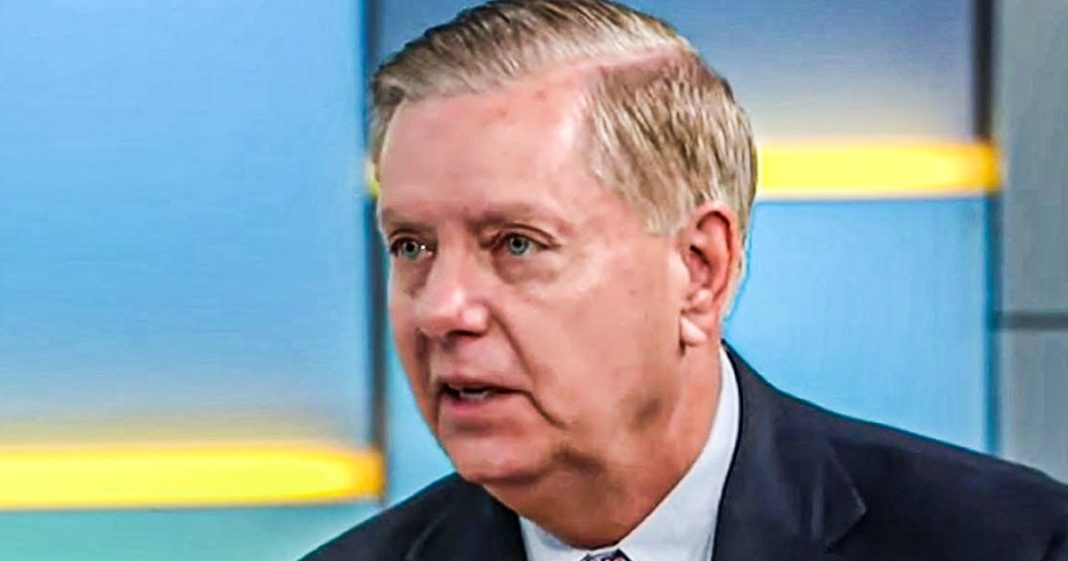 Jaime Harrison, the Democrat challenging Lindsey Graham in South Carolina’s Senate race this year has just posted a record-shattering $13.9 million fundraising haul. The race is neck and neck, and this kind of money could give Harrison the edge over Graham as Trump’s behavior keeps putting Republicans on the defensive. Ring of Fire’s Farron Cousins explains what’s happening.

Some good news out of, uh, South Carolina this week as Lindsey Graham’s democratic challenger, man, by the name of Jamie Harrison has raised nearly $14 million for his Senate race in the second quarter of 2020. He outraised Lindsey Graham and the first quarter of this year, and according to reports though, Lindsay Graham has not yet released the full amount that he has raised for the second quarter. Uh, by all accounts, Harrison has clearly outraised him in the second quarter as well. Here’s the problem. This may mean nothing. It may mean everything. It may mean nothing right now. The Senate race in South Carolina is a little bit too close to call, but of course the voting hasn’t happened yet. And right now projections do still have North Carolina or South Carolina, excuse me, as likely Republican, although that has changed from solid Republican to likely Republican. So that’s good. You know, Harrison is catching up to Lindsey Graham in the polls. Lindsey Graham is universally hated across this country, but maybe not so much. So in South Carolina itself, what we could, and this is the depressing part, what we could end up seeing happen in South Carolina is a repeat of what happened in Texas with Beto O’Rourke. Ted Cruz is also a universally hated figure,

But not necessarily in his home state. And that’s why a lot of the money that Beto O’Rourke was able to raise tens and tens of millions of dollars each quarter. It wasn’t from people in Texas. You know, you had a lot of, of Hollywood liberals as Ted Cruz said, pour and money in there. And that’s true. You had small donors from all over the country, sending money to Beto O’Rourke hoping that he would be able to take out Ted Cruz. One of the more disgusting Republicans in the Senate. And ultimately he came close. He came closer than anybody could have imagined, but he wasn’t able to seal the deal. And I hope that’s not what we’re looking at in South Carolina. I like Jamie Harrison. I would love to see Jamie Harrison, an African American man become the next Senator from the state of South Carolina. That would be a huge step forward for South Carolina.

And I would love to see it happen, but I don’t know if that is possible. I don’t know enough, uh, really, to be perfectly honest with you. I don’t know enough about the voters of South Carolina to know what they feel today, to know how they feel today. To know if Lindsey Graham really is their guy. I mean, I’ve seen the polls. We can read the data out of that, but actually being there, being on the ground there and talking to these people, it’s kinda hard to get, uh, to get a real gauge on that because South Carolina does not necessarily face the same issues that Texas does. You know? So when we saw Ted Cruz run his campaign against Beto O’Rourke, he was able to hit on some things, hit on certain fears that Texans have fears that are not based in reality, but Republicans pretend that they are, and that helped Ted Cruz win South Carolina different set, right?

You can’t necessarily run on the people coming over across the border because in areas of Texas, that is a real issue. South Carolina, not so much when people come across the border, it’s because they’re coming down from North Carolina or up from Georgia, not exactly people, you know, run fear campaigns about you should, you could, but you don’t nevertheless different set of problems, different state. And without actually being on the ground there in South Carolina, it’s kind of hard to see if Jamie Harrison’s massive money hall is going to be enough to convince voters, to dump Lindsey Graham after decades of having this horrible human being as their center. What Harrison needs to continue to do is hit on the fact that Lindsey Graham has done nothing for the state that Lindsey Graham is only out there to support Lindsey Graham, that Lindsey Graham only cares about advancing his own selfish interests. That Lindsey Graham is a flip-flopper who sold out his best friend, John McCain, just to get closer to the president of the United States. Those are things that will resonate with South Carolina voters hopefully will resonate with enough of them to make Lindsey Graham have to go back to South Carolina for the remainder of his career.