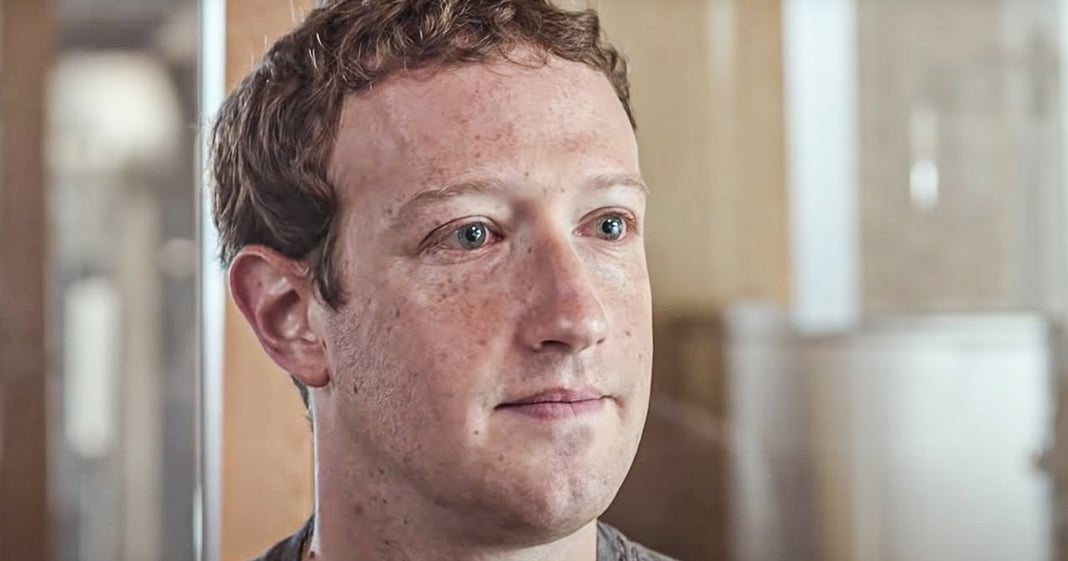 According to a new analysis out this week, Facebook has become the leading source of fake news about Covid-19, far surpassing other forms of social media. Facebook has become a conspiracy theorists dream, as little to no regulation by those in charge of the company has allowed the dumbest ideas to reach the largest possible audience. Ring of Fire’s Farron Cousins discusses this.

There’s lots of misinformation out there floating around about COVID-19, you know, the coronavirus, pandemic and everything else. You know, that the death tolls, the infection rates wearing of masks, you know, whether it’s a particulate borne, whether it’s airborne, whether you actually have to make physical contact with the people. Uh, and that’s been floating around by the way since day one, uh, you know, misinformation about the symptoms and a lot of that, and the beginning actually had to do with the fact that we didn’t know a whole heck of a lot about this, right? We didn’t know if this was going to be something super serious. We didn’t know if this was going to be something that was just going to blow over like some of the other things. But now there is no question for months. There has been no question, unless of course you get your news from Facebook, in which case more than half of the articles, spreading misinformation verified to be false information.

That’s where it’s coming from, from Facebook, more so than any other social media outlet, Twitter, WhatsApp, Instagram, YouTube, the number one spreader of fake news about COVID-19 is Facebook. This is not surprising. We have the older generation that has a, you know, kind of taken Facebook over from the only college kids days when it first started. Now, you know, our parents, grandparents are all over Facebook and spreading news from weds websites, like the daily eagle.net. You know, things you’ve never heard of, but they believe it as gospel truth because after all, somebody took the time to write an article, they wouldn’t do that. If it was fake, by the way, actually that is an excuse. I have seen from multiple different people on Facebook like this isn’t satire. So why would somebody sit down and write all of this? If, if they knew it was untrue, that’s, that’s the mentality that we’re dealing with with some of these.

And I hate to, you know, pigeonhole people, but some of these elderly people who are on Facebook, not all of them by any stretch. And it’s not only limited to the elderly folks, but let’s be honest. A lot of it does rest there. Younger folks can be just as naive younger folks are out there acting like they don’t need to wear mass and they don’t need to social distance. But folks, this is about Facebook. It’s not about the users themselves. To be honest, this is about Facebook. This organization has to do something. They are so far behind the rest of the social media world, where it comes to cracking down on misinformation, especially on something like this, okay, this is life or death. This is a real society changing event that we are currently going through. And Facebook is just out there saying, nah, just let him say it. Just whatever we don’t want to be seen as policing the speech. We don’t want to censor conservatives. Cause that’s where a lot of this is coming from And that’s their problem. They’re too weak. They’re too afraid of chasing off those advertiser dollars. So they let it fly. And by letting it fly, they’re letting people spread this misinformation, causing more people to get infected, causing more people to die. That is what Facebook is actively engaged in right now. Folks, if you see something from a website you’ve never heard of, don’t share it. Don’t spread it.

If you can source it back to a reputable news outlet, do that, but always double check, you know, freedomEagle.com.net Is not a real thing. Make sure you have heard of the outlet. And even then that doesn’t always mean that it’s true, but I can promise you if it’s coming from a website that you have never heard of in your entire life and you’ve spent your whole life online, probably best to just glaze over it, right? Pay it. No attention, act like it doesn’t exist and move on. Furthermore, don’t rely on your crazy friends from a high school 20 years ago to post reliable stuff on Facebook. And that’s where you get your news. No, go and be an active new seeker yourself. You don’t want to fall into these traps. Most of it’s on Facebook. A little bit of it’s on us though. Maybe we should stop being so damn gullible, but at the same time, maybe we should also be a little bit louder when we demand that Facebook do a better job of very easily fact checking some of the crap that gets posted on their social media website every second of every day,