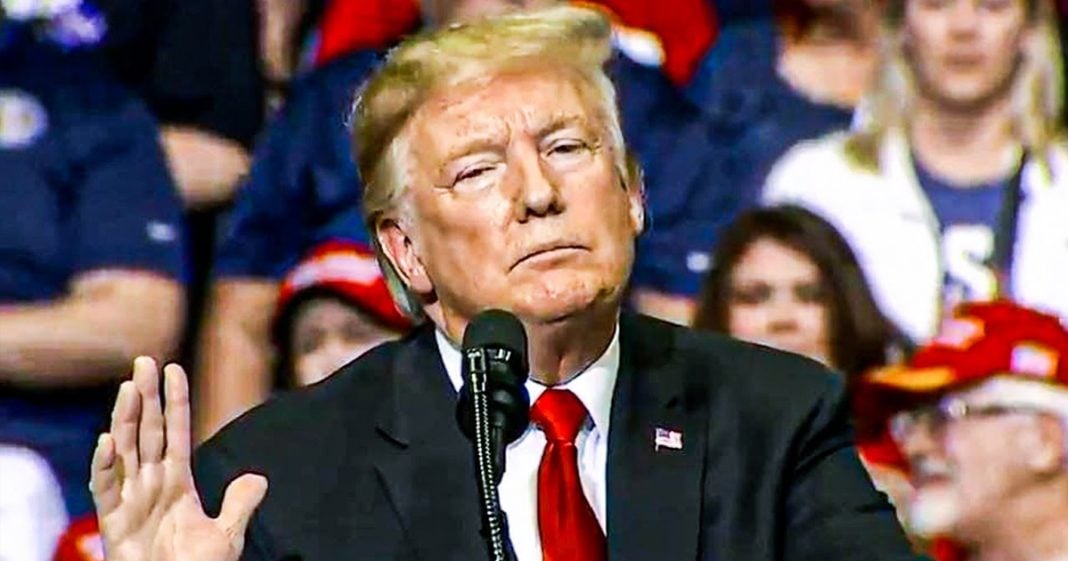 According to Mary Trump’s new book, Maryanne Trump, the sister of Donald, believed that her brother was too racist to ever actually win an election in the United States. She was wrong, but not about him – she was wrong about the American public. And of course, this claim does put cold water on claims that Trump isn’t really racist, but just playing to a subset of the Republican Party. Ring of Fire’s Farron Cousins discusses this.

Of all of the revelations that have come out, uh, prior to the public release of Mary Trump’s new book, uh, too much and never enough. One of the most important ones is that Donald Trump has always been a bit of a racist. That to me, especially with what we’re seeing right now, that’s the big one. That’s the one that everybody needs to be paying a little bit more attention to. And in fact, according to Mary Trump, what she says in the book, her aunt Maryanne, Trump, Donald Trump’s sister, believed that Trump’s racism should have, or would have prevented him from ever becoming president of the United States to begin with. Um, here’s what she says. Uh, you know, the book recounts, Mariana and Mary agreeing that the blatant racism displayed by Donald Trump in the infamous speech announcing his presidential campaign would be a deal breaker that was in 2015.

When Trump referred to Mexican immigrants as rapists and said, Mexico’s not sending their best. And then it’s followed by this passage in the book. This is from the book. White evangelical started endorsing him, Marianne, a devout Catholic ever since her conversion, five decades earlier was incensed. What the fuck is wrong with them? She said, the only time Donald went to church was when the cameras were there. He has no principles. None. That is what his own sister said about him. According again, to this book, no principals never goes to church. Doesn’t even care. And of course that he’s too racist to be president of the United States. Now, the reason to me, this is such an important passage again, if true is because we have seen some people try to excuse the racism that we see from Donald Trump, by saying, he’s just playing to a base.

He doesn’t necessarily mean this. I mean, how could he be racist? He’s got people like Ben Carson, an African American in his administration. He was good friends with Omarosa. You know, she’s African-American, he knows lots of black people, folks. Clearly he can’t be racist. We see this from Donald Trump apologists all the time. Guess what? You can have black friends and you can still be racist. You can enjoy a nice taco bowl from Trump tower and still hate people from Mexico. That is possible. That’s a thing that can happen because we’re seeing it happen right now with the president of the United States, he has made it clear that he is doubling down on racism, that this is exactly what his 2020 presidential campaign is going to be about. It got him the office in 2016, except it didn’t get him the office in 2016 folks. That’s the thing.

People don’t understand. Well, that’s the thing he doesn’t understand. I think the people get it because the majority of people in this country didn’t vote for him. The electoral college gave him that it was a perfect storm of fuckery that allowed Donald Trump to even win in the first place. Had it not been for one out of a million different other outside factors that screwed up 2016. Trump wouldn’t be president. It took so much. I mean, Hillary Clinton who was universally hated in this country, had it not been her, had it been any other Democrat, boom, different outcome, had it not been for James [inaudible], Jim Comey, his announcement, boom, different outcome. Had it not been for our ass backwards electoral college system here in the United States, which was designed to preserve racism by the way, different outcome. But Trump thinks he can win it again in 2020 using the same formula. But this time I think his sister and his niece are right. I think that Trump’s blatant. Racism is absolutely going to be disqualifying with voters. This coming November.