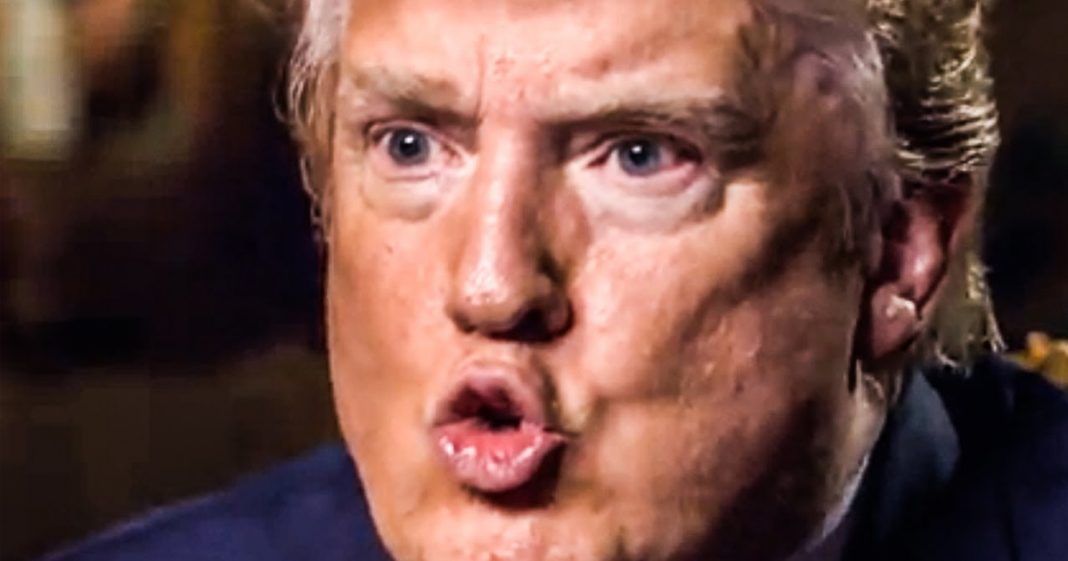 Donald Trump’s attacks on protestors and his defense of confederate monuments and their flag show that the man is going full racist ahead of the 2020 election. He views his campaign and his administration as having nothing to lose at this point, so he is hoping that diving headfirst into racism is going to save him. But this will only excite his ever-shrinking base and turn off moderate voters, as Ring of Fire’s Farron Cousins explains.

As Donald Trump continues to watch his poll numbers sink further and further both with his approval rating and in his head to head match ups against Joe Biden. He understands that both his campaign and his presidency are in total shambles. So at this point he’s a man with nothing left to lose, right? So he has decided to go all in on racism. He truly believes that being more racist than any modern president we’ll win him more votes. We saw it on full display on Monday, when out of nowhere, he decided to go ahead and tweet out that a bubble Wallace NASCAR racer was, was lying about the news that was found in his garage. Even though they’ve released the picture and that’s a news have no way around it, it wasn’t just a regular poll string. It was a fricking news. And in the same tweet, he defend, uh, defended the Confederate flag.

He said that NASCAR should not have banned the Confederate flag. That’s racism. That is 100% full blown racism folks, not to mention the fact, the Confederacy as plenty of others have pointed out was around for five years. And it was treason. That is what the Confederacy was founded upon. It was treason. It was not. The United States of America was the Confederate States of America. They sustain seceded from the U S that’s treason. It should not be celebrated in any way, shape or form. It is not anybody’s heritage. It is not anybody’s history. It’s five years. The big bang theory was on the air for twice as long. That doesn’t mean it’s our heritage, but Trump is defending it because he thinks that’s going to help him win. And his staff is furious, both his white house staff and his campaign staff, because they understand this is a stupid strategy and it’s a losing strategy.

He is not going to win over any new voters with the overt racism. He is not going to attract moderate, suburban women to vote for him by saying, hell yeah, let the Confederate flag fly at NASCAR events. They don’t care about that. They don’t want that, but Trump thinks they do. And of course he thinks that people are more racist than they actually are. And maybe he’s right about that. You know, I think more people in this country hold racist beliefs, whether they know it or not, uh, then they realize, but that doesn’t mean it’s a majority. And that certainly doesn’t mean that people are going to vote based on that, but he is counting on it. He’s thinking they will. And this is just the beginning, you know, his defense of the statues as well, the Confederate statue, same thing. He is trying to double, triple, quadruple down on the racism.

And yeah, it’s not going to work electorally. It’s not going to pick him up votes in States. That actually matter in terms of the electoral college, what it is going to do is turn off more moderates. But it’s also going to put lives in the United States at risk. That’s the real threat here. We have seen plenty of whack jobs over the years, get inspired by the words and actions of Donald Trump who have turned that inspiration into violence. Some actually carried it out. Others were caught on their way to do so, but that’s what could easily happen with these, uh, you know, calls for more racism in the United States that the president is making. If he is allowed to continue to make them, this is hate speech, what he is doing, absolutely hate speech. The veil is off the campaign is racism, and it’s going to cost him in 2020. And let’s hope that that is the only thing. This racism costs us.