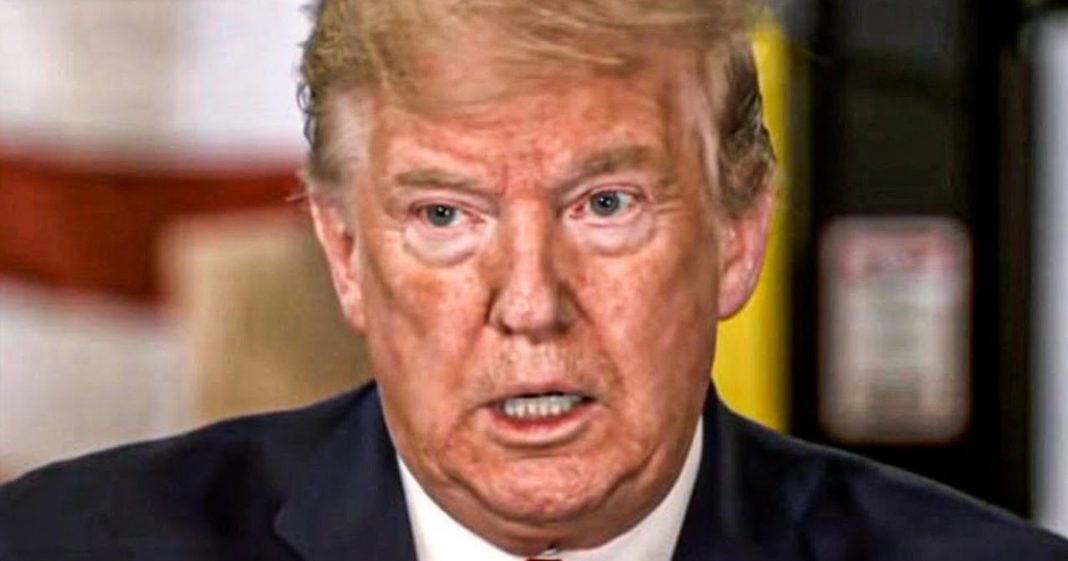 At least 40 different lobbyists that have been connected to Donald Trump over the years have taken in a combined $10.5 billion from the Covid-19 relief funds allocated by Congress. Trump has always said that he takes a strong stance against lobbyists and the so-called “swamp,” but his actions are no different than any politician. Ring of Fire’s Farron Cousins discusses this.

According to a phenomenal new report by public citizen out this week, at least 40 different lobbyists, all with connections to Donald Trump in some form or fashion, 40 different lobbyists connected to Trump have taken in over 10 and a half billion dollars lobbying on behalf of clients for the COVID-19 relief funds that were allocated by Congress. Now these 40 lobbyists are people who came from the Trump administration itself. They came from the Trump and all Euro committee. The Trump campaign they’ve been advisors one way or another. They have all in recent years, worked for Donald Trump. And in spite of the fact that Trump did issue that executive order that says you can’t do that, they’re still doing it. And in spite of the fact that Trump says he is draining the swamp, it turns out he is in fact folks contributing to it even more, which was completely predictable.

Nobody who looked at this campaign in any serious way. You know, nobody who looked at this, that wasn’t conned by the man thought for a second, that he was going to actually drain any kind of swamp. But what this report does is shows us that not only did he not drain the swamp, but that he is yes, contributing to the expansion of the swamp that’s what’s happening right now. Donald Trump may not have been, you know, the, the DC insider that we see running for office all the time, but it didn’t take him long to assimilate. Did it, you know, three and a half years, not even actually, and he’s doing it with the best of them. He’s got that revolving door taking place inside his own administration. He’s abusing the power, firing the people, investigating him, putting, uh, old guard Republicans in positions of power because he knows they’re just the, you know, party loyalists, cronies.

That’s what this administration is all about. It is not about any of the things that this man actually ran on. Not that again, any of us took those seriously, but I think that is something that the Trump supporters out there need to keep in mind when they head to the post this year, what were some of the things he promised you? And I’m not talking about the build the wall folks, right? Those people are beyond saving. I’m talking about the average everyday normal working class. People who saw Trump run in 2016 and said, Hey, he’s saying some things I like, like, I’m going to lower prescription drug prices. He said that I’m going to bring back American manufacturing jobs. And another thing he told us repeatedly, he told us that he was going to end the corruption in DC. He’s done none of those things.

He’s done. Absolutely nothing. Prescription drug prices are higher than they have ever been. And they continuously get higher every single year drug companies don’t hide the fact that they’re raising prices for us every single January, because they can not because their costs have gone up just because they can, he’s done nothing. He hasn’t kept any of his promises. And when it comes to the swamp, he is making it just as swampy as everybody who came before him. And now that may not matter to his base, they’re still gonna go out there saying he drained the swamp and that he’s built the wall. But to the people who aren’t the maggot hat, wearers, they just voted for Trump because he said a couple things. They liked. Those are the people that the president is going to lose in November. And hopefully he loses enough of them to be a one term president.