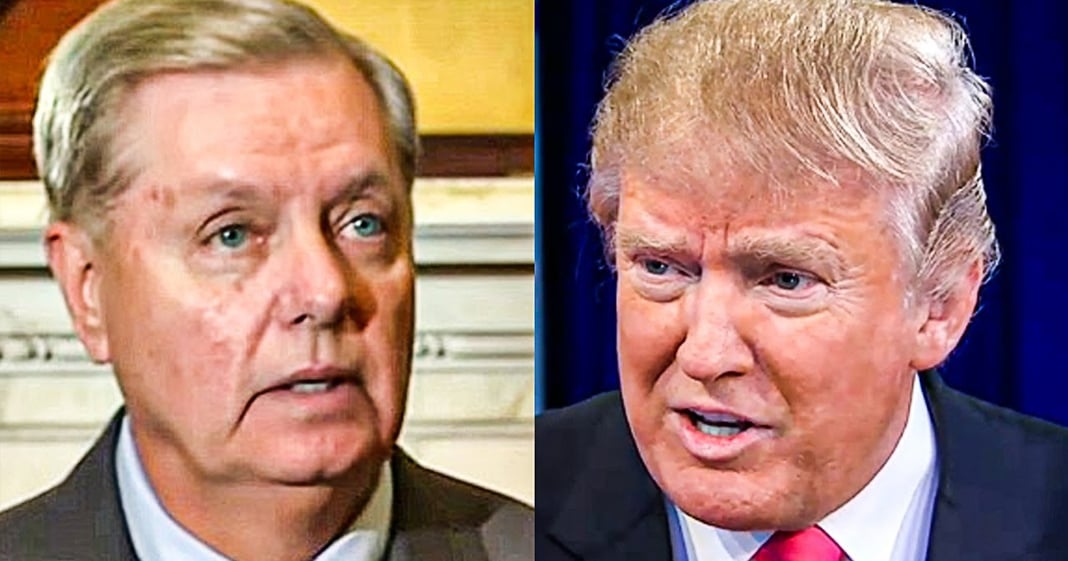 Many years ago, Republican Senator Lindsey Graham issued a warning to Republicans: “If we nominate Trump, we will get destroyed…….and we will deserve it.” It may have taken a little bit of time, but Graham’s prediction is finally coming true as Republicans are facing obliteration in November’s elections, and it is all thanks to Donald Trump and his incompetence and arrogance. Ring of Fire’s Farron Cousins discusses this.

On May 3rd, 2016, Republican Senator Lindsey Graham tweeted out the following. He said, if we nominate Trump, we will get destroyed and we will deserve it. Well, flash forward a little over four years, right? Lindsay Graham is now good friends with Donald Trump. He has thrown away the facade of actually caring about the Republican party and he has fully embraced Trump ism as have plenty of other, uh, DC Republicans. And even though they may not have been destroyed in 2016, thanks to the electoral college. Today is a completely different story today. The Republicans are getting destroyed today. The Republican party is panicking because they’re watching Donald Trump’s poll numbers continue to plummet. They’re watching as their chances of retaining control of the Senate, go down the tubes, just like Trump’s approval rating analysts and insiders from her Republican party. Over the last two weeks have expressed these fears publicly.

They have admitted in interviews that they believe Donald Trump is going to take down the entirety of the Republican party. So Lindsey Graham may not have known it at the time, but his tweet was rather prophetic, right? He may not have had the timeframe in mind, but it is coming to fruition. Now the Republican party is getting destroyed and as Lindsey Graham said, they deserve it. They deserve everything that is happening to them. Right now, consider a couple quick facts. Right? First and foremost, you put up a guy you allowed him to take over your party, who has no experience with government whatsoever. And he packed his cabinet with most people who, uh, also have no government experience whatsoever. You know, Kushner, Ivanka, Ben Carson, Betsy Davos, all of them have been absolutely horrendous since coming to Washington, DC, uh, possibly out of that entire group, uh, the worst who would be Kushner and DeVos herself.

Uh, but that’s what you get. That’s what you deserve at this point. You deserve to have those names associated with your party. You deserve to have their incompetence associated with your party, and you deserve to have Trump at the top of the ticket because as we have repeatedly pointed out, Trump is not the problem with your party. He’s the manifestation of the problems that you had that went on addressed for decades. This is what happens. This is what metastasizes Donald frickin Trump. So Lindsay Graham, again, he may not have known it at the time. He didn’t know it was going to take four years, but finally, according to the polls, according to the insiders in the party, according to the fact that they can’t even get their big money donors to write those big checks anymore. Yeah. Lindsey Graham was right. The Republican party nominated Trump and they’re absolutely getting destroyed for it. And as Lindsey Graham said, they absolutely deserve it too.