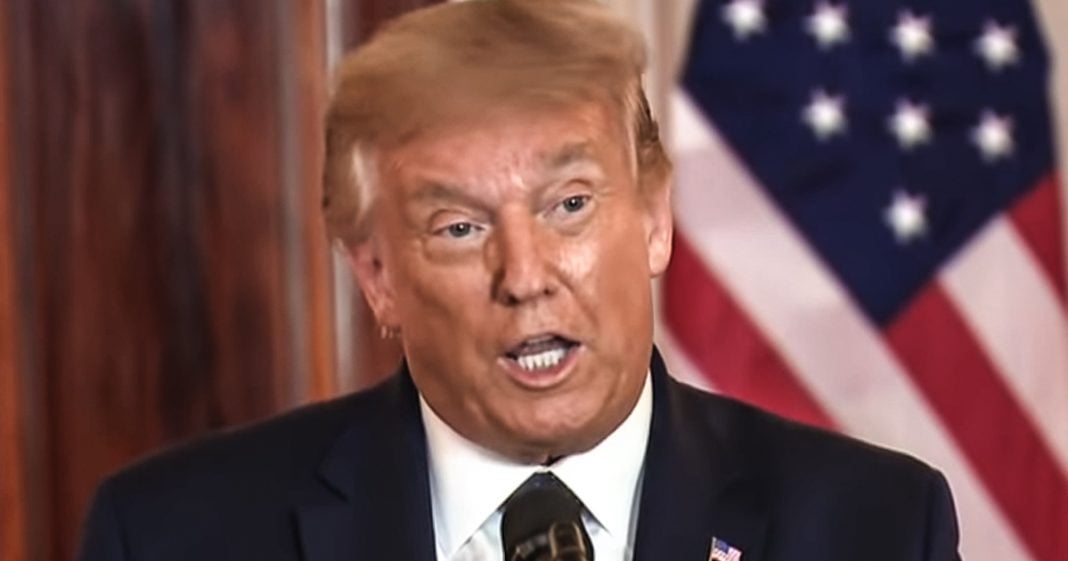 Rasmussen is the only polling company that Donald Trump trusts, and the pollsters there have consistently given Trump better numbers than any other polling company. This week, they gave Trump some numbers that would make anyone cringe, and they paint a very grim picture for the President. Not only has his approval rating hit a new low, but he has also cratered his support from members of his own Party, according to the new poll from Trump’s favorite pollster. Ring of Fire’s Farron Cousins explains what’s happening.

Donald Trump has been no stranger to some really, really bad poll numbers throughout his entire administration. And the last few months have delivered nothing but bad news for the president. Basically since about mid April, his poll numbers have taken an absolute nose dive. Prior to that, he at least had a little bit going for him with a majority of Americans supporting his handling of the economy. In fact, up to a mid April, majority of Americans actually supported his handling of the coronavirus pandemic. Today. Those numbers have been wiped clean. He no longer has support of the majority of Americans on pretty much any issue. He is losing to his opponent, Joe Biden by double digits, uh, including in some vital swing States. And even in some red States, he is losing to Joe Biden by single digits, but still red States. And he’s losing. And now his favorite pollster Scott rest mucin has released new numbers.

Once again this week that have Donald Trump with his lowest ever approval rating. When Donald Trump, by the way, tweets out poll numbers that he says are good for him. They always come from Ross mucin rest mucin is the only one that he trusts. And that’s because Ross mucin is the only one. That’s not exactly trustworthy. Uh, as we’ve discussed in the past rest, mucin has statistically always had their Republicans that they do polling for several points ahead of where other polls have them. So if all of the other polls had a Republican at 40% approval rating, rest me assume would always have him around 44, 45%. Uh, that was across the board. By the way, Democrats would always pull lower and raspy Hussan Republicans would always pull higher. And now that being the only poll that Donald Trump trusts, because again, it skews things towards the Republicans and it’s still showing that he is more unpopular than ever.

Now you can’t deny it. You can’t go out there and try to find some kind of outlier poll showing that you have great approval ratings, Fox news, viewer polls show, majority of Americans do not like you. They do not approve of you and they don’t want you to serve a second term. That’s what all of these numbers mean when put together, it means they don’t want you anymore. Nobody likes you. Nobody wants you here. They want you to go away. So they don’t have to think about you again so that they don’t have to deal with your leadership again. And hopefully by the way, you have tarnished your name just enough to where none of your kids will ever be able to run for president either.