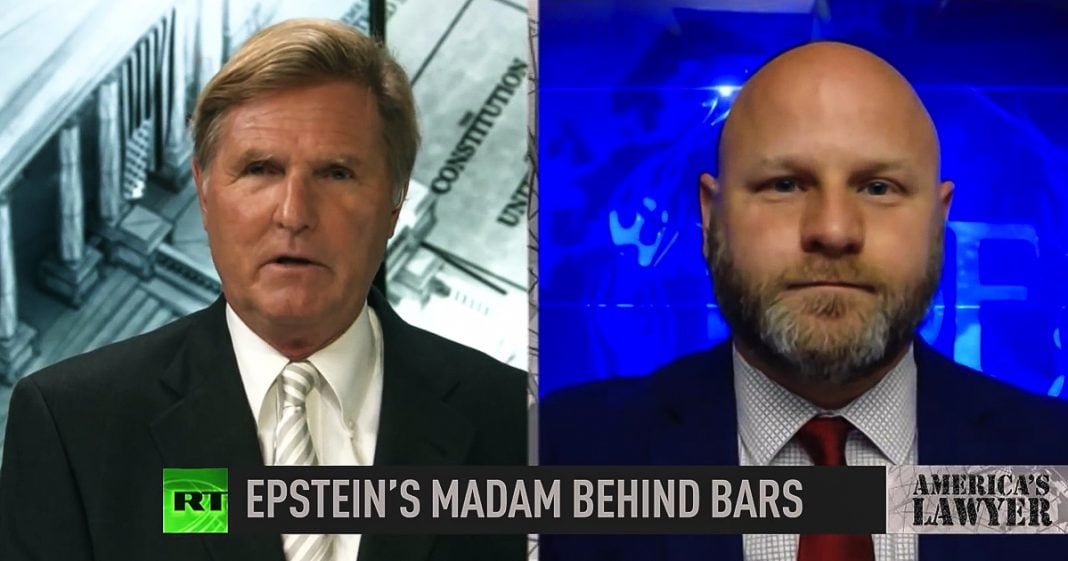 Mike Papantonio: Finally get to learn more about the sorted world that Epstein created. Joining me to talk about this is Farron Cousins from the trial lawyer magazine. Farron, you know, this story just is, it’s a story without end. Finally, though, now here’s what’s bothersome about, there’s so many bothersome things about this story, but why did it take 24 years for the FBI and the government to do their job in arresting this woman? 24 years. What’s your take?

Farron Cousins: Well, I think a lot of it has to do with the fact that Epstein was obviously very well connected and therefore everyone connected to him benefited from those relationships. I mean, even Maxwell and other unnamed accomplices themselves benefited from that non prosecution agreement back in 2007 or 2008, the first time that Epstein ran into legal trouble. That particular non prosecution agreement actually said, not just, we’re not gonna prosecute you Jeffrey Epstein, but we’re also not going to prosecute any of your accomplices. We’re not gonna prosecute any of your accomplices that we don’t even know about yet. That is how far reaching this thing went. And it is because Epstein was a powerful guy with powerful friends and his friends, unfortunately, since then have only gotten more and more powerful. So it is remarkable that they even decided to go after Ghislaine. I’m very happy they did. And I think it’s because the evidence against her at this point was just overwhelming.

Mike Papantonio: Well, okay. Let, let me go to two things that you just mentioned. First of all, the non prosecution agreement. That is unique to Florida. Okay. Now, if you’ll, she she’s, the crimes she committed took place all over, all over the world. She had her rich, powerful elite friends giving her money to hide during, while this has been going on, giving her money to hide, giving her places to hide, helping her, you know, on the run since Jeffrey Epstein died in prison. So, but what, what we know about this is she’s hiding because if she felt comfortable that this, this non pros prosecution agreement was going to give her a break, she wouldn’t be hiding, but she’s got problems with it. Here it is. First of all, you had a thuggish judge who allowed it to happen. This judge never should have allowed, never should have signed off on this.

You had a prosecutor who was absolutely in bed with Epstein and all the lead folks surrounding Epstein. And so they signed this thing and they never told victims about it. That’s where the flaw is. I think this thing it fails from abinitio. It fails from the very beginning. It should be set aside. She doesn’t have protection in my estimation. So what, Farron, let me ask you this, as this goes forward, you know, of course the names come out, but the reason the names seem important to me is because you get a sense of how, how she Maxwell and Epstein really hustled some of America’s most powerful people. What is your take on that?

Farron Cousins: Oh, I agree a hundred percent. I mean, we already know a lot of the names that have been named. We don’t know if they participated in the abuse, but we do know, I mean, there’ve been half a dozen or more photos of Ghislaine Maxwell and Donald Trump over the last few days. There is a picture of Ghislaine Maxwell sticking her head out into the aisle as Bill Clinton walks Chelsea down for her wedding. This woman knows these men, you know, current and former United States president. Good friends with former democratic governor of New Mexico Bill Richardson. Elon Musk is out there. I mean, she even was at the party with Stephen Hawking when Jeffrey Epstein was trying to recruit scientists for his bizarre experiments he wanted to do.

This woman is the only other person I believe aside from Jeffrey Epstein himself, who knows everyone that was there, everyone that participated, and we’re already seeing Alan Dershowitz, you know, he’s back out there with his denials before anybody can accuse him of any other inappropriate behavior. He’s already started with that. And there’s going to be more and hopefully, you know, what happened to Epstein does not happen to Maxwell because we need to know the extent of this underage, you know, essentially a pedophile ring that Epstein was running here. We need to know was involved.

So, I mean, as you look at this, she’s going to look, she is going to spill the beans. There is no question. And these people that think that they’ve escaped all this, it’s just begun. I mean, you know, it’s, it’s really a matter of it’s really matter of time, she won’t do well in prison. She won’t be, do, do well locked up, and it’s just a matter of time, but we’re going to get all the names and we’re going to get the truth about the connections of some of these folks.