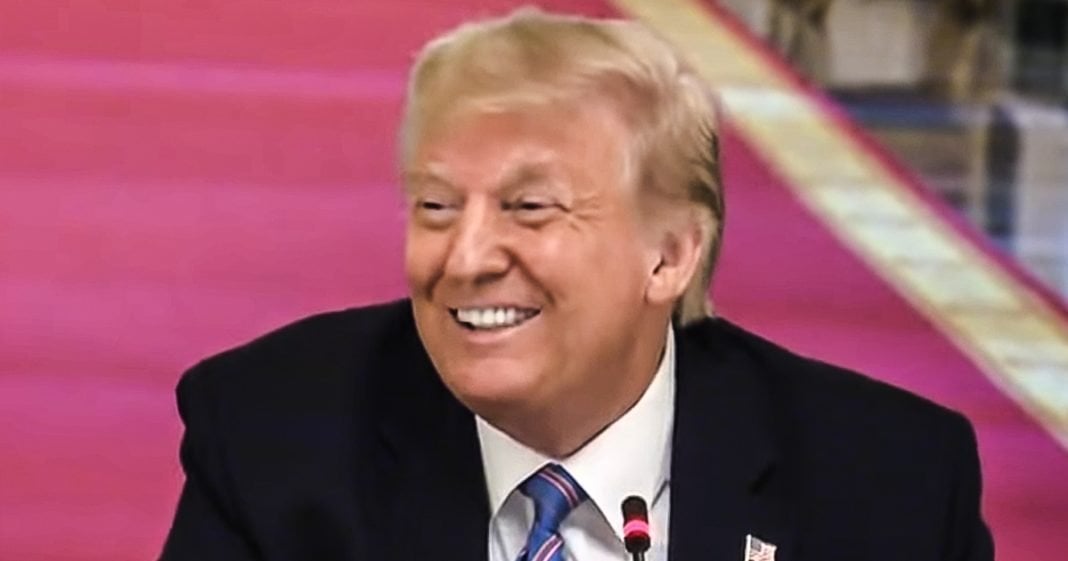 Teachers and admin at schools all over the country are furious with the Trump administration for pushing the reopening of schools across the country in a month without having any kind of protection plan in place for these individuals. Republicans already tried to sacrifice the elderly to the stock market, and now they want to sacrifice our children for Trump’s election. Ring of Fire’s Farron Cousins discusses this.

Donald Trump, Betsy Davos, and plenty of other Republican leaders at the state level made it abundantly clear this week that schools are going to be opening in the fall. In fact, not even in the fall, depending on where you live in the country, like where I am right now, a school begins in a month and I happen to be in the state of Florida, which is witnessing one of the largest surges of COVID-19 cases on the planet throughout the entire pandemic. And yet our governor and his people told us just a couple of days ago, schools are opening in August, whether you like it or not, schools are opening. Now some counties throughout the country have said, we will offer distance learning for students who do not want or parents of students who do not want them to go back into schools for fear of the virus.

But Trump has made it clear this week. He is telling us repeatedly schools are going to be open. We can’t not have these schools open Betsy DeVos, secretary of education out there pushing, pushing this deadly plan too. And that is what it is. This is, this is a deadly plan. Children will die because of this. Teachers will die because of this. And some parents will dive because of this. Kids are going to lose their parents. Parents are gonna lose the kids because of this idiotic decision by this administration. Because according to reports, Trump believes that if he tells them to close the schools down until the pandemics over, he thinks that will 100% cost him the election this year. So he is willing to sacrifice your children show that he can win reelection. Now just a month ago, it was Republican leaders like Dan Patrick, from Texas Lieutenant governor telling us that, Hey, we might have to sacrifice our grandparents.

That was more than a month ago, but we may have to sacrifice our grandparents to the virus to stimulate the economy. And now we’re being told, we have to sacrifice our damn children for Trump to be reelected. Is there anyone in this country willing to actually do that? Shad thing is yeah, there are. There absolutely are people who would sacrifice their own children to see Trump win a second term. And if you don’t believe me, scroll through the comments on anything. Donald Trump tweets out, these people are disgusting. These people are delusional and they need help. And they would be more than happy to have their own children die. If it meant giving Donald Trump another four years in office so that he can continue to screw over those same people, because they’re too stupid to understand that this is what is happening to them. Meanwhile, folks like me and there’s millions like me out here, we’re torn. We don’t know exactly what to do. We have jobs. We can’t necessarily take off or continue working from home. We have to go back to this or else we lose our source of income with no backup whatsoever. So we can’t stay home to homeschool our kids. We have to send them.

No. Or we have to lose our jobs and then possibly lose our homes, not be able to feed our families, lose our cars, everything. We either lose everything or we lose everything else. Those are the choices that we are being forced to make by Republicans. And here’s the kicker for my situation. Even if I was able To convince my, my work to let me stay working from home for the next 12 months so that I could be here every day at homeschool, my kids, even if I were able to convince them of that, it still wouldn’t do me any good because my wife is a teacher. So she regardless has to go to that building every day, roughly a thousand people in her school. So even if I did everything possible and protected my kids, by keeping them here with me, I would still be married to a woman who has to go into school every single day, no matter what, exposing herself to all of these people there who could potentially infect her. And then she brings it home

So she could quit her job. Uh, we could just separate for, you know, the duration of the pandemic. Maybe have to pay for another house, another apartment, whatever. None of those are realistic options. I’m not going to leave my wife, But those are the, that, that’s what that’s, those are the things we can do to protect my family. And that’s the same as it would be for anybody who is an educator or is married to an educator or lives with an educator. Maybe that’s a roommate. It doesn’t matter. We’re screwed. We’re all screwed. We’re fricking screwed because Trump wants to win reelection and he’s willing to kill our children and possibly kill us too, in order to win that race.