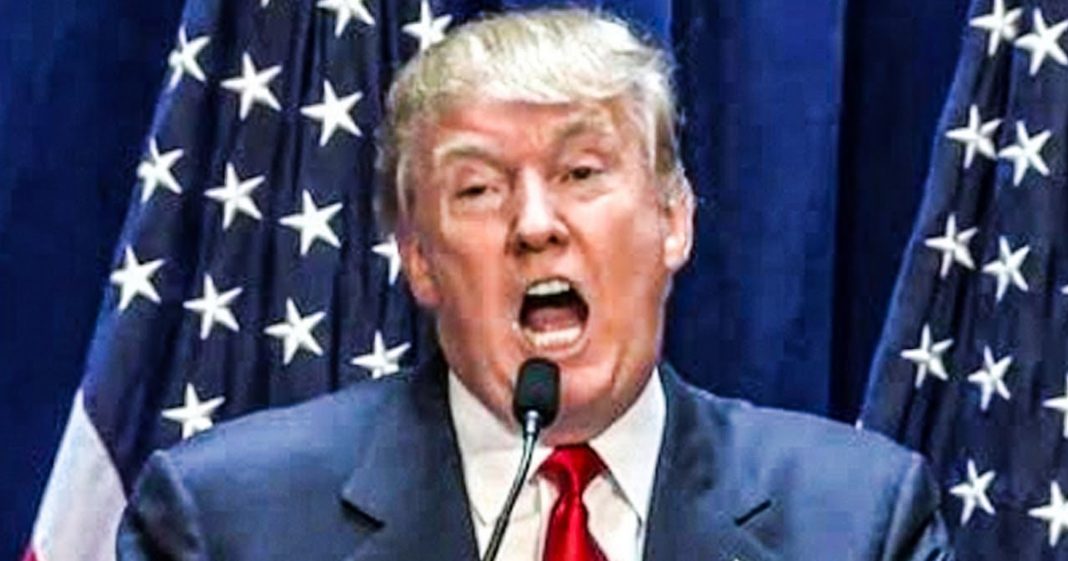 As the death toll in the United States continue to climb during this pandemic, Donald Trump is betting on the American public growing numb to the problem and just moving on with their lives. He’s not wrong in thinking that this could happen, considering that it has happened on major issues in recent history, but the pandemic presents a unique situation that most voters have not experienced with other issues. Ring of Fire’s Farron Cousins discusses this.

Now that the Trump administration has decided that they are giving up in the fight against the Corona virus. The question remains as to how they’re going to convince the American public that everything is okay. That we should just be okay with the fact that over 130,000 Americans have died from this disease. And the answer is Trump thinks we’re all just going to get numb to it. Trump thinks Americans are just going to see so much death that eventually we’re just not going to care about it anymore. Almost like his, a campaign speech, there’s going to be so much wedding. You’re gonna be like, no, please no more winning, except it’s going to be death instead of winning. And eventually we’re just not even going to beg for the deaths to stop. We’re just going to forget that it’s even there because it’s just so common.

Now the ridiculous part about this is that he’s not wrong folks. That’s the saddest part of this. He actually seems to understand how the American brain works because we do overlook the death. We do become numb to it. How many times have we seen a mass shooting here in the United States, 30, 40, 50, or more people killed in a matter of minutes. And we demand action. We demand change. And then everything just goes quiet until the next one happens. Then we demand action and we demand change because too many people are dying. And then it dominates the news for a week or two, and then it just disappears. Then it gets to the point where, Oh, another mass shooting, Oh, another mass show, another mass shooting, another mass shooting. And we do become numb to it in Trump is hoping that the same mentality that has made us numb to mass shootings is going to make us numb to the deaths from COVID-19 the deaths resulting from his failures, because that’s what this is folks they are giving up.

The rest of the world, figured out how to beat the thing. It wasn’t easy. It wasn’t pleasant, but they did it and they overcame it and they are allowed to turn to life as normal us. On the other hand, we’re not even allowed to travel to those countries right now because of our leadership. Has there ever been another point in your life where you as an American citizen have been barred from entering another country, just based on who you are, where you were born, where you live? I know the answer is actually yes, there are plenty of air wind up plenty, but there is a couple of areas out there that have had, uh, you know, restrictions on travel from the U S and other country, but never liked this.

If you’re in Arizona, you can’t go to Mexico right now. Canada’s closing off their border. Europe is closing their airports to Americans. We can’t get over there. That’s never happened in my lifetime, but that is what happening with Trump. And he thinks we’re just going to forget about this. He hopes that we get numb to all of this, to all of the deaths, but there is a difference between the Corona virus and the mass shootings and everything else that the United States has become numb to in the past. It’s easy to become numb to something. If you are not directly affected by it. Yeah. School shootings are horrendous, but if you didn’t have a child there, or if your spouse wasn’t a teacher there, or you weren’t a teacher there, you didn’t see it firsthand. You weren’t actually there. Nobody, you knew died. He didn’t know anybody that went to that school or was at that mall or was at that concert then.

Yeah. It’s easier to shrug it off because it’s not something that eats at your thoughts every second of every day for the rest of your life. That’s how the PTSD from these events works. I know people who’ve been at them, but with COVID-19, that’s a different story. We have all been affected by this. We’ve all had to change how we go to the grocery store. We’ve had to change how in, where we work, 46 million Americans lost their jobs because of it. This has affected everyone in one way or another. So this isn’t the kind of thing that people and to get numb to because everybody has been affected by it. Some worse than others, just like with the mass shootings. So Trump may be right that Americans do get bored and nom and move on from issues, but not something on this scale. Let’s hope that he’s wrong. Otherwise he could easily win reelection in November.