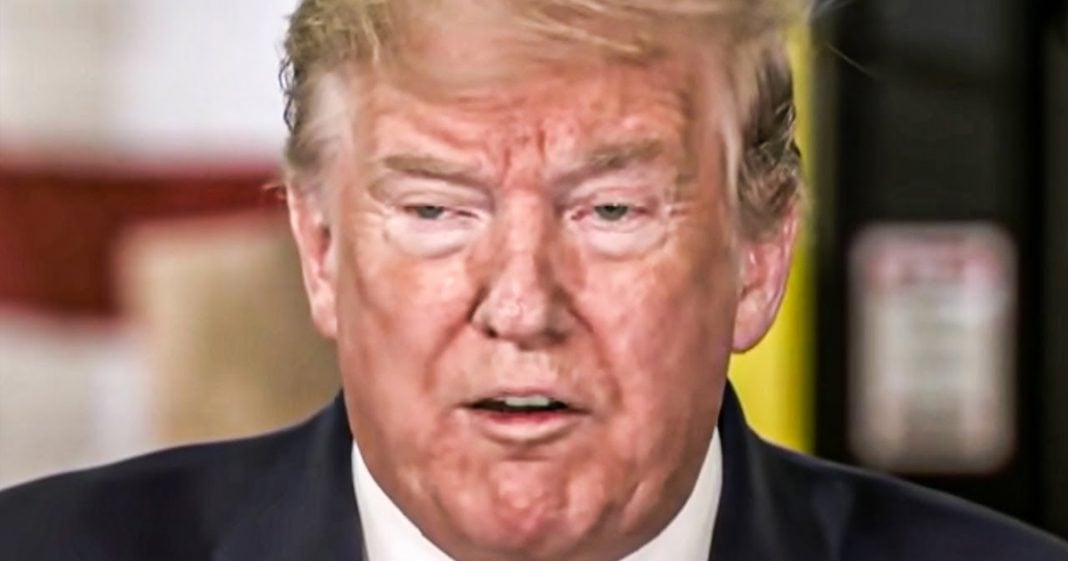 The Republican National Committee has spent MILLIONS of dollars on their North Carolina convention, only to have Donald Trump complain about social distancing, forcing the Party to move his part of the convention to Florida. This costs even more money that the Party is apparently having a hard time finding ANYONE willing to pay for Trump’s little temper tantrum. Ring of Fire’s Farron Cousins explains what’s happening.

The Republican national committee is running into a lot of problems right now because they are having trouble finding anyone, any wealthy Republican donor out there who is willing to pay for their new Republican convention that is supposed to take place in Jacksonville, Florida. Here’s the backstory in case you haven’t been following this story, the Republican national convention was supposed to take place in North Carolina, North Carolina governor recently said, we are not going to ease up our social distancing guidelines for your convention. So you’re not going to be able to pack it with, you know, 20, 30, 40, or even 50,000 people into that arena. Sorry, but we’re in the middle of a pandemic. It’s what we have to do. Trump said that’s not okay. I need a big crowd. I need people to see me. I need to see people. The cameras need to see me seeing people.

And so he said, we’re just going to go down to Florida. Florida loves me. The governor down there ran on a platform of, I love Donald Trump. Trust me. I live here. The ads were disgusting, but that is exactly what they were. And he went to the Republican city of Jacksonville controlled by Republicans, big Republican population. But the problem is that the RNC had already spent $38 million, which was their entire convention war chest. They spent $38 million in North Carolina already. They can’t get that money back. It’s gone. So in order to hold and they’re still gonna hold part of the convention in North Carolina, but Trump’s, part’s going to be down here in Florida over in Jacksonville. Uh, but they don’t have any money. They can’t come up with anything to, you know, pay for it. So they’ve been reaching out to wealthy Republican donors over the past few weeks trying to say, Hey, yeah, we know we kind of tapped you out for the North Carolina thing.

And we spent that money, but you know, trauma, he wants go down to Florida. Um, so can you give us a little more? And the Republican donors are straight up telling them no, but here’s the thing. It’s not because they’re mad that Trump is throwing this tantrum that could cost them another $38 million. They’re not wanting to put their name on it because of how bad the pandemic has gotten here in the state of Florida. I mean, we alone state of Florida has added a 60,000 new positive COVID-19 cases in just the last seven days, 60,000.

We are absolutely right now, the fastest growing state in the country for total number of coronavirus cases and none of these wealthy Republican donors, none of these wealthy Republican businesses want to have their name attached to a convention that is more than likely going to the spread of this virus. They don’t want to be associated with this bad decision. They’re not afraid to lose money. They’re not afraid to pay for Donald Trump’s $38 million temper tantrum. But what they are afraid of is the negative publicity. That’s going to come along with them being complicit with this negligent manslaughter, which is what this is. This is manslaughter that is not full blown murder or homicide or anything like that. But it’s really hard to describe it as anything other than manslaughter, because we know that people are going to go into this convention center in Jacksonville. They’re not going to be socially distanced.

There is not going to be any kind of a mandatory mask order. The virus is going to spread. And some of those people will end up stop dead. They will end up in an early grave because of Donald Trump’s $38 million temper tantrum. And so you really can’t blame these Republican donors for not wanting their name on that for not wanting to be associated with it because this isn’t going to end well for anyone. And it certainly isn’t going to give Donald Trump the boost and polling in Florida, that he thinks it is. If anything, he’s going to destroy the lives of more of his supporters down here, which is only gonna make his numbers a little bit worse.