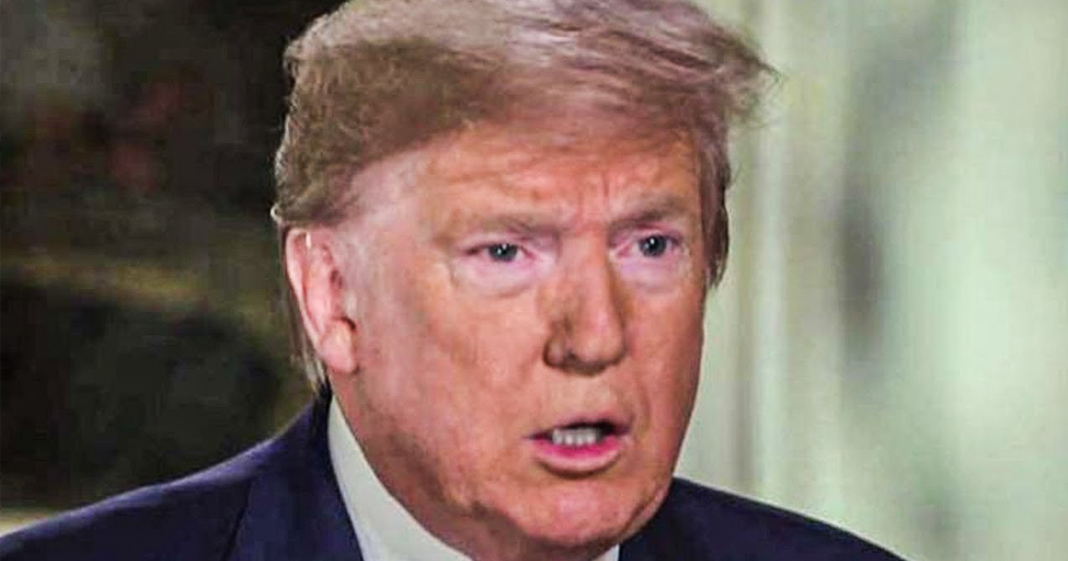 The New York Times profiled several former Trump supporters this week and asked them why they decided to abandon the President. The answer was simple: His response to the pandemic. There is no telling how common this sentiment is in the country right now, but current polling seems to indicate that it is fairly widespread. Ring of Fire’s Farron Cousins explains what’s happening.

This week, the New York times decided to profile several Republicans who voted for Donald Trump in 2016. But who now say that in 2020, they will not support the president. And more specifically, the New York times was trying to find out what made you change your mind? The answers across the board were all similar and they all had to do with Trump’s response wants to the pandemic. I want to read a couple of the responses from these folks here. And these are folks all different ages from all over the country, different areas. And this is what they had to say. This is a 55 year old, a Pennsylvania man said a what changed my mind? 120,000 deaths. He refused to realize, Oh my God, there’s a virus coming our way. Shouldn’t we do something guys. COVID was the turning point. It’s the thing that touches home with everybody.

This is from a 29 year old, a Michigan woman who says with coronavirus, even just watching the press conferences, having him come out and say, it’s all fake. I have family who have unfortunately passed away from it. Um, and, and this is actually a good point here too, because this is one of the reasons Trump stopped doing those daily press briefings is because his polls were getting so bad before, by the way, he started doing those daily briefings, his poll numbers were actually good. A majority of people approved of his handling of the pandemic. Then once they started to see him and hear him and realized he didn’t know what he was doing and they saw the numbers keep going up and now they see them shooting way up. They know all my God. Yeah, we’re screwed another one here. Uh, this is a, a, a woman from North Carolina who says, uh, obviously with the Corona virus and social unrest, we’re dealing with that’s where you need a politician, somebody with a little bit more couth.

And, uh, she says this because she had also told the New York times she voted for him in 2016 because he wasn’t a politician as usual. And that was like I had mentioned in the past, a lot of his appeal to, to these, you know, middle of the road, you know, don’t have a real loyalty to either party voters. Trump was the Macarena. And I like using that analogy. Cause when that song came out, it was new. It was interesting. It was, it was kind of fun. You know, it did annoy you a little bit, but at the same time you, you thought in the back of your head, maybe this is catchy, but then they played it so much. And so often, and at every event possible, everybody just started to get sick of it and just hated it. And that’s, what’s happened with these moderate voters with Trump, but this is just a couple, right?

Is this indicative of what’s going on across the country? Well, this is three swing States where these people are saying this, are they the only three people, each one in a different swing state who feel this way? I don’t think so because when you look at polls, obviously from across the country, Trump’s losing, he’s losing badly. And his numbers are only getting worse because he keeps screwing everything up. And that to me is the biggest tell here, uh, all together with the pandemic and with the social unrest. Trump has proven, he has shown the entire world that he doesn’t know what he’s doing. Like he can’t make a decision good or bad. He’s done a couple bad ones to be honest, but, but he still doesn’t quite know what to even do. You know, his executive order, punishing people with 10 years in jail. If they deface a statue while we have literally killer cops on the loose here in the United States. And we’re doing nothing about that. Yeah.

People may not agree with the protest or the quote unquote, vandalism of these racist monuments, but they sure as hell don’t agree that somebody should go to jail for 10 years while these killer cops are still on the loose, you’ve made things so much worse and you don’t even realize it, but the people do. And that’s what matters. So yeah, We may have to live with Donald Trump’s and competence, uh, for a few more months here. But hopefully if this sentiment that these people in the New York times, uh, expressed, if this is widespread enough, it will only be a few more months that we have to live with this.