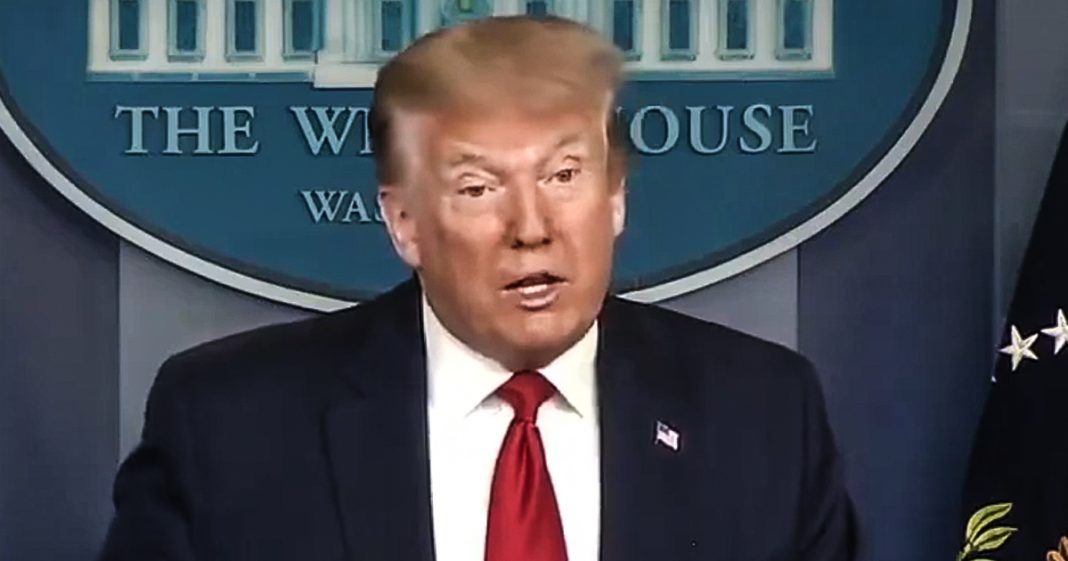 According to a new report by Axios, sources inside the White House say that Donald Trump is just about fed up with Jared Kushner, and that Trump regrets ever having listened to Kushner about prison reform. He is apparently tired of Kushner’s “wokeness” as one aide put it, and he said that from this point forward he is going to rely more on his own instincts than advice from Jared. Ring of Fire’s Farron Cousins discusses this.

According to a new report by Axios this week, Donald Trump has absolutely had it with Jared Kushner and according to sources within the white house that spoke to Axios Trump regrets ever, having, taking, uh, having taken advice from Jared Kushner, uh, one of the issues they say that he is most upset with Kushner about is criminal justice reform because after all Donald Trump did sign that executive order that effectively did nothing, uh, you know, to kind of rein in the police, even though it doesn’t rain in the police. Uh, but he did that cause Jared Kushner apparently told him, you need to do this. And now, according to AIDS, Donald Trump said, quote, that he doesn’t want any more of Jared’s woke. Shit.

That’s the quote that they told to Axios. He’s tired of Jared trying to make him more woke. And there’s a reason that he’s, he’s tired of listening to Jared. And he feels that a Jerrod’s advice has hurt him politically, uh, first and foremost, because it has hurt him politically, but secondly, he doesn’t want to listen to him anymore on these issues. And he regrets listening to him on issues like criminal justice reform, because it hasn’t gained him any more African American voters and he doesn’t think it will. So he says that from now on, he’s just going to go with his own instincts. He’s going to trust his own gut on issues and he’s not going to listen to them.

Jared, here’s where that’s probably going to be problematic for him. Jared is one of the top people along with Brad, Parscale on his reelection team. I mean, Jared Kushner is right there at the top of it. And if he is not going to listen to Jared and he’s already not going to listen to Parscale because Parscale’s a moron, he’s going to follow his gut. He is going to lose by even larger margins. Now I’m not saying that cutting Kushner out, uh, means he’s definitely going to lose or that having Kushner there means he’s definitely going to win. Kushner is not good at this either, but he’s still better at it than Donald Trump is. And that’s, what’s hilarious about all of this. Cause Kushner is an idiot and his advice is awful.

But Trump’s even worse. And so he’s going to find out again that he doesn’t know everything and that he’s not very good at this people flock to him in 2016, you know, the, the moderate, independent voters, whatever. Cause it was something new and different. And uh, you know, that anti-establishment thing and Connie wasn’t working for them, even though it was working for those on wall street. So they said, yeah, let’s give this new to try. And uh, now they’re looking at it like, well, everything that was wrong with me back then is still wrong with me now. And in some ways it’s worse and no ways is it better. I’m going to leave. So Trump can’t run the same campaign he did in 2016 and expect to have the same results, which is an electoral college victory, but a popular vote loss this time, it would be a loss on both because he doesn’t know what he’s doing, but he is getting increasingly angry at those around him.

To be honest, the problems he’s facing, they’re not Jared Kushner’s fault. They’re his own faults, but he always has to have somebody to blame, you know, Kushner encouraging him to do this. Executive order though actually was a good thing. You know, Trump working with Kim Kardashians, uh, to get people out of prison, that’s actually a good thing. But now he’s pissed off that he did those things because it didn’t drive more African Americans to support his campaign. So he’s not going to do it anymore. Which shows you, it was never about justice. It was never about making things better. It was all about how can it benefit me, Donald Trump. And when it doesn’t benefit him, he throws a tantrum. It says, he’s never going to do it again. He’s going to listen to his gut. And his gut tells him to hell with black people. That’s what his gut tells him. And let’s see how that plays out for him in November. Cause I’m willing to bet it’s not going to be good. We are most likely going to see Donald Trump have the lowest number of African American votes, the lowest percentage of African American votes in modern presidential election history. That is my prediction for 2020.