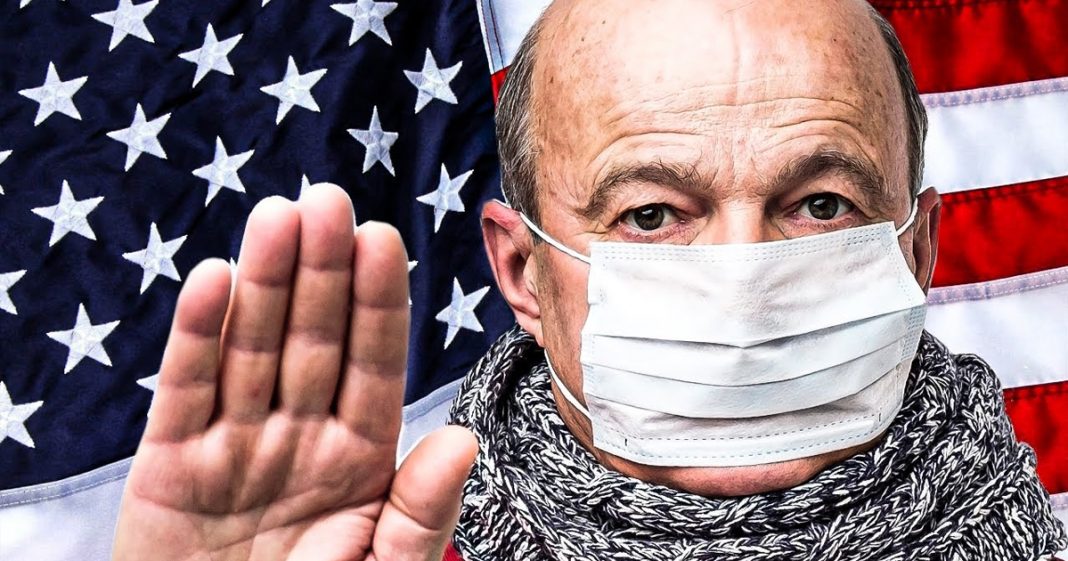 A terrifying new poll from Pew came out this week showing that 40% of the general population believes the worst from the Coronavirus pandemic is behind us, while a shocking 61% of Republicans – a clear majority – believe that the worst days are over. The numbers are still going up every single day, but because people are tired of dealing with it they just decided that it was over and that reality doesn’t matter anymore. Ring of Fire’s Farron Cousins explains how this happened.

Folks. I don’t, I don’t know who still needs to hear this. Um, have you seen the news? Are you paying attention to the numbers? Are you reading the reports? Are you watching that curve go up, up, up, up, like did it’s getting worse? You idiots and by idiots, I’m referring to 40% of the fricking country. Apparently I am sitting here. I am. I’m getting sick and tired of sitting here and scolding everyone for not taking this thing seriously anymore. There is no doubt. There hasn’t been any doubt that this thing is the real deal for months now. But what happened was that people got tired of being at home. You know, they, they, they wanted to go out and get haircuts. Like those protestors with the signs, they believed that their rights were being infringed upon because they were told to wear a mask.

And so they denied reality itself and went back out there and got things so much worse. But because they were tired of it, they thought, huh, maybe it’s not that bad. And that’s what we’re seeing reflected in these poll numbers today. This is craziness folks. This is craziness. The worst is not behind us. We’re going through what is hopefully the worst. Maybe it’s gonna not get this bad again, but we don’t know. Especially considering the fact that we, as a population are exceptionally arrogant and our arrogance is what has led to this spike. In COVID-19 cases, we have leaders in this country, most of them on the Republican side, in fact, almost all of them on the Republican side, who’ve been telling us for too long that, Hey, you don’t need to wear a mask. Hey, don’t worry about this. It’ll be okay. And so finally this week, even Mitch McConnell’s come out and said, we need to remove the stigma of wearing a mask. It’s okay. You have to wear the mask because they realize how badly they’ve screwed up up to this point. And they’re paying for it in the polls. Polls don’t look good for Republicans across the board right now.

But the poll I’m most concerned about is this one, because this isn’t,

This isn’t a left versus right ideological thing. This is straight up. What Americans think has happened. And far too many believe that, Hey, the worst is over. We don’t have anything to worry about now. And I’m not saying I want us all to live our lives in fear. But if we think we have nothing to worry about, we stop taking precautions. Maybe we are not as diligent and washing our hands. Maybe we decide I can run into the store real quick without my face mask. No, treat this thing as if you have it and you don’t want to give it to anybody else or treat it as this as if everybody you come in contact with has it. And you don’t want to put it in your body until this is over with, let’s all do that because the more of us who do it, the faster we can get through this, it’s not about living in fear. I’m just as tired of all of this as everybody else. And I want it to be over, but I know that in order for it to come to an end, we have to keep the social distancing. We have to continue to work from home. We have to wear our masks and we have to wash our hands.

It sounds really simple. Doesn’t it? But even as simple as it is, that’s still apparently too difficult for arrogant Americans.