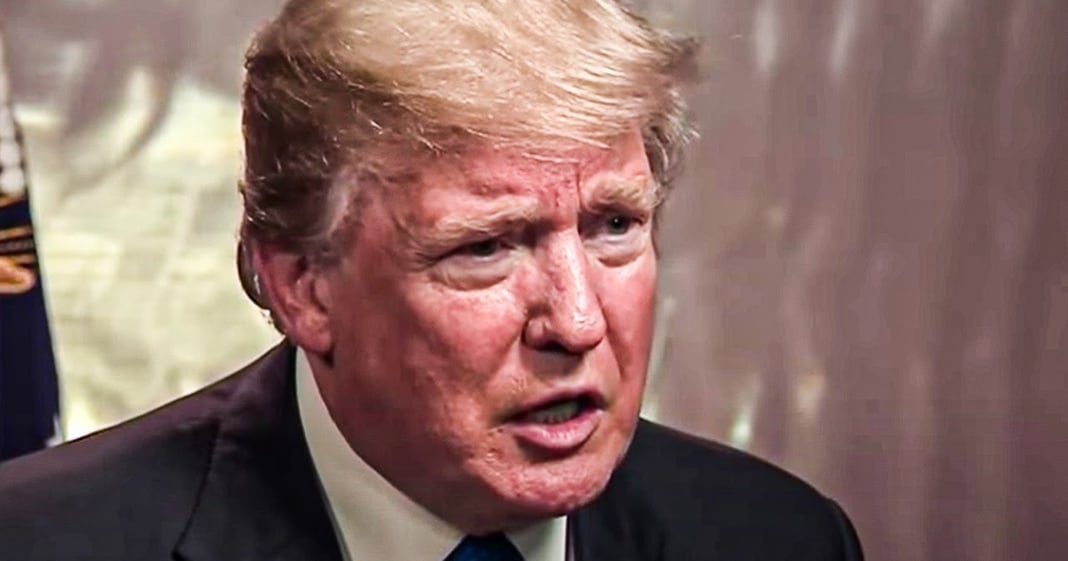 According to an op-ed by The Daily Beast’s Michael Tomasky, Donald Trump is giving off the vibe that he secretly hates being President. But he also hates to lose, and that’s why this year’s reelection campaign has put him between a rock and a hard place. He can either keep being miserable, or he can suffer a defeat that will haunt him for the rest of his life. Ring of Fire’s Farron Cousins explains what’s happening.

According to a report this week in the daily beast, by Michael Tomasky, Donald Trump hates being president of the United States. And it’s very clear as Tomasky points out from his behavior that he hates being president of the United States. You know, even we have suggested over the years that Trump really doesn’t like what he does. It is obvious. The man is unhappy most of the time. But the problem now, as Tomasky points out is that not only does he hate being the president, but he also hates losing. So the president is in theory, stuck between a rock and a hard place because he doesn’t want to be president anymore. But really the only way to not be president anymore is to lose which Donald Trump also really, really hates to do. So what does he do? Does he keep going with this thing that he absolutely despises? Does he drop out or does he push forward?

Try to win so he can be a winner and then he’s going to do it for another four years. And man, that’s going to be a long four years, right? That’s four years of media, scrutiny of people making fun of him, of people mocking him of all the golf trips, all the investigations, all of this nonsense going on right in your ears. Is it even worth it? Donald? Maybe sometimes it’s better to just take the loss and move on, but his ego won’t let him do that. His ego, I mean, this, this pathological narcissism is forcing him to do this thing that his conscious brain at this point understands he doesn’t want to do anymore. He doesn’t want to be this, but his compulsion is what is forcing him to do this. When you think about it, when you get down into the psychological level of it here, it’s almost sympathetic, almost sympathetic, uh, rest assured I have no sympathy for this man, but there is something pathological about this.

Like something very diagnosable by somebody in this field. In fact, by lots of somebodies in this field, because we have been told these things by dr. Bandy Lee from Yale and all of the other mental health professionals, uh, who contributed to the book that she put together. They have been telling us this for a very long time. The president doesn’t want to do this. He wanted the prestige, he wanted the power. He wanted the title. He wanted the desk, but that’s it. He didn’t want the responsibility. He didn’t want the scrutiny, but his, his desperate desire to be the best to be at the top to be loved, which yes, folks, those are clinical characteristics of the narcissism that forced him to do this and has forced him since then to stay in this position that he hates.

If he had done anything in his life that showed that he was even capable of empathy. I would have some sympathy for him, but I do not. The man in addition to his pathological narcissism is a pathological liar. The man is borderline psychopathic with his treatment of other human beings. You can be a narcissist, but still be capable of caring for other people. From time to time, Trump has shown that he can’t do that. So I don’t care if he hates his job. And I don’t care if he’s afraid of losing, because I hope he does lose. And I hope he loses the job he hates. So then he can do what he loves, spend the rest of his life every single day, whining on Twitter, about how he was such, such a victim treated so unfairly for the four years that he was in his own brain. The best president this country’s ever seen.