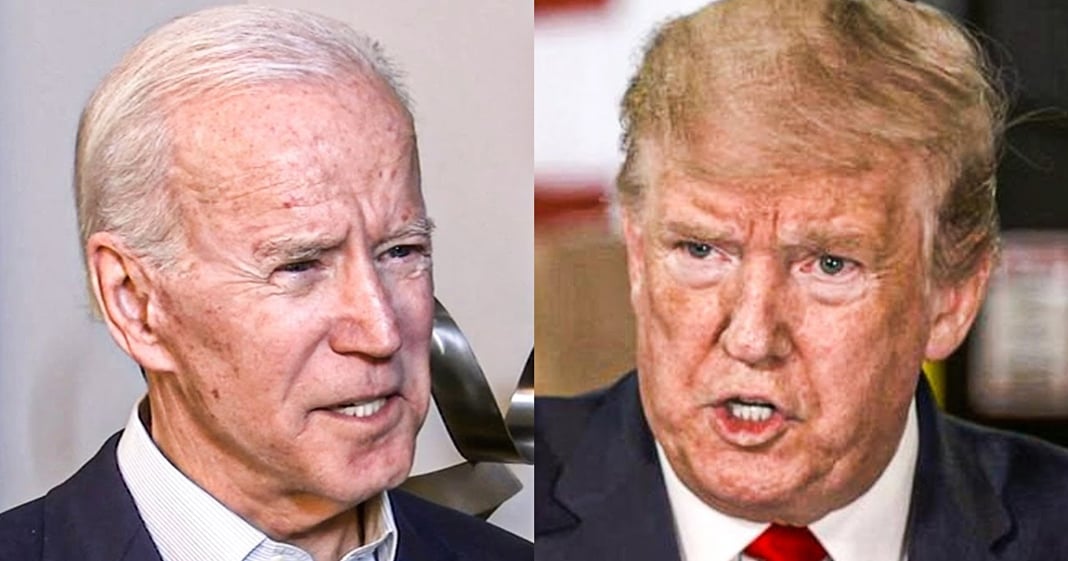 For the second month in a row, Joe Biden has managed to raise more money than Donald Trump, with Biden’s camp hauling in a record-shattering $141 million. This isn’t sitting well with Trump, but let’s not forget that Hillary outspent Trump by a huge margin in 2016 and that didn’t end the way Democrats expected. Money means a lot in politics, unfortunately, but it doesn’t always mean victory, as Ring of Fire’s Farron Cousins explains.

More bad news for Donald Trump in terms of numbers. You know, usually we talk about how bad the poll numbers are, but let’s look at another set of numbers. That’s also very unkind to Donald Trump right now, and that is fundraising numbers. Uh, numbers just came in for the month of June and for the second month in a row, Joe Biden’s campaign out raised Donald Trump and the Republicans, uh, not by a ton just by 10 million. Uh, Biden’s camp pulled in 141 million, which by the way, is actually record setting. And, uh, Trump’s campaign pulled in 131 million, uh, you know, not a small number by any stretch of the imagination, but one 31 is less than one 41. And so that doesn’t make Trump very happy. Uh, he had also been outraised by Biden by roughly, uh, uh, 10 million again, back in may. So now for the second quarter, uh, Trump has almost $20 million less in total money raised than Joe Biden.

Uh, the numbers are a 266 million for the RNC and Trump in the second quarter. Uh, two 82 for the Democrats, uh, and Biden for the second quarter. So Democrats have 16 million more. Uh, this is actually slightly unusual. Typically a Democrats don’t do so well on the fundraising, but it’s really bad for Trump, but that doesn’t mean by the way, that it’s all great for Joe Biden, either because those of us who want to see real change happen in this country, understand that these massive, big donations that Biden’s getting kind of means things are going to stay the same forever. At least during the Biden administration cause Biden through the month of June held 16 different fundraisers. I believe it was 16 different fundraisers in June. That means literally every other day, at least Biden was hosting a fundraiser, you know, asking people for money, give me money, give me money, give me money.

While at the same time, not really offering a single bit of policy to the people of the United States. Just give me money, give me money. Give me money. Hey look, here’s Joe here’s Barack Obama showing up at two of these fundraisers have remember us. We were super cool and fun, right? We didn’t tweet out horrible things, give us money. And actually those raised 11 million, just the two appearances with Obama raised $11 million. And yeah, the average donations, $34. Sure. That’s good. But you’re also taking a ton of big money. You’re taking a ton of corporate money. You’re even taking some Republican money. That’s how certain they are. Not only that you’re going to beat Trump, but that’s, you’re going to protect their interests when you get an office now, see, that’s terrifying for the rest of us. Yeah. We want Trump out, but it’s not just about the tribal ness of it.

It’s not just about getting Trump out. I mean, yeah. That’s step one. Step two is make our lives better. Make the country actually better not take us back to where we were four years ago. Cause where we were four years ago, wasn’t working eight years ago. Wasn’t working 12 years ago. Wasn’t working 16, 20 years ago. It wasn’t working for us, bud. We need a strong middle class. We need strong labor protections here in the United States. We have to have universal healthcare. We have to have a green new deal. We have to have debt free college. These are things that are priorities or at least they should have been. And they would have been with a different candidate at the top of the ticket for Joe Biden. Not so much. So yeah, kicks ass that he’s raised so much money and he’s humiliating Trump that way. That’s fantastic. But for those of us who actually wants something better out of life, something better out of this country, these numbers don’t mean a whole heck of a lot, but for tribal lists, you know the us versus them mentality, these numbers mean everything.