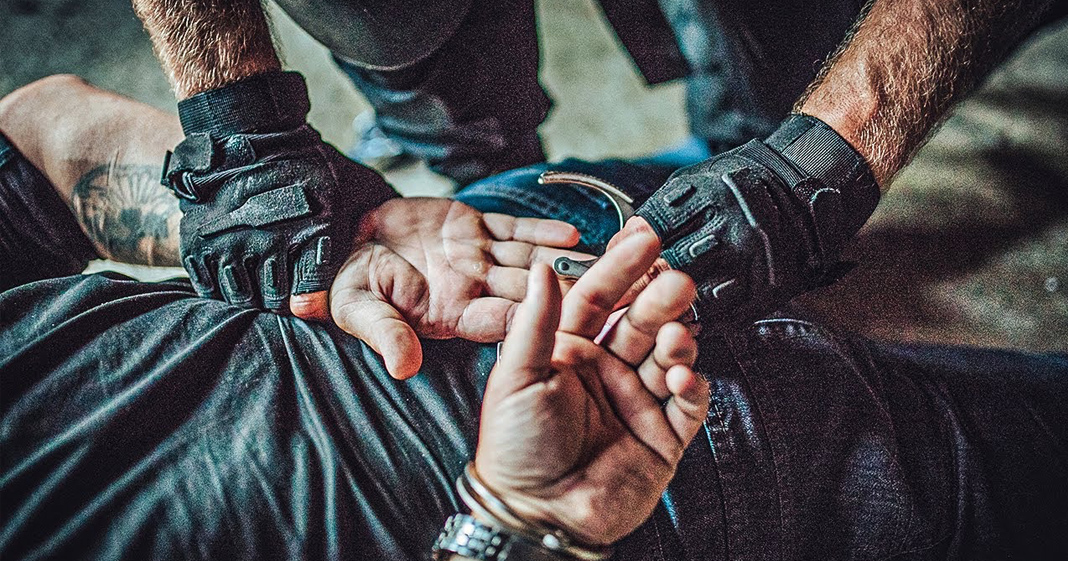 A new study out recently has confirmed that the government’s 1033 Program where they give excess military gear to police officers has resulted in police killing even more civilians. Not all police departments benefit from the program, and those that haven’t been receiving military gear are far less deadly than those who do, according to the study. Ring of Fire’s Farron Cousins explains the results and why they were 100% predictable.

According to a new report out recently from the university of South Carolina police departments across the country that have received, uh, excess military gear through the 1033 program, the police departments that have received this gear are far more likely and have killed more civilians than police departments that have not received any of this gear. In case you’re not familiar with the 1033 program, we have disgusted plenty of times here on ring of fire, but just to go over it again, briefly, the 1033 program came about, uh, following the cold war, the cold war. When we had the arms race, you know, a bunch of buildup with the military. And, uh, then the cold war ended, uh, in the late eighties, Pentagon budget gets cut. We’ve got all this excess military equipment, nowhere to put it, nobody wants to buy it. So we decided, uh, as a country, let’s just start giving it to the police, but they only did it in areas where drug crimes, as part of Reagan’s war on drugs were really bad.

And then in 1997, The Clinton administration in their defense authorization act decided, Hey, let’s not just send it to where the drugs are bad. Let’s send it to everybody. Let’s make every single police department across the country eligible for this excess military equipment. And so in 1997, it expanded to everybody. And then what happened according to the research available deaths, civilian deaths at the hands of police officers skyrocketed across the country, but it got worse in the areas where the police received this excess military equipment. And yes, there is a causation between that. The researchers have found that part of the reason the officers were killing more people in the areas where they had heavy duty artillery is because it gave them a sense, almost not a sense of duty to go out there and kill,

But in a way, yeah, They were using heavier artillery and they thought it made them more powerful. They thought it almost made them more invincible. And they thought if I have it, I have to use it. Essentially. It’s screwed with their brains. You know, the Stanford prison experiment in real life. And that is what has happened across this country. And it’s all because not all because, but part of the increase is because of this 10 33 program, because we are arming these police officers with armored Humvees, with AR fifteens, you know, to police their town of 10,000 people, giving them enough artillery to shoot everybody their precinct twice. They don’t need that, but that is what we’re giving them because the military industrial complex feeds into the police industrial complex, I guess you’d call it. And that’s the problem, but you have to stop this problem at the top. It has to be stopped at the Pentagon.

And then you cut off that spigot and it’s going to stop flowing to the rest of it as well. You know, cut off the head and the body’s going to die, but the head is at the Pentagon. We have to defund them. I’m not saying make their budget $0 million, but I’m saying there is no excuse in the world for it to be 740 billion a year. I don’t even know that it should be 7 billion a year. It needs to be reduced. We have what we need. All we’re doing in the meantime is sitting here making defense contractors richer and putting more American lives unnecessarily at risk, bringing home men and women in flag, draped, coffins, even though we’re not even really at war right now, we don’t know what the hell we’re doing in these areas. And now the story of the Russian bounties on American soldiers, you know, we’re, we’re just letting people die.

You know, whether or not there’s, there’s true to that story, the intelligence community, uh, kind of hard to trust them. But at the same time, this seems very plausible, but even that’s beside the point, we have to cut the military industrial complex in order to cut the civilian deaths at the hands of police officers, we get this heavy artillery out of their hands. I can promise you, according to the research, the deaths will go down. They will not go away, but we might be able to save a couple of lives. If we get this equipment out of the hands of these untrained officers.