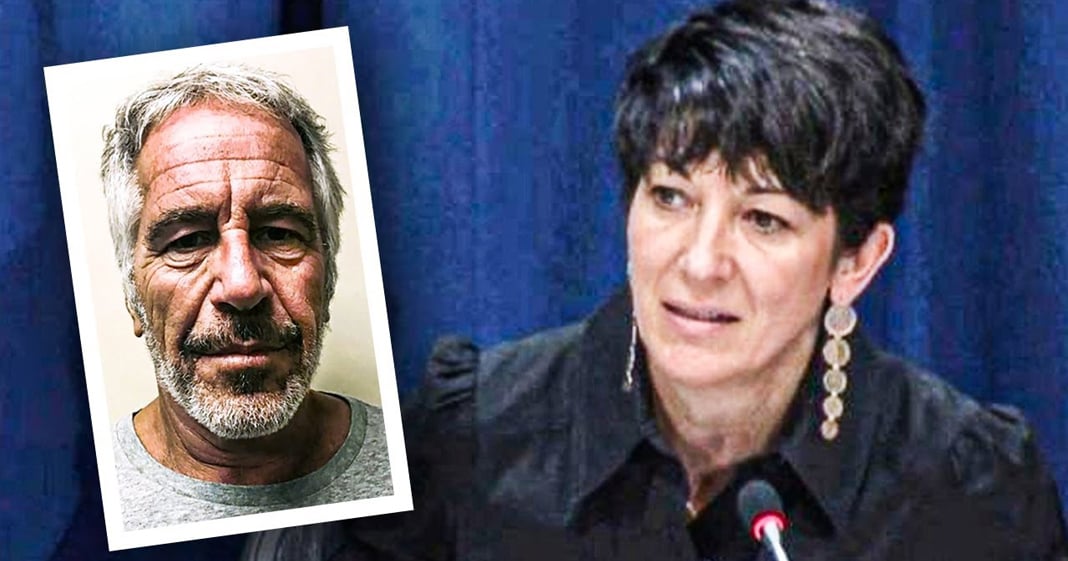 Ghislaine Maxwell, the woman who has been accused of acting as Jeffrey Epstein’s “madame”, has finally been arrested by the FBI, according to reports. Maxwell has been living as a free woman for a year since Epstein was arrested (and then found dead in his jail cell) but plenty of evidence was pointing back in her direction and the feds finally decided to take action. Ring of Fire’s Farron Cousins explains what this means.

Jeffrey Epstein’s long time associate and essentially right hand woman Ghislaine Maxwell was arrested on Thursday, uh, on a multiple count indictment. And yes, the indictment is for work that she allegedly did for Jeffrey Epstein spanning decades. Some of the instances in the indictment from the 1990s say that, uh, Ghislaine Maxwell would go out, recruit young girls, take them to Jeffrey Epstein’s little st. Thomas Island, I believe is st. James Island, uh, which was also nicknamed phile Island. She would take the women to this Island, groomed them to be sex slaves for wealthy and powerful men, including Epstein himself. And according to a lawsuit, this did include people like Alan Dershowitz. Now Dershowitz has denied all of the allegations against him, but according to one of the women who has sued, uh, Dershowitz was in fact, one of the men, she was called the, uh, two, two pleasure while, uh, essentially a slave for Jeffrey Epstein and Ghislaine Maxwell.

Now this is a huge development. Uh, we have been calling for Maxwell’s arrest for a year. Now, ever since Epstein was arrested, it was kind of shocking at the time that Maxwell was not also arrested with him. I mean, her role in all of this is not new. I mean, she was implicated five years ago in a lawsuit of being the person, the Madame, essentially who would go out and recruit these women and trained them to be sex slave for Jeffrey Epstein. So, no, this isn’t something that just came about. This isn’t something that police were just learning about. No, maybe we should investigate. They have known for years, but they’ve also known that much like Epstein, Ghislaine Maxwell also knows who was there. She knows the connections. She had the same connections. Uh, it was even reported a few months ago. There’s no telling if there’s any credibility to this.

Uh, but the gossip magazines had reported that apparently, uh, bill Clinton had an affair with Ghislaine Maxwell. Again, uh, no evidence to suggest whether that is true or false, but that’s the gossip around the circle. So Ghislaine Maxwell knows the powerful people. She has been in pictures by the way, with bill Clinton. So she, no, is it okay? She was at the parties. Rep Steen was, and Trump was, I mean, this woman has connections to at least two different us presidents. She knows the names of the people. So by God, they better protect herself a hell of a lot better than they did Jeffrey Epstein’s, uh, you know, not weighing in one way or another bellwether. He did it himself or not. But if something happens to just lane Maxwell, that’s certainly gonna raise a hell of a lot of eyebrows, probably even more so than it did with cause one person committing suicide. Okay. Two people under dubious circumstances, that’s just going to be completely unbelievable, but you can bet the wealthy and powerful men throughout this, the country throughout the world, really, because it’s not just Americans, they’re probably shaking a bit right now. They’re there. You’ve probably developed a bit of a cold sweat because much like Epstein Ghislaine Maxwell knows exactly who was where and which women they were with. And that is gotta be terrifying for the men who abused these women at Epstein’s parties.