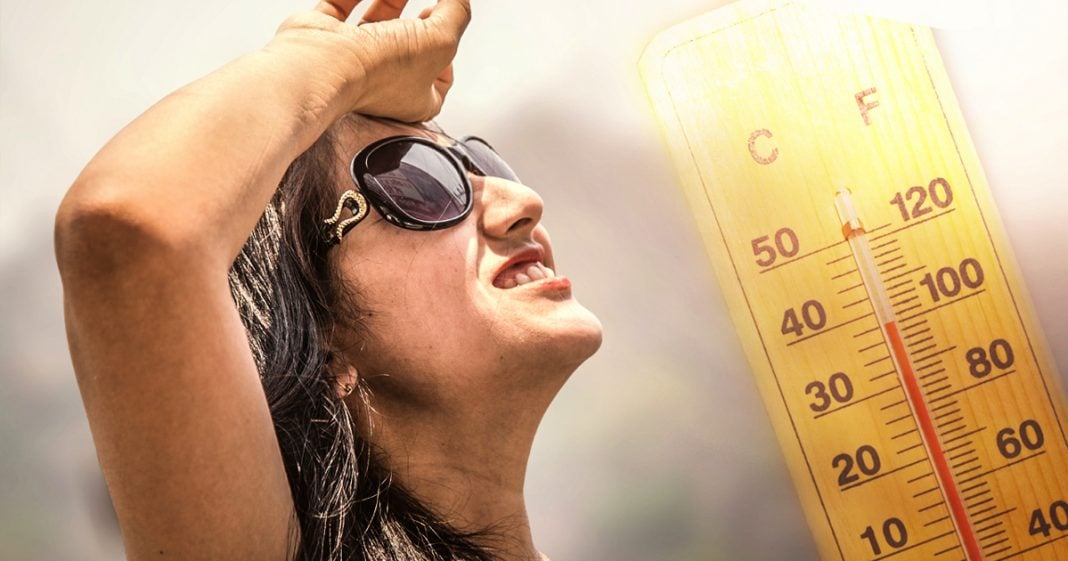 Not since the time period before recorded history have humans experienced the kind of temperatures that we are experiencing today, and scientists have determined that this dangerous temperature level rise is mostly due to human activity. As the planet struggles through multiple different crises right now, we have to remember that the threat of climate change has only gotten worse in the years since we received the ominous news about the clock running out on us. Ring of Fire’s Farron Cousins discusses this.

It’s been a year and a half, almost actually two years since we got the first reports telling us that we only had as a species till about 2030 to address the worst effects of climate change before some of the damage became irreversible and some of the effects became permanent. And before we saw the absolute worst of the worst from climate change, we had 12 years at the time when this report first came out in October of 2018 to reverse course and fix things. Well, here we are in the summer of 2020, and we as a species across the planet have made virtually no progress on this particular issue. And now a new report report out of Northern Arizona university school of earth. And sustainability says that the earth right now is warmer than it has been in 6,500 years. The earth has not been this hot since the end of the last ice age, you know, since really before recorded human history.

Okay. And they know this because they go and they examine, um, the sediment, you know, they look through ice records, they can see or get a good general idea of what the temperatures at the time were. And they’re telling us that what we’re seeing right now, you know, a hundred degrees in the Arctic circle stream heat waves across the planet. What we’re seeing right now is unprecedented in recorded human history. And we, I have to do something about it. Meanwhile, here in the United States, we are actually moving backwards on the issue of climate change. We have an administration in power that denies that climate change exists, and they’re doing everything possible to repeal and roll back every single improvement that president Obama put in place during his time in office. That is what they are actively doing right now. And they’ve been doing it since day one.

And they’re doing it under the guise of stimulating businesses here in the United States. No businesses were harmed in the making of those regulations and no businesses have really been helped by the repeal of those regulations. All it’s done is made our water a little dirtier, made our air a little dirtier and increase the likelihood that more Americans are going to develop certain cancers depending on where you live near any of these plants, where Trump has a loosen the rules for them, but it all puts more carbon into the atmosphere. It puts more methane in the atmosphere. It puts more of these greenhouse gases up there, which is only making things warmer for us down here. And here’s the scary part of study because they said, look, we can predict things like human activity and the anthropogenic climate change. We know what human beings are doing.

We can see our emissions, we can see them rising. We can predict the rises, the falls and all those kinds of things, years out, what we can’t predict. And these are other contributors to climate change. Things like volcanic activity changes in solar intensity plate tectonics and shifts in the planet’s orbit, which can all have a substantial. And as of yet largely unpredictable effect on climate. So we as human beings are making things so much worse and then there’s other forces out there. Other factors out there factors that we can’t even factor in because they are largely unpredictable. As the study says that could have an immediate impact on climate. And yes, I mean that immediate and we don’t know, but those are things that have always existed. This a, you know, anthropogenic climate change is something that’s only been around since mid 19th century when the industrial revolution kicked in and we started spewing greenhouse gases, and here’s the kicker folks.

We can reverse it. We saw how quickly in the early days of these, uh, of this pandemic, we saw how fast the earth started to heal itself. It was amazing. It was miraculous to see these cities that have been all across the planet, not just here in the United States, but these cities that have been shrouded with small for decades clearing up in a matter of days, folks, we, if we take action, like we can make this world awesome. We truly can. And we still have plenty of time, but we actually have to do it. We cannot continue to procrastinate on this. It has to be done. And that is one of the most important reasons why Donald Trump and the Republicans in leadership positions in the Senate, they have to be voted out in November. They absolutely have to, because if they’re not, we’re looking at least another four years of not just inaction on climate change, but of actually moving backwards on climate change.