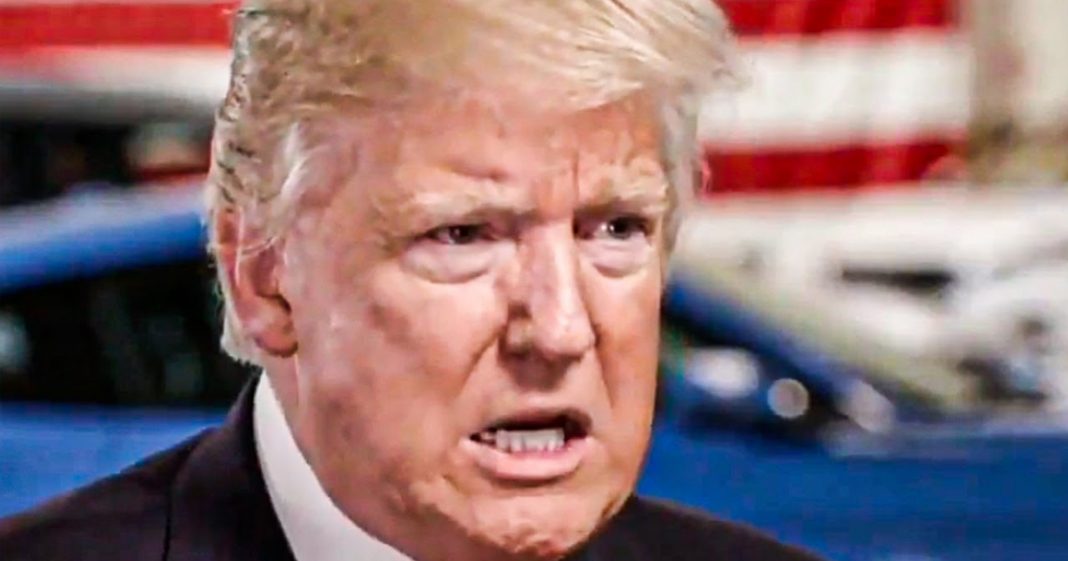 Donald Trump has told the press, and by extension the public, that he is 100% in favor of sending more direct cash payments to American citizens. But the Republicans that he has surrounded himself with believe that this would be a grave mistake because of the deficit. Most Americans don’t care about the deficit or what it even really means, but they do know that they have bills coming due that they can’t pay. Ring of Fire’s Farron Cousins discusses this.

Well folks tomorrow is July 1st, which means once again, the rent is due and for millions of American, over 45 million Americans to be exact, they don’t know how they’re going to pay rent today. They don’t know how they’re going to pay their mortgages. And part of the reason is because Congress has not done enough to get them a second round of stimulus checks. This is an important issue. This is an issue that is not going away anytime soon. And at least in the Senate, we do have Elizabeth Warren who has put forward a piece of legislation that calls for a national moratorium on rent and mortgage payments. She introduced that on Monday so yesterday, But we need it in place by tomorrow.

And that’s not going to happen.

We need more stimulus for working and for out of work American citizens. And now here’s an interesting thing, actually, Donald Trump is in favor of that. Donald Trump wants to give another round of stimulus checks to American citizens. The problem is he has surrounded himself with cowardly spineless Republicans who refuse to let this happen on Trump’s side, because there is a split in the white house. And there’s this split in Congress too. Cause you have a couple of Republicans who were in favor of sending out more checks, but that’s only, you know, less than a handful. Uh, but in Trump’s orbit in his administration, you have Trump and Steve Mnuchin who say, yeah, yeah, let’s send out more of these checks. They’ve got Trump, uh, Trump’s name on it. This is going to be good for his reelection. If we don’t send this money out and help people that is going to be bad for his reelection, then you have economic advisor, Larry Kudlow and outside economic advisor, Stephen Moore, who are in Trump’s ear telling him that, Oh God, the deficit, Oh dear. Oh, we can’t send people any more checks. Imagine the costs were, we’re going to be out of money. And the federal government, even though we print the money and it’s all made up, it’s all fictional anyway, but we can’t do it. Cause it’s just too. Gosh, darn expensive.

We also, by the way, according to Steven Moore, we can’t, uh, keep that extra $600 a week for the unemployed. You know, we got to take that away or else it’s going to kill your reelection chances. He says,

Now Larry Kudlow and Stephen Moore, they’re economic guys. They’re not bright. They’re not intelligent individuals at all. Um, cause nobody in this country right now, that’s a member of the voting public. Uh, none of us give a damn about the deficit whatsoever. In fact, 99% of us, 100% of the time don’t ever care what the deficit is or that it exists because they don’t know what it is, both in terms of dollar amount. And in actuality, what is it? That is one of the most common questions. I get people emailing me all the time. Like, can you explain what the deficit even is? Does it matter? Isn’t it, but Americans don’t freaking know and they don’t freaking care. And Republicans are sitting there in DC. They gave effing trillions to corporations and they’re fighting sending you another $1,200 checks. So you can pay your rent another month. That’s 45 million. Plus Americans lost their jobs since March. They don’t want to help you. And the Democrats aren’t fighting hard enough for you. Nobody is on your side right now folks. And I’m not kidding. There might be a couple in the house of representatives, maybe two or three in the Senate. And I would say that would be Sanders Marquis and uh, uh, Warren.

Something needs to happen. If Trump wants to help seal the deal or at least, you know, maybe improve his poll numbers, start sending those checks out. And I’m not arguing this because I want free government money. Obviously I’m still working. If you want to exclude people like me who are still working, we’re just working from home then. Fine. I think it’s crap to do that. But I’m also okay with you doing that. If we can help average people, because this isn’t about me, this is about everybody. This is about keeping the economy afloat the correct way, which is to put money into the hands of the people who actually spend the money. Not the people who hoard the cash, not the people who ship it off shore, but the people who get money and then have to immediately spend it by redistributing it to the economy because they have fricking bills to pay. Those are the people that need a bailout. And if we’d given all of the bailout money to them, the two point 4 trillion from the cares act, I promise you this economy would be in a hell of a lot better shape today than it currently is by giving that money in the form of checks, to corporations who aren’t going to learn a lesson and they’re going to end up in the same position next time a catastrophe rolls around.