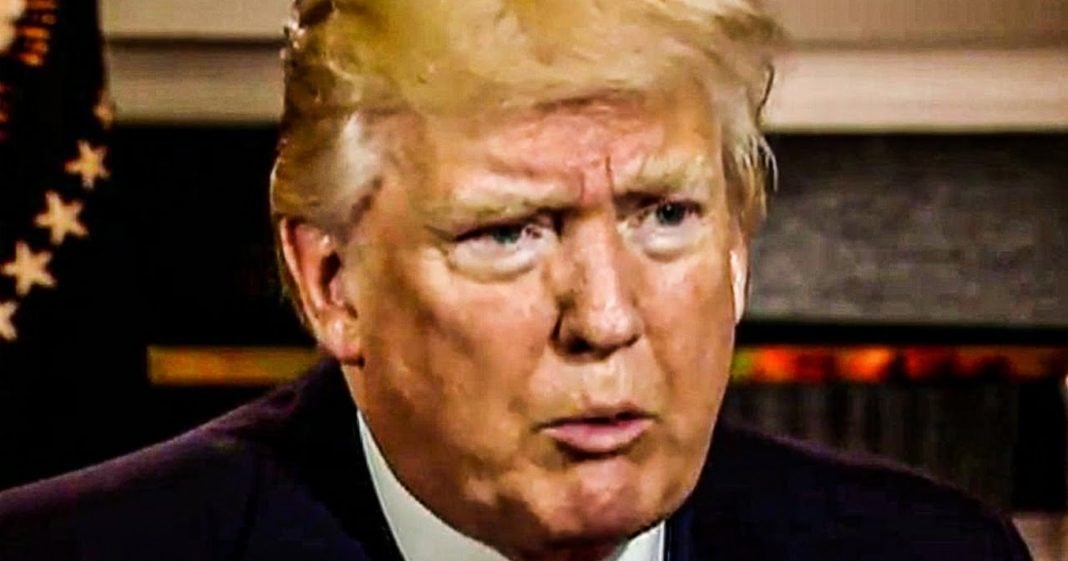 Trump’s chances of winning reelection in November are getting so dim that some Republican operatives are openly worrying that Trump could actually drop out of the race before November’s election. This would leave the GOP with no lead at the top of the ticket, and they’d have to scramble to find someone as the country watched their Party suffer a very public nervous breakdown. Ring of Fire’s Farron Cousins discusses this, and explains why this might actually give Trump a way to bow out without admitting defeat.

According to a report from Fox news. Some Republican operatives are actually so terrified of Trump’s poll numbers that they believe he may end up dropping out of the presidential race before November elections. Now some Republican operatives that Fox news spoke to agree that, uh, that’ll never happen. Trump’s going to run for president. He’s going to stay running for president. And by golly, he has a shot at maybe winning this whole thing, but other Republicans aren’t so sure. And to be honest, I don’t know where I fall on this. I mean, granted, I’m not a Republican operative, but it is a little weird for Trump right now, right? I mean, even Fox news has him 12 points behind Biden in their polls. Uh, he’s behind in the swing States, Florida, Wisconsin, Ohio, Pennsylvania, things are just not looking good for Donald Trump anywhere. And as Michael Tomasky pointed out for the daily beast, he doesn’t even seem to want to be president at all.

So is he going to drop out? Could he drop out? And what would that mean for the Republican party? Well, here is I think a way Trump could do it, like actually legitimately drop out of the presidential race and not take the blame for it. Here’s what would happen if Trump were to drop out of the race, if it leaves the Republican party in disarray, you know, the public would see suddenly the Republican party doesn’t even have a nominee. They don’t have anybody. Trump said, I don’t even want it. They would watch as the party scrambles and publicly freaks out over that fact, as they try to find somebody, anybody that they think might be able to fill the gap. And then that person is going to relentlessly be asked why the president dropped out of the race. That’ll be the focal point. The Republicans will look like complete buffoons.

And then Trump can say, that’s why I dropped out. They were so horrible to me. You have no idea what was happening behind the scenes folks. They were awful to me. They were making my poll numbers tank. They weren’t offering me any support. I had to go it alone. And I just wasn’t willing to do that for them. So I said, you know what, even though I love this country so much, you’re on your own Republicans. I won’t be a part of it. And that’s how he can get away with it. If he chooses to go that route, to be honest, I don’t want him to drop out by any stretch of the imagination. And I certainly don’t think that Joe Biden’s victory is a slam dunk at this point. I think anything can happen. I will be very surprised if Trump doesn’t turn it all around, admittedly, uh, time is running out, but he still has some time, but we’ve been saying he has plenty of time to turn it around for 10 months.

And then, you know, he said, Oh, there’s nine months left and no, well there’s still seven months. And then there’s still six months. And now there’s a lot less than that too. So maybe he won’t turn it around, but he’s definitely not going to drop out. I don’t care what these Republican operatives say. I don’t care how low his poll numbers get to drop out would be an admission of defeat. Unless of course he takes the route I suggested there, which I don’t think he’s going to do that either. It would work, it would win, but the man has too big of an ego to ever bow out of a presidential race and admit for any reason whatsoever that he wasn’t good enough to run that race.