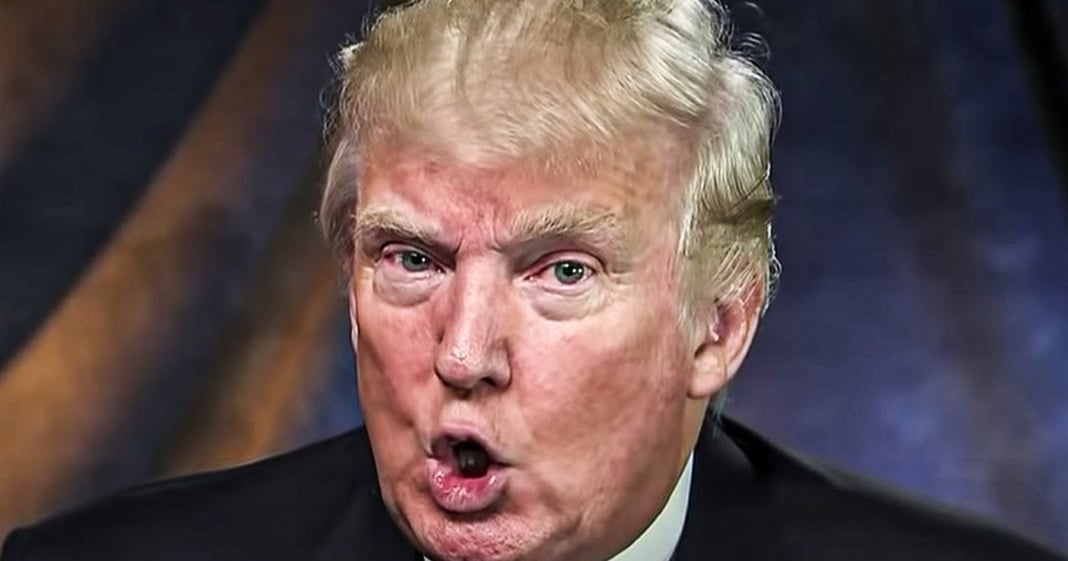 Donald Trump may not believe that the Coronavirus is a big deal, but his employees certainly do. Health and Human Services secretary Alex Azar warned this weekend that we, as a country, are running out of time to contain the virus, and Vice President Mike Pence has cancelled events and started encouraging Americans to wear face masks. These are stark contrasts to what Trump has been saying since the beginning, as Ring of Fire’s Farron Cousins explains.

Many members of the Trump administration are starting to get concerned over the fact that the president is not taking the spike in new COVID-19 cases. Seriously, he is still undermining the safety precautions that are now being recommended. Uh, in these areas, these red States run by Republicans. They’re now having to Institute, you know, mandatory mask. Wearings this very, very red city and County that I live in. Uh, they just did that on Friday. Of course, half the people still out and about are not wearing mass and they’re not enforcing it whatsoever, but Hey, at least they put the policy in place, right? But according to several members of the Trump administration, now we have to do this or else we’re about to see it blow up even worse than it already is. According to an appearance on meet the press, this weekend health and human services, secretary Alex Azar said that we can absolutely get this virus under control, but we’re about to run out of time, right?

The clock is ticking. We have the tools he says, we just gotta do it and we’re not doing it. And part of that, yes, does fall on individuals out there throughout the country. Uh, here is exactly what Azar had to say. We’ve got the tools to do this, like I said, uh, but the window is closing. We have to act and people, as individuals have to act responsibly, uh, we need to do social distance. We need to wear our face coverings where we can’t social distance, particularly in these hot zones. Uh, but here’s the thing, folks. It’s not just on individuals. I know, you know, Republicans are big about individual responsibility. Uh, it is partly on that. Yes, stop being an idiot, wear the mask. But the thing is when those at the top, refuse to do the same thing. When they refuse to endorse wearing the mask, they’re sending the message that it’s okay to not listen.

And yeah, our Republican governor down here in Florida, Ron DeSantis has been wearing a mask, a public appearances for months. Now. Sometimes he even wears it correctly. Most of the time, it’s a bit of struggle, but he’s been wearing one. He has been sending at least a decent message with that. Trump on the other hand wore one that we got to see one time. And he got so furious that a picture of him showed up in the papers, even though it looked fine and normal that he won’t wear one anymore. And he won’t let people around him wear them either. But even Mike Pence is starting to think that maybe this is not okay now on Friday Pence, just like Donald Trump said, don’t worry. We’ve flattened the curve. Even though the seven day increase in number of positive cases was 41% over the seven day period. Before that we hadn’t flattened the curve. The curve is going up. Like it’s flattening this way because it’s just shooting straight up.

But then on Saturday, Pence decided, you know what? Shoot I got, I got events in Florida and Arizona, the two hottest spots out there right now. So we canceled his events. So on Friday he says, don’t worry folks. The curve is flattening. Then on Saturday, he’s like, I’m not stepping foot in either of those States. Nope. He did go to Texas, which is the third state that is considered a hotspot right now in, in his speech in Texas. He told everybody, yeah, you need, do you need to be wearing your masks, please wear masks. Don’t not wear masks. So when he’s with Trump, he said one thing. He’s like, ah, yeah, it’s nothing to worry about. But then when it’s like, okay, cool. You want to go hang around all the people in the hotspots. He says, Oh God, no, no, no, no, no. I am not doing that. And if I’m going to be around people, they better be wearing masks. I’ll wear a mask. See? So Pence doesn’t believe what Trump is trying to sell the public because you could tell that from his own actions and his own words. But when he’s with Trump, he has to put on that brave face and act like, no, no, the virus is no big deal. Please don’t come within six feet of me

Folks. It’s real members of the Trump administration are freaking out. They want to take this thing seriously. They want him to take this thing seriously. But so far that’s not happening. And what’s interesting to hear is that to even Ben Carson from HUD, you know, he’s a doctor right. Used to be a great doctor. And then sometime when he was running for president his brain melted. But nevertheless, even he came out this weekend and said, listen, folks, if you just wear your mask, we get to return to normal faster. So if you do this, if you take the precautions, we can all get back to our normal lives even quicker. But if you don’t, we’re destined to live like this for quite some time. Uh, which is what we have also been saying for quite some time. They’re right about this, by the way All we need is for people to listen. And I think at this point in order for that to happen, Trump has to come out and not just be seen in a mask. He straight up needs to give a speech only about the need to wear a mask. Folks. I don’t even care at this point, if it’s a bright red make America great again, mask, if you got it, wear it. If you don’t got it, get it,