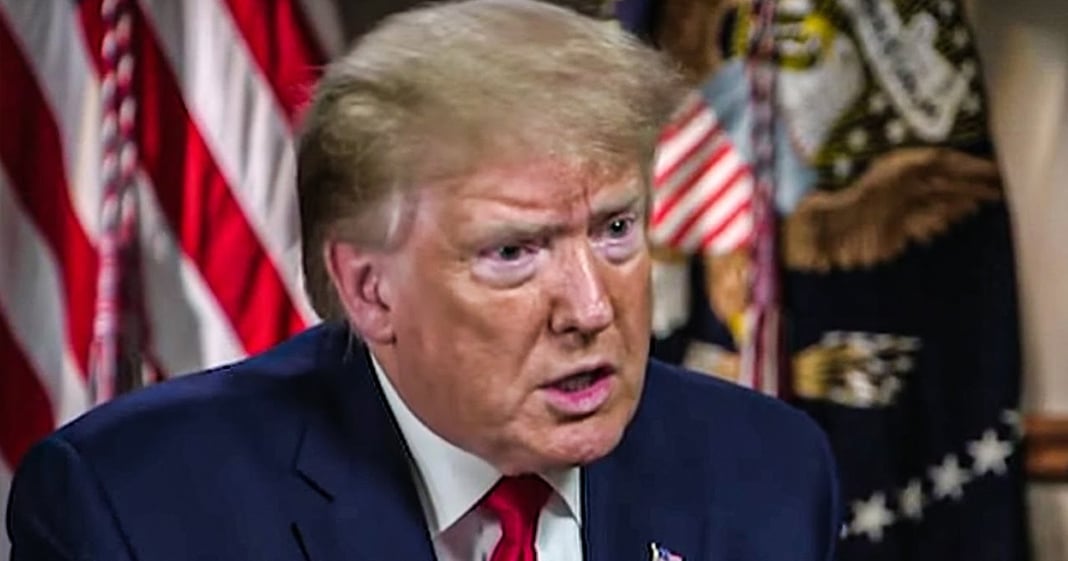 The 9th Circuit Court of Appeals has ruled that Trump violated the Constitution by stealing money from the Pentagon in order to fund his ridiculous border wall. This means that, pending appeal, the $2.5 billion that Trump thought he could spend is now tied up in limbo, hopefully long enough to wait out Trump’s entire term in office. Ring of Fire’s Farron Cousins explains the legal justification for denying Trump the Pentagon money.

Uh, big news on Friday, they kind of got overshadowed by everything else happening in this country, but it’s still good news. Nonetheless, a, a three judge panel actually ruled in two separate cases, uh, that both directly say that Donald Trump was wrong. And in fact, lacked the constitutional authority to steal money from the Pentagon in order to pay for his border wall. Um, you know, lest we forget before the whole pandemic broke out, uh, before we had all the civil unrest as a response to the gross racial inequality here in the United States, there was the border wall and Trump was doing everything possible to go full steam ahead on the border wall because he knew if he couldn’t get that done or at least enough of it done to show off before November, that that would have been the issue that could have tanked him at the polls.

Now, obviously several other things have arisen since then that, uh, any one of them would take them out. All three of them together. You know, the, the racial inequality, the pandemic and the economic collapse, uh, all three of those together have pretty much already tanked Trump’s reelection chances. But before that it was hinged on whether or not he could get that border wall, because that’s how you get the crazy radicals like Ann Coulter to continue to support your campaign. If you don’t have that, you’re losing a large chunk of the Republican base who view you as weak and ineffective and could likely stay home in November. Well, that’s when Trump decided I’ll just take money out of the military’s budget, right? I can totally do that. I’m the president. Well, this, this panel is echoing what legal experts had said at the time, which is legally, no, you can’t.

Uh, that is in fact unconstitutional because Congress has the power of the purse. They have the power to pass the budgets. They allocate where the money goes. Now you can spend it, but you have to spend it on what they tell you. You can, and you cannot deviate from the norms. So then of course, Trump declares his national emergency on the Southern border. And then he says, aha, well, now it’s an emergency because I’ve decided to call it one. So I’m gonna take two and a half billion dollars from the Pentagon, and I’m gonna use that to pay for my border wall. But even then, as, as we had pointed out back in the day, that’s still illegal. You still can’t take that money and just do whatever the heck you want with it. Congress would still have to approve it, or you would have to prove that there was a legitimate threat to the American public that would warrant this emergency decision by the president to spend the money on a border wall.

And in two separate rulings on Friday, this a three judge panels from the ninth circuit said, yeah, you haven’t demonstrated at all that there’s any kind of threat. In fact, here’s a direct quote out of the ruling, uh, from judge Sidney Thomas, uh, the executive branch has failure to show in concrete that the public interest favors a border wall is particularly significant given that Congress determined fencing to be a lower budgetary priority. And the department of Justice’s own data points to a contrary conclusion. So they’re looking at Trump’s own data by the way, and saying, Hey, what you’re showing us here shows that we don’t need this thing. And it certainly isn’t an emergency. You know, there there’s no caravans folks remember hearing every six months like clockwork for the first two and a half years of Trump’s administration, that there was a caravan. There’s now a caravan.

There’s new Dinu caravan. There’s a bigger caravan and they’re all coming to the border. And yet none of them ever actually came to the United States border. And it’s not because they were afraid of the border wall. It’s not because they were afraid of Trump it’s because in most instances they didn’t actually exist in the way that he said they existed. And the judges are looking at the data, looking at immigration data, looking at the threat statistics and saying, you know what? There is nothing that you have shown us that warrants stealing money unconstitutionally from the Pentagon in order to pay for your ridiculous border wall. So in light of all of the other things that Trump has, that are threatening his reelection campaign. Now we can go ahead and add on top of that for the hardcore conservatives, that’s your boy can’t even get the money for his border wall. And that was the only thing y’all wanted from him. And it’s been a spectacular failure, even when he breaks the law to get the funding for it. He still can’t make it happen.