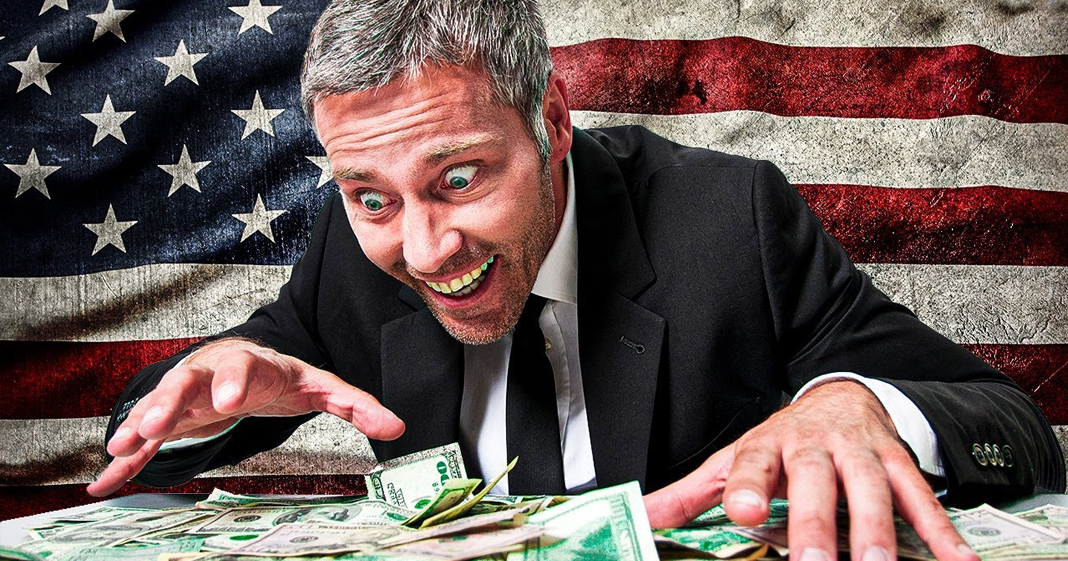 Inequality in this country doesn’t seem to care that we are in the middle of a pandemic, as billionaires in this country managed to line their pockets even more heavily, even as the overall economy started tanking and 45 million Americans lost their jobs. THIS is why we aren’t hearing widespread talk of a “Second Stimulus” for the economy – in the eyes of the elite the economy is working better than ever! Ring of Fire’s Farron Cousins explains what’s happening.

In just two days, we are coming up on July 1st. And what happens to the first of the month, right? Rent’s due, mortgage payments are due, and we’re still in the middle of a pandemic, many areas where we’ve seen these hotspots of new COVID-19 cases have gone into a sort of re uh, economic lockdown, restaurants and bars are having to close their doors once again, because we reopened too quickly, uh, phased reopenings have been put on hold. People in this country need money more than 45 million Americans have lost their jobs since the start of this pandemic, rent’s due in two days, where’s our stimulus, where is our bailout? They gave us money back in mid April and thought that was going to last us for the next four months. Not okay, But there’s a reason folks. There is a reason why we stopped hearing talk about a second stimulus or possibly rent relief or anything like that. And it’s because the billionaires are doing better than ever. The stock market has rebounded. And according to those in power, both Democrats and Republicans, that’s all that matters.

And if you think I’m raw, then you show me where those second stimulus checks are. You show me where the monthly payments are. You show me where the rent and mortgage freezes are. And yeah, you can point to a handful of progressive Democrats who have put forward legislation or who are pushing for these policies, but that’s the point. None of those folks are in leadership positions within the party in Congress, are they. Ro Khanna isn’t. Rashida Talib isn’t. Ilhan Omar isn’t AOC isn’t. And those are the people who are pushing for these things with several others. But your Pelosi’s your, Schumer’s your Nadlers, your Waters. They’re just as bad as the Republicans on this folks. And again, it’s because in their eyes, the economy is fine now because millionaires and billionaires in the stock market are doing better than ever between March 18th and June 17th.

As the pandemic raged, the combined wealth of the 614, us billionaires increased by $584 billion. According to an analysis released late last week by the Institute for policy studies, the wealth of the richest Americans is tied more closely than the rest of America to the stock market, which crashed at the onset of the crisis, but has rallied since largely detached from the broader economic picture. You know, who else has largely detached from the broader economic picture here? The people calling the shots, Washington DC left right on this issue. Doesn’t matter. It doesn’t matter because everyone in a leadership position, in a position to actually do something about it, they don’t care. They see this data same as you and I, and they don’t care.

They could do something about this. Rent’s due in two days, they’re going to do nothing about it because they did nothing about the rent when it was due in June or when it was due in may or when it was due in April. Even those shutdowns began in March. They knew all of this then. And we saw them crying and acting so concerned, Oh my God, the economy, the economy, the economy. And now they’re not talking about the economy anymore because they think it’s doing okay because all they measure the economic success of this country by is the stock market, this artificial wall street casino that we created for rich people to dump their money in it. And then come back a few months or years or decades later and pull out even more than they put in. That’s what wall street is. That’s what the stock market is.

It’s fake, it’s phony. And it’s for rich people to get richer. We can’t go to work. Restaurants are reclosing down. People thought they were about to start making money again, because they thought the government in their area knew what the hell they were doing. Well, they didn’t, they shouldn’t have reopened in the first place. But the only reason we have so many people pushing to reopen is because they have to work. They have to get that money because they have to pay rent. If the government had taken care of these people from the start, like every other industrialized nation did to their people, we would be on the recovery right now. We would be back at work, but they neglected us because they saw that their millionaire and billionaire donors were doing better than ever. And to them, that’s all that mattered because we’re not the ones who fund their campaigns. So we’re not the ones that they think they have to answer to, but they will answer to us. And they’re going to answer in November.