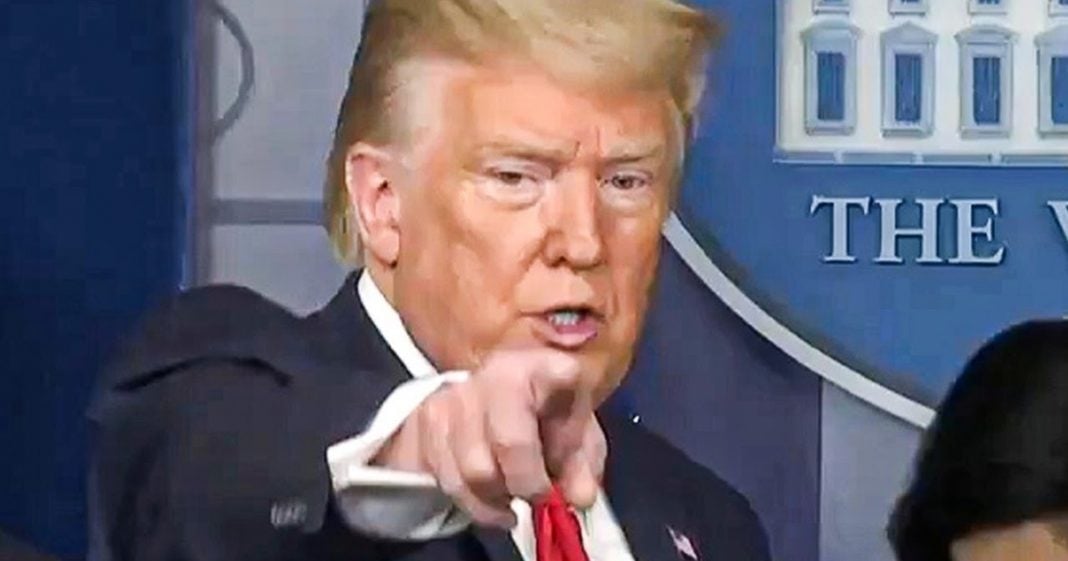 On Thursday evening, the Trump administration asked the Supreme Court to invalidate the ENTIRETY of The Affordable Care Act, a move that would immediately kick tens of millions of people off of their insurance plans…in the middle of a pandemic. While Obamacare is not perfect, it is currently better than not having it. But America should be expanding healthcare to EVERYONE, not kicking people off because Republicans still have a grudge against Obama. Ring of Fire’s Farron Cousins discusses this.

On Thursday evening, the Trump administration had the US department of justice submit a legal brief to the United States Supreme Court, begging them to strike down the entirety of the affordable care act. This DOJ legal brief asked the Supreme Court to effectively kill every single bit of Obamacare. Make it a thing of the past. It would no longer exist because according to the DOJ, when we Congress or the Republicans really got rid of the individual mandate, it made the entire law unenforceable. If it is unenforceable, you therefore have the authority and the ability, nay the responsibility to go ahead and just kill it all. Now that legal argument is super flawed and I’ll get to that in a moment, but let’s, let’s get one thing straight here. While we’re in the middle of a pandemic, while we’re seeing our numbers rise higher than they ever have.

Even though we’ve been going through it for months now, it’s still getting worse. The Trump administration literally went to the US Supreme Court and said, hey, can you kick tens of millions of people off their insurance for us? That’s what we want to happen. Could you, could you, could you do that? And here’s the thing they had actually already asked the US Supreme Court to not issue a ruling on this case, by the way, till after the election in November. They want Obamacare destroyed, but they don’t want it destroyed until after the election, because then if it happens after the election, there’s nothing the voters can do about it. Because they don’t read the news. This isn’t the kind of story that captures headlines. This isn’t the kind of story that you’re going to hear about on your local news. Fox news isn’t going to cover it.

And if they do, they’re going to cover in a positive way. But here’s what it means, folks. It means as we have thousands and thousands of people every day, developing, contracting this illness through the pandemic COVID-19 they want to kick roughly 20 million people off their insurance. While we have other diseases still rampant in the country, they want to kick people off their insurance. While we have sky high hospital rates, doctors rates and drug prices, they want to kick people off their insurance. That’s what’s happening and they’re doing it for two reasons. One, because they simply hate Obama. I don’t know what this man did to them, but by God, they will go to the graves hating him. But here’s another thing and this is from a common dreams and they’re writing this actually from the center on budget and policy priorities think tank. Here’s the biggest reason why they want to get rid of Obamacare.

The highest income 0.1% one in 1000 households would receive tax cuts averaging about $198,000 per year if the affordable care act was repealed. Households with incomes over 1 million would receive tax cuts averaging about 42,000 per year. Striking down the affordable care act would thus transfer billions of dollars each year from low and moderate income people who would lose subsidized healthcare coverage to high income households and corporations, which would receive large tax cuts because everything this goddamn party does is about cutting taxes for the wealthy elite. I swear to God like I’m going to, I can’t even come up with the words right now because reading it out loud, just once again, pissed me off, again. Republicans are psychopaths and they need to be treated as the legal system would treat a psychopath. They need to be separated from every other member of society and isolated for the rest of their days.

That’s what they need. They need to be locked away in padded cells forever because they’re insane. This, this is a psychopathy that we’re seeing here. They’re willing to let people get kicked off their insurance during a pandemic to give money to people who don’t need more money. That’s what Republicans are about. Every single Republican. There is no good Republican anymore and I’m tired of pretending that there are. I’m tired of hearing those on the left say, maybe we can make alliances on places we, bullshit. They want people dead so they can give wealthy people more money. I don’t care if we agree on anything, I’m not making an Alliance with these people and you would have to be a psychopath yourself to make an Alliance with them.

And as for the legal argument I mentioned earlier, their entire legal argument for striking down the affordable care act is predicated on whether or not the number zero is a number. It is a number. It is quantifiable. It’s quantifiable as nothing and therefore, if it were put before a nonpartisan hack judge, their legal argument would fall flat on its face. Because they’re arguing that since they reduced the penalty down to zero tax dollars for not having insurance, therefore it’s not enforceable, but it is. You are still being fined. You’re just forced to pay $0. The penalty exists, but the penalty is nothing, but it’s still there. That number could be changed at any given point, proving that it still exists. Their legal argument falls flat, but that doesn’t change the fact that each and every one of these Republicans throughout the country trying to destroy this thing is an absolute psychopath that would gladly kill you to give their wealthy donors a couple bucks a year.