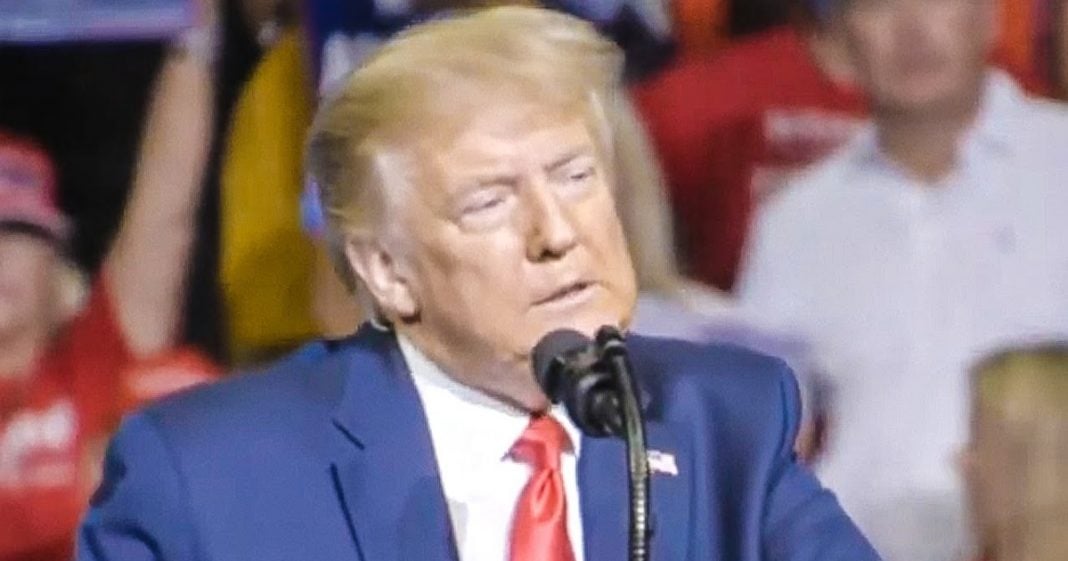 An astounding number of people in the state of Florida, including 41% of Republicans in Jacksonville, do NOT want parts of the GOP convention to take place in their city or state. These new numbers negate the overall goal of the Trump campaign, which was to bring the convention down to Florida to drum up more support for his failing candidacy. His plan is already backfiring before it has even been put into place, as Ring of Fire’s Farron Cousins explains.

The Republican party’s decision to move part of their Republican convention in August down to Jacksonville, Florida at first seemed like a good idea for the Republicans, at least for the Republican leadership in the party. Right? I mean, after all North Carolina had said, listen, we’re not going to let you pack an arena because you know, we’re in the middle of a pandemic. So not going to be able to do that. And so Republican said, well, okay, but we’re going to have to do something because you know, our boss, Donald Trump, not too happy with that. He, he likes to see the big crowds. He gets very embarrassed when there’s not a large crowd there. And then we saw what happened in Tulsa. And so Republicans before the Tulsa debacle decided, well, we’ll move part of it down to Florida. Trump loves Florida anyway, he’s not doing well in Florida.

What better way to boost the president to get a packed arena than to hold it in Jacksonville, Florida. And that’s why they’re doing it by the way, just in case there’s any question about it, they didn’t choose Florida willy nilly. They chose Florida one, because it’s controlled by brain-dead Republicans who will let the president do whatever he wants and two, because Donald Trump is losing severely in the state of Florida right now, and he can’t win the white house if he doesn’t win this state because he’s losing all of the other swing States in this country as well. Hell, he’s tied with Biden in the state of Texas right now. He has to have Florida. So he’s going to hold his part of the convention here in Florida in Jacksonville. Some of it’s still going to be in North Carolina. Some of it’s going to be in other places. And, by the way, the people in Jacksonville are fricking pissed that they’re doing it in Jacksonville.

According to a new poll by the university of North Florida, one of the most, by the way, reliable polls I have seen in my days reporting on politics and I’ll get to that in a minute, 58% of residents in the city of Jacksonville say they do not want the Republicans to come there. They do not want the convent, convention there. And an even larger percentage of the population in Jacksonville says that this is likely going to cause a surge in coronavirus cases. Wednesday of this week, Florida saw a record 5,500 plus new, new coronavirus cases just in our state. That was also the day by the way that the United States saw the largest surge in total number of COVID-19 positives, state of Florida saw their largest number prior to that, that’s more than a thousand, by the way, more than what our highest they had been since then. Things are getting worse. They’re not getting better. Yet we’re still opening up. People are going out, they’re going out without masks, unfortunately, they’re going to spread this thing and that’s, what’s going to happen when Donald Trump comes down to Jacksonville.

And that’s why people including about 41% of Republicans think that this is going to cause a spike in cases in their city and they don’t want that. And yeah, you heard that right? 41% of Republicans believe this is going to cause a spike in cases and they don’t want that spike. This is a bad idea. The convention needs to be digital. It needs to be all online because then, hey, guess what, you send out a link. Everybody in the country can join in if they want. They don’t have to be there in person and see you from 400 feet away as a tiny little speck down there. That does nothing more than to serve your own ego. That’s what that is. Both Democrats and Republicans, cancel your damn conventions. Yeah, that’s unprecedented, but so is what’s happening in this country right now. Let it go.

Trump’s decision to do this is going to get innocent people killed. He is going to bring people into that city that have the virus that otherwise would not have gone into that city. They will spread it to people who are native to that city that otherwise would not have been exposed to it. People will die from his decision all because he had to have a packed arena and he had to do whatever possible to try to boost his numbers in the state of Florida, by a couple of points. And as I mentioned, this is one of the most reliable polls I’ve ever seen. Do you know why? Because the margin of error for this poll was less than 2%. That’s quite remarkable. That is one of the best margin of errors, if not the best margin of error I have ever seen, it was a 1.95% margin of error. Absolutely phenomenal. So good job to the pollsters in not only conducting a very accurate poll, but also showing that the city of Jacksonville does not want the Republican convention or Donald Trump himself to come to their city.