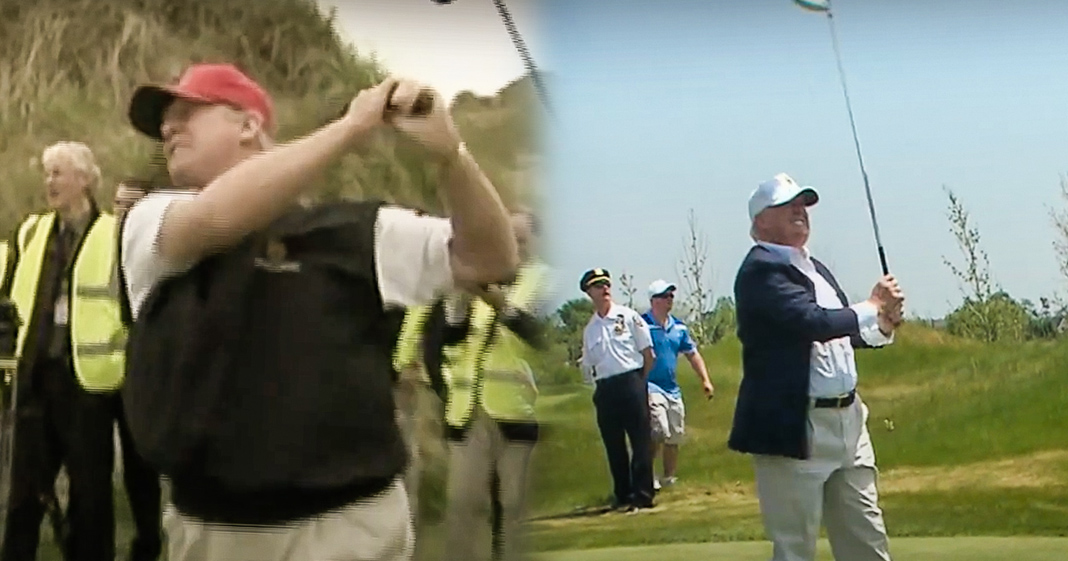 According to a new report, the federal government is now spending more on Donald Trump’s frequent trips to Mar-a-Lago than the CDC is spending on climate change. This is a global problem that the United States could have been a leader on, yet we are moving backward as the planet approaches a tipping point in the next decade. Climate change must become a priority for this country, as Ring of Fire’s Farron Cousins explains.

If the coronavirus has taught us anything it’s that the United States is grossly unprepared, both physically and mentally, to deal with major threats, specifically health threats, you know, like a pandemic or climate change. Coronavirus has been a dry run for climate change and we failed and we’re continuing to fail every single day. And there’s really no end in sight for the number of failures that we’re seeing from the federal government here. It’s insane. It’s terrifying as well, but it is what it is and there’s time to change, but not until we get a change in leadership in Washington, DC and I don’t just mean in the white house. I mean all over. We have to put politicians in place that understand the real threat of climate change, because according to a new report by the center for public integrity and the Columbia journalism review, the United States, the centers for disease control prevention are only spending about $10 million per year on climate change.

Meanwhile, we’re spending $64 million a year sending Donald Trump Mar a Lago. We are spending more for the president to fly down to Florida to play golf at his own golf course than we are on combating climate change and the health threats that come along with climate change. As Jeff Goodell recently pointed out with rolling stone magazine, we are seeing about a thousand people per year dying in the United States due to extreme heat, 1000 American citizens in these modern times, dying from heat. And no, these are not homeless people who have no access to cool down or whatever it is. People are dying in their homes from extreme heat. This does overwhelmingly affect the elderly population, but this is a massive health crisis and according to these reports, by the year 2100, we could be seeing 74% of the population of the earth experiencing potentially deadly heat waves every year. And if they do not have a way to take cover or cool down, they could easily die because the heat will be far more extreme in 2100 than it is now in 2020, if carbon levels continue to rise across the planet. We have to do something.

The report also points out that, you know, the Obama administration did also not prioritize addressing climate change with the CDC. He did however, attempt to double the agency’s budget to address the issue of climate change, to study and look into it. So, so there is that, but right now what’s happening is that we’re actually moving backwards, not just through the CDC not spending enough money to investigate this and to research it and learn how to fix it. But on the other regulations that Trump himself has pulled back from Obama. We are literally intentionally moving backwards on this issue, the issue of climate change, which is the biggest issue we have right now. And honestly it has been for awhile. Coronavirus has been a dry run for how we’re going to handle the climate crisis and the climate crisis is barreling toward us at record speed. And if we’ve learned anything from the last four months, it’s that the United States is hilariously unprepared to deal with any kind of crisis that we face.