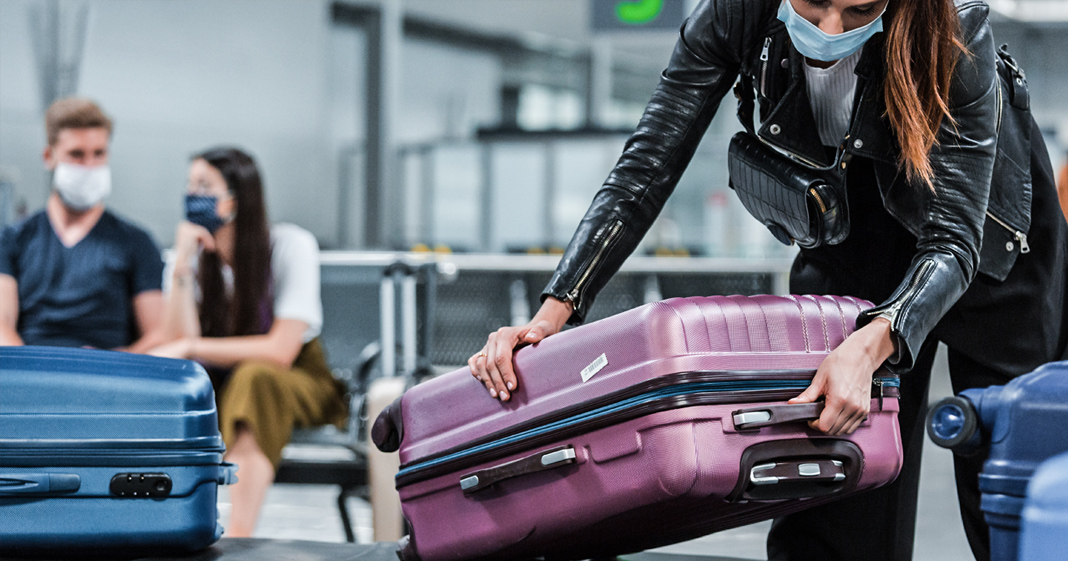 Airline workers, especially those onboard aircraft, are essential workers who are forced to be in close proximity to people all day long. As such, they have a high rate of infection from Covid-19. They are now begging the federal government to enact a mandatory mask policy, forcing all airline passengers to just wear a mask on their flights. This would help slow the spread of the virus, but being conscious of others is apparently too much for some people, as Ring of Fire’s Farron Cousins explains.

Airports across the country are begging the federal government, begging the Trump administration to enact some kind of national you have to wear a mask policy. At the very least, you have to wear a mask when traveling in an airplane or even going into an airport. Right now you have airport workers and airline workers across the country who are getting exhausted, exhausted with having to enforce a patchwork of policy that changes from airport to airport, because as it stands right now, each individual airport in this country is allowed to set their own rules for whether or not a face mask is or is not required. Meanwhile, airlines who, you know, use these airports, they’re also able to set their own standards on whether or not masks are required or not required. So if you have an airport where masks are not required, that is serving the airline where masks are required.

They’ve been running into a lot of conflicts. Some of them physical conflicts with passengers who insist that they do not have to wear a mask on the plane because it’s not the policy. You’re making airline workers by not taking any action federal government, you’re making these airline workers have to become, you know, the police of the airports. To drag these people off the planes, to subdue them when they get rowdy and angry, because God forbid they have to put on a mask or God forbid, they didn’t know they needed a mask because they looked up the airport. It said they didn’t, but the airline does. It’s confusing. And so the airports are begging the federal government. Again, just, just put out a policy, just say that yeah, you have to have a mask inside every airport and on every airplane. Done. End of story. No question about it.

You don’t wear the mask. They’re going to throw your ass out. Simple as that. And honestly, that’s what needs to happen right now. I wouldn’t even be heartbroken if they made that permanent. Probably would reduce the number of sicknesses that we see going around this country all the time, right? Obviously you can never do that, but you could do it right now. States could do it right now. The police powers that the States have health, safety and welfare. This has all three. They could easily state by state say every airport, every public place, you have to wear a face mask, or you can’t go in. We’re saying it happen in some areas, the state of California. We’re seeing it happen in certain cities in the state of Alabama. Okay, and California and Alabama are about as polar opposite as possible in this country. Almost like there are different countries from each other.

But when you have those areas making the same decision, yeah, you have to wear a face mask no matter what. Doesn’t that tell you something? That even the left and the far right can get together and say, yeah, this is a thing that needs to happen. We’re looking at the numbers. We’re watching the numbers go up while everybody else around the world is watching their numbers go down except some areas in South America, because they were the last to get hit with it. Yeah. We should do something. We should enact some kind of national standards that don’t just apply to the airports and airlines, but to every public space. But of course, you’re always going to have those Republican right wing snowflakes of you’re infringing upon my rights who say, I’m not going to wear a mask. And honestly, the reason these people are like this is because they just don’t like being told what to do.

If we were to tell them right now, do not wear a mask when you go out in public, the next thing they would be doing is all running out and buying masks. And they’d be wearing them all over the place. But because we told them to wear them, they’re choosing not to and they’re getting violent. You know, the, the viral video from earlier this week of the man trying to get into a Walmart that had a face mask only policy. He didn’t have one and he tries to charge through the worker who again, has to act like a professional wrestler and take out this idiot. Wear the mask, wear the mask. Stop being idiots, stop being selfish little pricks, and put on the damn face mask so that we can get through this faster. Everybody wants to get back to a normal life, but until we put the contact tracing in place, the mask policies in place, the isolation policies in place, all of it has to go together. But right now, as the airlines are pointing out, it’s a patchwork of random requirements that changes from city to city. The federal government has to step up and enact some kind of nationwide policies or else we’re going to be dealing with this for a very long time.