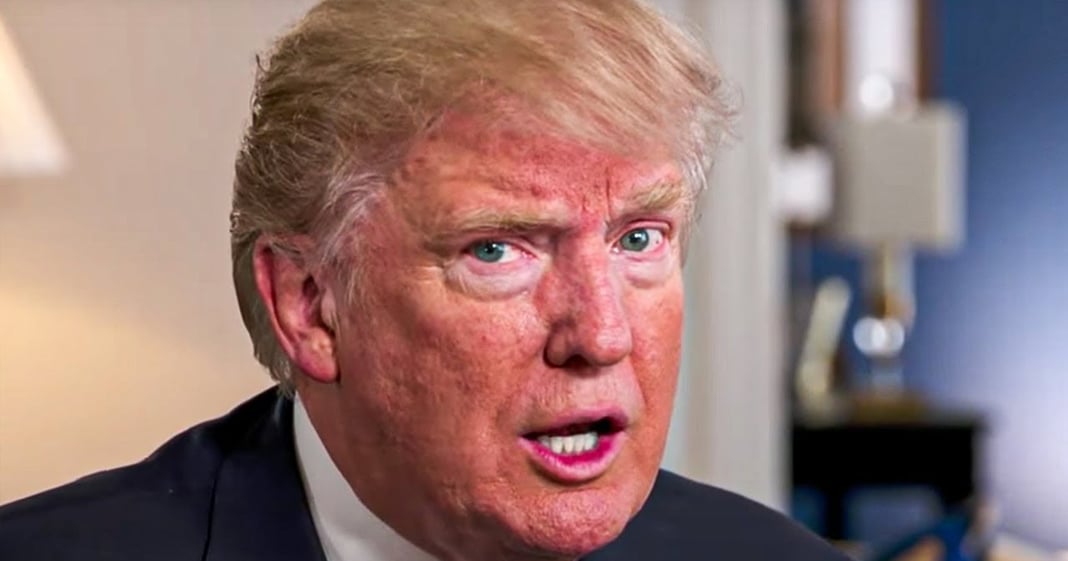 Donald Trump is once again a loser in court as a New York judge has decided that he does not have the authority to block the release of a book by Trump’s niece where she will allegedly spill all the beans about the Trump family. Several other family members have emerged out of the woodwork, and one emerged from the hospital, to file this lawsuit, but right now it doesn’t look like it could be successful. Ring of Fire’s Farron Cousins discusses this.

Yesterday was not a good day for the Trump family in general as a judge in New York ruled that he would not stop the release of Mary Trump, Donald Trump’s niece’s forthcoming book, which is going to be titled Too Much and Never Enough: How My Family Created the World’s Most Dangerous Man. Obviously this is an anti-Trump book. Reports have said that she is going to drop multiple different bombshells in here with a lot of revelations, both about Donald and the rest of her family and it’s sure to be an instant best, bestseller here. So the Trump family doesn’t want it to happen. Donald doesn’t want it. His brother doesn’t want it. His sister doesn’t want it. And so they had the oldest brother, Robert Trump, actually come out of the hospital in order to file an immediate injunction in court, begging the judge, please stop the release of this book and do it fast by the way.

Because I gotta get back to the hospital for my care. And the judge said that, hey, totally would love to help you. However, I can’t do this. I do not have the jurisdiction to do this because back in 2001, you settled the estate of Fred Trump, sr, that was over with. The estate was done, distributed, the estate as it word officially, no longer existed. And yeah, as part of the estate that the father left Fred Trump, sr. there was the nondisclosure agreement, which is very weird. Shows you that this family has lots of skeletons in their closet going all the way back to big daddy, Trump, and they didn’t want anybody to ever talk about it. So as part of the agreement, the settlement, the will, I guess you would call it, a nondisclosure agreement. Don’t talk shit about your family.

The judge in this case said, yeah, but once the estate was settled, the estate officially doesn’t exist. So those nondisclosure agreements that did exist with the estate no longer existed after 2001, when the estate was officially settled and dissolved. So the judge told Robert, if you want this case to continue, my suggestion is to take it up to the Supreme Court. And Robert’s lawyer said, we’re going to do that. We’re going to take that to the New York state Supreme Court, because you know, we, we got to get this settled. There’s a nondisclosure agreement as part of that estate settlement. So yeah, she can’t do this at all. It’s in the settlement, but here’s the thing. You know what else is in that settlement? You know, what they agreed to as part of the settlement, that all, all and any disputes would actually be in the jurisdiction of the judge from yesterday.

It was, well, I’m trying to find the court here, excuse me, Queens County, it was Queens County. They agreed as part of the settlement that everything that took place was going to take place in Queens County. Now that judge says, I don’t have jurisdiction because the estate is gone. So this is where things start to get a little interesting because according to this judge, the estate is no longer there. Therefore I don’t have jurisdiction and also therefore the nondisclosure agreement cannot be enforced. Fred Trump cannot silence people for the rest of their lives from beyond the grave. You simply can’t do that and so the lawyer says, well, I’m gonna take it to the Supreme Court. Well, if the Supreme Court does in fact have jurisdiction, then that means that part of that settlement is already now null and void. So why can’t the nondisclosure agreement also be null and void?

Do you see where I’m going with this? There’s no good outcome for Donald Trump or Robert Trump or the other Trump’s out there. The book’s going to come out and if Donald and his family are so insistent on this thing being full of lies as Trump himself, Donald himself, I guess in this instance has repeatedly said on Twitter, sue her for slander. You know, go, go after her after the fact. Your supporters are never going to read this book anyway, this isn’t going to change anyone’s mind. It’s going to reinforce a lot of things that most people in this country already think, that’s what it’s going to do. It’s confirmation for a lot of these people in the United States. That’s why they’re going to buy it. If it’s slander, sue her after the fact and take the money from her, she’s going to make a ton of money off it. But if it’s just embarrassing information about you and your family that you didn’t want out, well, oops, suck it up buttercup. Those kinds of things happen and there’s nothing you can do about it.