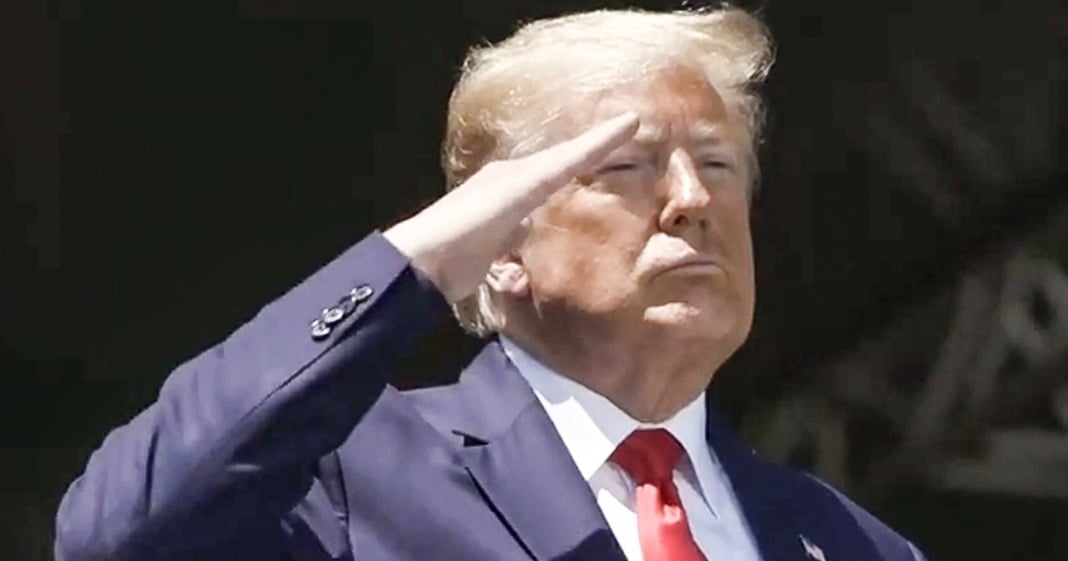 If polls are to be believed, Trump is enjoying his last year as President of the United States. But his actions in just four short years have not only changed America, but they will continue to change and shape this country for generations to come. He was able to do this by stacking the courts with right wing partisan hacks, with the help of Mitch McConnell, and there’s little that can be done to stop the 200 judges that Trump has installed. Ring of Fire’s Farron Cousins discusses this.

According to the polls right now, it certainly looks like Donald Trump is going to be a one term president. Meaning Joe Biden will likely win the presidential election based on polling right now, that is more than subject to change, but it’s probably not going to change all that much. So anyway, Joe Biden looks like he’s cruising to victory. Trump will be gone, a distant memory and everything’s fixed, right? You know, Joe Biden can, if he so chooses, undo the policies of Donald Trump, and we can all move forward as a country, except for one area. There’s actually one area where the damage that has been done by Donald Trump can actually not be undone, at least not for another 30 or 40 years. And that is the damage that Donald Trump has done throughout the country to the judiciary. Yesterday, Donald Trump got his 200th judge approved by the Senate to go and serve a life time appointment on a federal bench, 200 judges.

The man is going to end his first term with more judges appointed than Obama had in two. That is enough to completely reshape the judiciary. 20 more than 25% at this point of district judges in this country are Trump appointees and not just Trump, by the way, this is also Mitch McConnell. It has his fingerprints all over it. Same thing with the Federalist Society, the people who are helping McConnell find these judges, putting the corporate friendly antisocial issue judges out there on these benches for the next 30 to 40 years folks. Because it is the Federalist Society’s goal to not just put these right wing ideologues out there on the courts, but they’re getting younger and younger. You have judges that have been nominated by Donald Trump and approved, by the way, that are younger than me. Now, I’m not saying I’m, I’m a young guy anymore. I still like to think of myself as such, but I’m not in my forties, not even 40. I’ve got many years to go before I’m 40 and there’s now federal judges out there younger than me. You know, younger than, than, than David Pakman and Kyle Kalinsky as well. We’re older than judges in this country now. That’s a terrifying thought because yes, those people can serve for another 40 or more years shaping policy, reversing progressive policy if it gets past.

Serving the Republican agenda for longer than Donald Trump will be on this earth. That’s a terrifying thought. And I’m not just talking about the Supreme Court by the way, folks. The big problem is all of the other courts throughout this country, 200 judges from Trump and of course, Mitch McConnell. The damage they’re going to do is going to outlast the careers of both of those men. The damage that they are going to do could potentially mitigate any progressive changes we make in this country. So what do we do? There is only one simple and very obvious answer. There has to be judicial term limits put in place. Absolutely has to be. Nobody in this country, I don’t care what your position is, what industry it’s in. If it’s in government, if it’s in private industry, doesn’t matter. Nobody should ever get a lifetime appointment for anything ever, ever. But that is what we’re doing with our federal judiciary. These judges have nothing to fear. Impeaching a judge is an incredibly long and difficult process that rarely ever happens in this country, except in egregious cases of abuse of power and even then, it’s still rare. We have to come up with a better system to get these judges out. Otherwise we can kiss progress goodbye for the next 40 to 50 years.