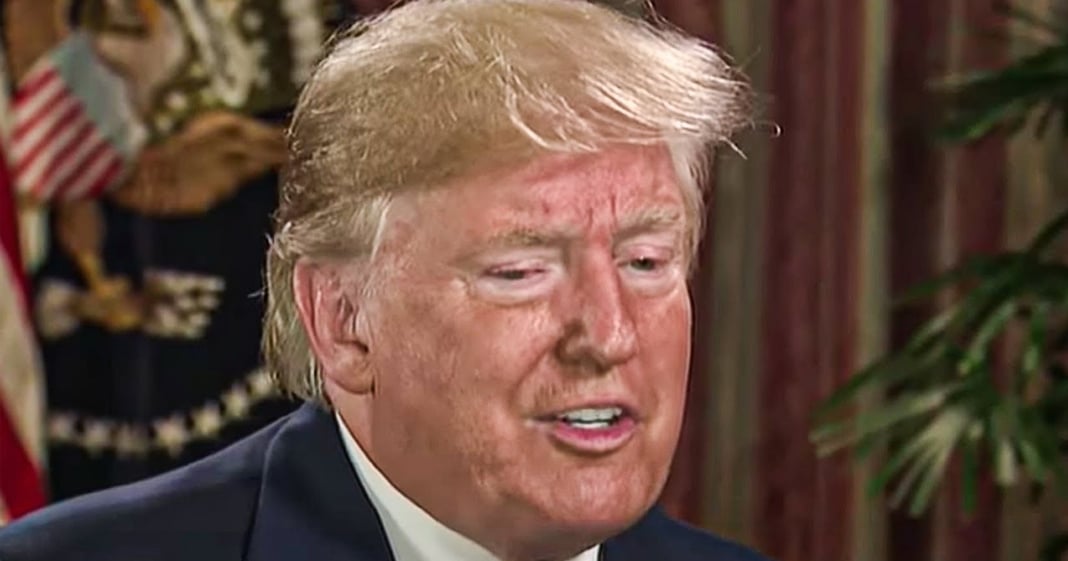 At least three of the candidates that Donald Trump personally endorsed lost in yesterday’s primaries, a strong indication that Republican voters don’t put a whole lot of stock into what the President says. This is just the latest in a long line of failed endorsements by Donald, as the candidates he picks overwhelmingly lose to their opponents in their races. Ring of Fire’s Farron Cousins offers an explanation as to why this is happening.

So yesterday we had multiple different States doing their primaries and one of the biggest messages we got out of yesterday’s primaries was that voters don’t care what Donald Trump has to say. And that isn’t a good message that the president would want to hear right now, as he watches his other poll numbers continue to tank. But what happened is that Republican voters in several different States that are vital for November, North Carolina is one of them. The other one is Kentucky. Kentucky’s a solid red state, but the Senate seat that’s a little trickier, but nevertheless, Trump backed candidates, Trump backed candidates in both North Carolina and Kentucky were soundly defeated.

And these were candidates that Trump had personally on multiple different occasions, gone out there and publicly endorsed. And one of the candidates who beat a Trump endorsed candidate was one Trump had attacked, a six term US representative in Kentucky, Thomas Massey, publicly sparred with Trump. Trump has insulted him, has backed his opponent. Well, Massey won, Massey won that primary. Then over in North Carolina, a little bit more embarrassing because Donald Trump had backed Linda Bennett for North Carolina’s 11th congressional district. Had tweeted out multiple different endorsements of her and she, she lost to a 24 year old motivational speaker.

Now, by the time the election rolls around, the 24 year old will be 25, which is the minimum age you have to be in order to get into Congress. But a Trump backed candidate lost to a motivational speaker who, by the way, supports Trump. Now both of these candidates who beat the Trump backed people, they’re not moderate Republicans by any stretch of the imagination. You know, they’re, they’re still Republicans. They’re still not good. They still have bad policy ideas that would screw over working class people and take away our rights. But the voters looked at what Trump had said, looked at the people that he endorsed and said, no. We know you like these people, but we don’t and we’re not going to listen to you here. That’s what’s so important about this. Yeah, this is two people.

Those are two major losses for Donald Trump. Candidates that he supports overwhelmingly lose their races. You know, that big study on that, that, that we talked about here just two weeks ago, proved that. If Trump endorses you, it is effectively more likely to be a kiss of death than it is a guarantee of victory. You’re more to lose if Trump endorses you, even if you were winning in your race and then Trump comes in and endorse you on average, it lowers you. It makes people like you less. That is how hated Donald Trump is. And Republicans all over the country better be looking at this as a sign of things to come, because this was just a primary. Trump is going to be throwing out lots of endorsements ahead of November, and it is a kiss of death. And if he kisses too many Republicans running for reelection in the Senate, then control of the Senate is going to flip to the Democrats.

Maybe he could endorse himself and then lose that race too. Who knows? I wouldn’t be surprised if he actually did send out a tweet saying I am endorsing myself for president. He’s that egotistical. And then he’d probably retweet it because he’s been retreating a lot of his own tweets recently and agreeing with himself in the retweets. That’s not normal behavior, but neither is anything we have seen from this man and even Republican voters voting in a Republican primary, looked at him, looked at his behavior, saw everything that he has done and said, thanks, but no thanks. I can think for myself.