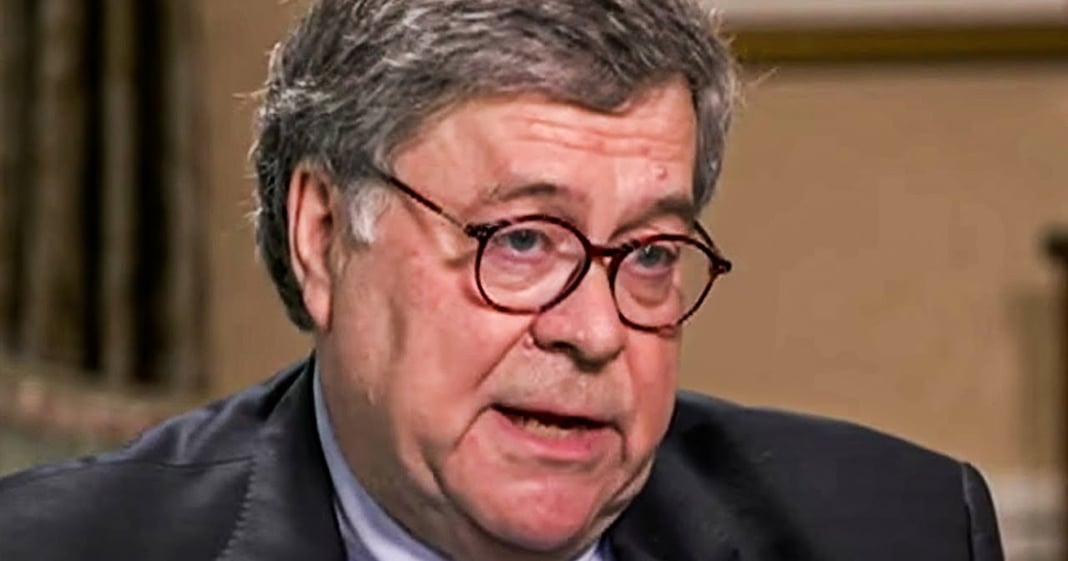 Attorney General William Barr is going to be called to testify before the House Judiciary Committee in the coming weeks, according to Committee Chairman Jerry Nadler. And if he doesn’t comply with a subpoena, they are threatening to cut off the funding for his office. This is a weak threat that the Democrats likely have no intention of upholding, which is par for the course with these people. Ring of Fire’s Farron Cousins explains what’s happening.

Democrats in the US house of representatives have decided that they are tired of the crap coming from the Trump administration, the obstruction of justice, the firing of prosecutors. They’ve had enough and they are laying down the law, you know, lowering the hammer on these members of the Trump administration, starting with attorney general, William Barr. And Jerry Nadler, the chairman of the house judiciary committee this week after admitting that impeaching Barr is a waste of time said, dagnabbit, If William Barr does not comply with a subpoena to testify, then he will leave us no choice, but to cut off the funding for the, for his office. Wow. Oh my God, step back Jerry Nadler. Calm down a bit, right? Whoa boy, you’re going to cut the funding for his office if he doesn’t comply with a subpoena that you haven’t even issued yet.

Oh my goodness. That’s tough talk, right? Here’s the problem I have with this and here’s why I’m so frigging pissed off about it. First and foremost, Jerry Nadler, chairman of the house judiciary committee, they want Barr to come and testify and explain why you just fired the prosecutor who’s investigating all of Donald Trump’s buddies. Fair enough. That needs to happen. But they’re not going to issue a subpoena for him to come and testify. They’re hoping he’s going to voluntarily show up and testify. Okay. If you think William Barr’s going to voluntarily walk into the House and testify, you’re insane, or really, really stupid, or maybe a combination of both because William Barr ain’t ever going to walk into the house of representatives and willingly testify. So right off the bat, you’re starting from a point of weakness saying, we’re going to give you the opportunity, bull. Don’t give him the opportunity. Issue, the damn subpoena.

And then Nadler says, if he doesn’t willingly come in here, then we’re issuing that subpoena. Boom. Okay, that’s what you should do to begin with, but okay, we’ll make it option B. And then he says, if you don’t comply with that subpoena, we’re going to get just total, you know, Hulk out on you, beast mode and just cut the funding for your office, which they’ll never do anyway. And Barr is 100% not going to comply with the subpoena. And the reason this pisses me off is because even if they did cut the funding for William Barr’s office, he doesn’t care. You can’t cut the funding for the entire department of justice. They’ll just reallocate money and everything will be fine. Like what an empty, crappy threat from Jerry Nadler, who unfortunately won his primary yesterday, that was disappointing. But there he is and that’s, that’s his tough talk.

That’s what he’s going to do. I’m gonna cut your funding when you don’t comply with the subpoena, which again, you’re not even going to cut the funding. Here’s what you should have said. You should have said, we’re not going to give you the chance to voluntarily come. You’re going to come because we’re telling you you’re going to come. Here’s your subpoena. And if you don’t comply with that, my option is going to be, to take the Sergeant at arms, to March into the DOJ, arrest your ass and haul you in front of my committee. I have the authority to do that. I have the legal authority to do that Nadler should’ve said, and that is 100% what I will do. And if you still won’t testify, then guess what? Under the powers vested in me as the chairman of the house judiciary committee, I will keep you locked up in a cell until you tell me you are ready to testify.

They have the authority to do that. That is written into the rules. They have a Sergeant at arms. They have protocol to keep these people who refuse to comply with subpoenas, locked up until they agree to testify. That’s an actual thing. But instead of doing that, instead of actually getting hard and being tough and saying you’re screwing justice throughout the country, Nadler again, who sadly won his primary yesterday, it’s past time for him to go. Nadler says, I’m gonna cut your funding, ha ha. Weak ass Democrats, that’s what’s wrong with this country just as much as corrupt Republicans, because neither of them actually cares enough to do the right thing when it comes down to it.