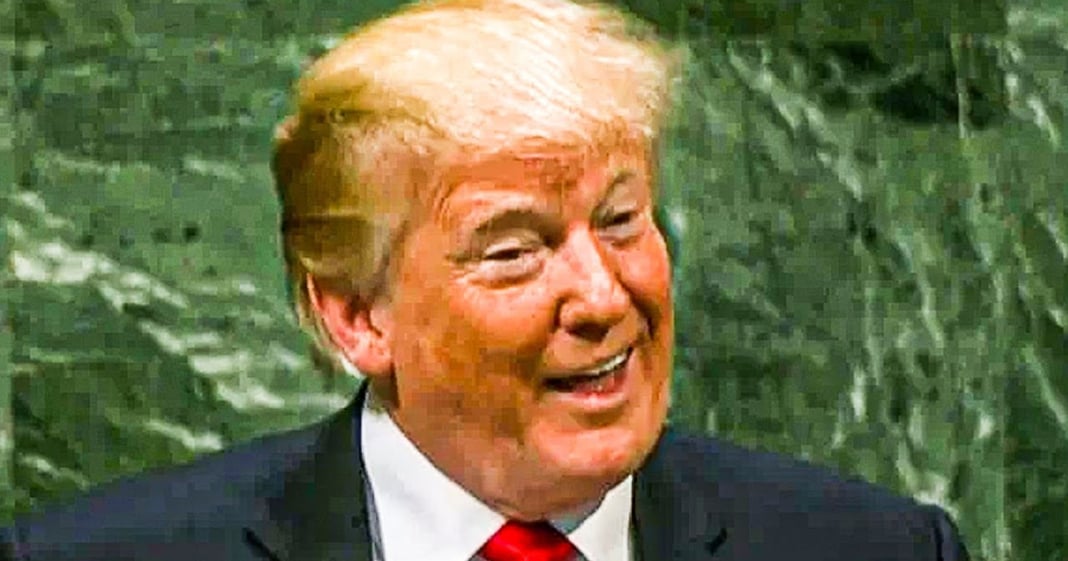 After Trump claimed this weekend that he ordered a slowdown with Coronavirus testing, Senators decided to check the receipts from the budget and found that $14 billion – most of which had been designated for Covid testing – had not been spent. Trump was actually telling the truth, and it is a truth that got more Americans killed. This should be the biggest news in the world right now, and it should erode the last little bit of support that Trump actually has. Ring of Fire’s Farron Cousins discusses this.

So on Saturday during his pathetic little rally in Tulsa, Oklahoma, Donald Trump did admit that coronavirus numbers in the United States were kind of getting out of control. Only because though we were testing so much. So Trump told the crowd that he ordered his people, he said his people, to slow down with the testing. Hey, it’s not a contest folks. It’s not a sprint, it’s a marathon. So let’s just slow down on the testing so that the numbers don’t look as bad because after all this was the unspoken part that he didn’t say, but he meant. The higher, the number of coronavirus cases in the United States, the worst his poll numbers got, that’s the way that happened. And he saw that he saw the correlation. He saw that people saw it as a failure of his and so he said, you know what? Let’s just not do it.

Let’s just slow it down. So immediately after he makes this claim, a couple of Democrats, Patty Murray and Chuck Schumer in the Senate decided hold up, is he being serious? Let’s go check the receipts. And sure enough, they check the receipts and it matches what Donald Trump said. Believe it or not. Trump was actually telling the truth. He did fail to spend the allotted money about $14 billion, by the way, on COVID testing, he slowed it down, starting in April, $14 billion, because he didn’t want the numbers to go up. 4 billion of that 14 billion by the way, was actually for contact tracing. So 10 billion for testing, 4 billion for contact tracing, 2 billion of the overall 14 billion was actually to subsidize testing for low income Americans to expand it through Medicaid. And they never spent that money because Donald Trump told them to slow it down.

And he only told them to slow it down so that his poll numbers might go back up or at the very least stop dropping. There is no more excuse for this. As Washington monthly described this, this is like borderline crime against humanity and at best it’s criminal negligence. The, that, that’s what we’re dealing with in the white house. I, I’m honest to God, like almost speechless the more I think about this, because I’m just getting so angry about it. He voluntarily told his people, my numbers are crap and they’re crap because we’re, we’re starting to test people. Let’s stop the testing and then the numbers will go up. But here’s what happened, folks. I know it’s funny right now because all these people say, well, the cases are going up now because the number of tests have increased. That’s not true because the percentage increase in testing does not match the percentage increase in new positive cases.

But we could have done this sooner and yeah, we might’ve seen a little bump from it, but we wouldn’t be living in the reality that we are today. We could have put the brakes on this thing a month ago, had we had the contact tracing and the testing, but Trump didn’t want to do it because he didn’t care because a couple more thousand dead Americans that might help his pull numbers because people aren’t paying attention to that. You know, they’re tuning into their daily news or they’re Googling it first thing they do when they wake up every morning, I’m not gonna lie, that’s what I do. Every single morning before I even get out of bed I grab the phone and I check out the total number of cases in Florida. And it’s terrifying. But I do that because I have to, because it’s part of my job to stay informed and it’s part of my job to help protect my family. Trump had that duty, but not just to his family, to the entire country and he failed. He was negligent, intentionally negligent. Folks, this is borderline criminal. He was willing to let people die to hide the truth from everyone because he thought it might make his poll numbers tick up a couple extra points.