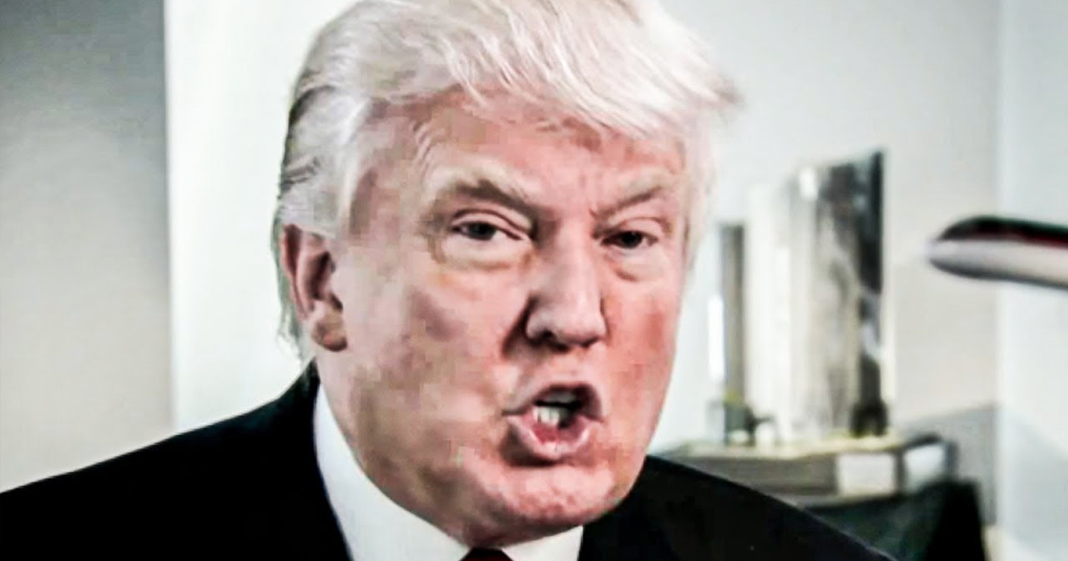 White House Press Secretary Kayleigh McEnany said on Monday that Trump is happier than ever, but every report coming from the White House says otherwise. CNN is reporting that Trump is absolutely blind with rage, and that he’s preparing to start firing people, possibly starting with campaign manager Brad Parscale. Ring of Fire’s Farron Cousins discusses this.

On Monday, white house press secretary Kayleigh McEnany, said that Donald Trump was in a great mood following that Tulsa rally on Saturday. She said that on the evening of Saturday and on Sunday, he was, he was energized. He was just maybe one of the best days the man has ever had in his life. Who knows at this point. But according to McEnany, Donald Trump’s press secretary, wow, was he ever in a good mood. In fact, this is exactly what she had to say. She said the president was not angry at all. The president was quite energized. I was with him after the rally, it was a huge success. His speech gave, got rave reviews. He was in good spirits on Marine One. He’s in his best mood when he gets to speak directly to the American people, because that’s what he loves. We all saw the video, Ms. McEnany of him walking off Marine One sad dejected, MAGA hat crumbled up in his hand.

That, that wasn’t a happy Trump. That wasn’t a, hey, that was a hugely successful rally Trump. That was a dejected, depressed, angry Trump. And according to literally every single report coming out of the white house for the last 48 hours, Trump is furious. Trump is angry. Trump is screaming at his staff and he is ready to start firing people. And if you ask me it’s past time for the firings to take place, right? We have had Brad Parscale, who has essentially been taking advantage of Donald Trump for months now. You know, he’s out there spending money on his own businesses to run this campaign. So he’s using it to essentially funnel money to himself, bought himself a Ferrari with it. He’s driving around thinking he’s all cool knowing he is taking advantage of Trump and absolutely driving his reelection campaign into the ground. Now I’m not going to fault Parscale for any of that. Good job for you, bud. Right? As long as what you’re doing is legal. Keep doing it, builk the campaign for all their worth.

But from a purely political standpoint, Parscale is in fact poison. The other poison pill within that campaign is Jared Kushner, who is according to reports, running things along with Parscale and Jared Kushner is just as bad as Parscale, if not worse at actually running a campaign, because Kushner has no idea what he’s doing. He doesn’t know how to manage a presidential campaign. But here he is, you know, the turtle on the fence post. Nobody knows how he got there, but everybody knows he had some help to get there and he has no clue what to do now that he’s up there, the post turtle, that is what Jared Kushner is. And to an extent that’s what Donald Trump is. So he can lash out and be furious at his campaign staffers and threatened to fire whoever. At the end of the day, he is responsible. He picked these people. He knew they didn’t know what they were doing, but they flattered him to hell and back and in Trump world, that is all that matters. That can land you a job that you are hugely unqualified for and that is exactly what has happened with this campaign.