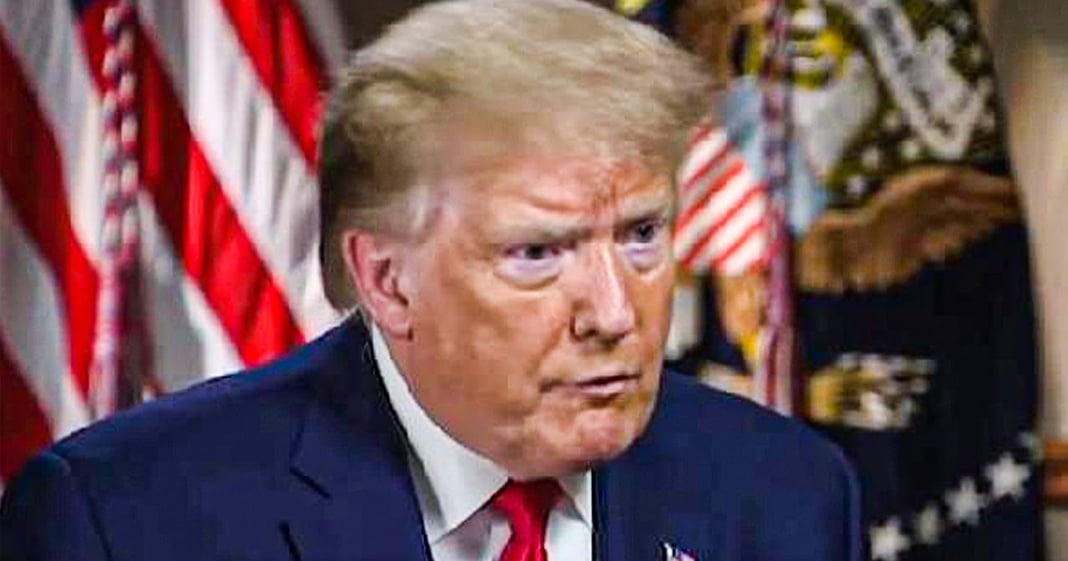 Ever since his pathetic rally on Saturday, the Trump campaign has been inundated with phone calls from wealthy Republican donors and GOP lawmakers demanding to know whether Saturday’s outcome is indicative of what they can expect in November. The wealthy elite have a lot on the line – they could lose a lot of money if their tax cuts are taken away, and they want to make sure that their candidate is able to pull out a victory. Ring of Fire’s Farron Cousins explains what’s happening.

So we know that Donald Trump is furious at his staff over what happened on Saturday with the Tulsa rally. We know that Jared Kushner and Ivanka Trump are furious at Brad Parscale as is daddy Donald. They believe this is Parscale’s fault, but there’s another group, actually, two more groups that are also furious, but they’re not necessarily mad at Parscale per se. They’re mad at Donald himself. They want to know what the hell is going on. You know, and the big question they have, and he has been inundated with phone calls, he and his campaign inundated with phone calls from these two groups. They want to know if Saturday is an indication that he has just lost so much support, that he doesn’t stand a chance in November. The two groups are wealthy Republican donors and Republican lawmakers who by the way, happen to also be up for reelection in November.

If Trump has in fact lost all of this support, it is going to depress Republican turnout in November, that’s going to hurt the Republican’s chances of retaining the Senate and it’s certainly going to make their dream of retaking the House, absolutely unattainable. But that’s what they’re looking at right now. And Republican donors actually stand to lose so very much from this, not just because they’ve put money into the campaign and if you lose then eh, it’s a losing bet. You know, you put it all on black, but it comes up red. You don’t get any money. And that’s the situation they’re looking at now. That’s the first round of losses. Their second round of losses will come with a deck, when the tax cuts that they’re currently enjoying inevitably get repealed. I would hope. If Joe Biden wins in November and doesn’t immediately repeal those Republican tax cuts, then he’s going to have a very hard time getting anybody on the left to support him.

You’d have to be a hard core leftist and corporatist to support a democratic president who doesn’t immediately repeal those tax cuts. I would hope Biden learned his lesson from the first four years of the Obama administration, where they didn’t repeal the Republican tax cuts, even though they had more than enough opportunities to do it. I think Biden’s a little smarter than that. So the wealthy elite who are furious at Trump, they know that they’re about to lose twice. They lose their investments into the campaign and they lose when he, Biden repeals the Republican tax cuts. The Republican lawmakers who have been calling Trump are furious because they know if he can’t pull out a victory, if he can’t energize the base, their reelection campaign is down the tubes because there’s a lot of Republicans who are in a lot of trouble. And that’s just enough to flip control of the Senate over to the Democrats. All they need is I think four, maybe five, because they know they’re going to lose Doug Jones.

That seat is likely going to either go to Tommy Tuberville in Alabama or Jeff Sessions depends on which one of them wins the primary. You can go ahead and bet they’ve already won that seat. But Democrats aren’t that far off. They can get the Senate and then those wealthy Republican donors, then they gotta be careful. They may lose a lot. They may lose nothing. It’s hard to tell with Democrats sometimes. Sometimes they do the right thing. Sometimes they do the corporate thing. Only time will tell at that point, but they do know they’re going to have to walk on eggshells. They’re going to have to count their blessings. And they’re probably going to have to dump a whole new round of campaign donations into people they haven’t paid off yet and so that’s going to be even more expensive. Either way, they’re going to lose a lot of money. And when corporations lose a lot of money, they get unhappy and they’re letting Donald Trump know right now that if you don’t fix this, if you don’t right this ship, things are going to get real bad for you real fast.