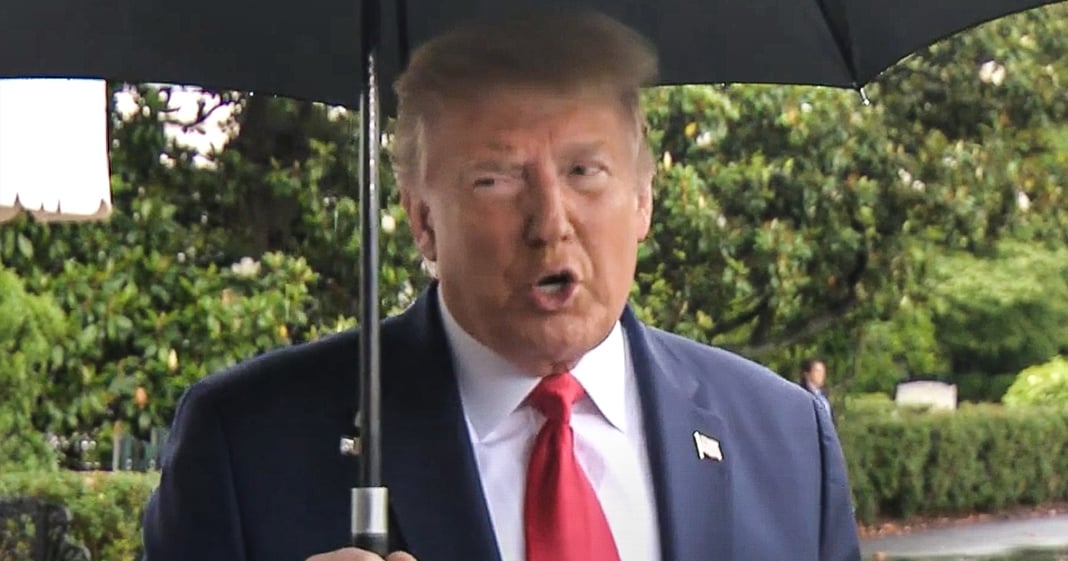 A federal judge refused to stop the release of John Bolton’s book (due out tomorrow) after the Justice Department had filed a motion to have the book banned from release, at least temporarily. Trump claimed that the ruling was actually a victory for him because the judge said that Bolton could be prosecuted if he leaked classified information, but that’s something that Bolton was already aware of. Ring of Fire’s Farron Cousins explains what’s happening.

Well folks, it’s now a civil war of sorts inside Donald Trump’s campaign for reelection and to be honest, this is a conflict that has been brewing for well over a month. As reports have shown us for quite some time now, Donald Trump has lost faith in the two people running his campaign. You have Brad Parscale the actual campaign manager, and you have Jared Kushner, the guy who Trump said, you’re going to go now work on this because of your extensive experience running political campaigns, whatever. But those are the two at the top, the two super geniuses that Trump has entrusted his reelection campaign to and we saw how that worked out for him this weekend, right? You know, they spend all this time hyping up this rally telling us more than a million people wanted tickets for it. 6,000 show up. The president looked like a sad puppy walking off that plane back to his white house. Nobody with him, tie a skew and untied. It was pathetic. The rally was pathetic. Watching them dismantle the outside stages because there was no overflow before the thing even began was pathetic.

And they need somebody to blame. Everybody needs somebody to blame in that situation. So Jared Kushner and his wife Ivanka are, according to reports, pissed off, pissed off is the word that reports have used, at Brad Parscale for setting this thing up and letting it be a massive, massive failure. They, according to the reports, think Parscale should have been able to see that it was nothing but a bunch of teenagers requesting tickets. Nobody was actually gonna come to this thing. Why didn’t you do a better job of vetting who was requesting tickets? Now, a spokesperson for Jared Kushner has come out and said, no, we’re not pissed off. Everything is great and grand and wonderful. We’re not mad at Parscale at all. And Parscale’s campaign has released a statement that says nothing because they didn’t actually release a statement when asked this question. So that’s a little interesting.

Kushner’s team only says, nope, we’re not mad and Parscale’s team says nothing at all. Something’s going on behind the scenes. Honestly, Parscale is going to be fired. Brad Parscale is going to lose his job over this and so many other things too, by the way, because Trump is not the only one who’s lost faith in Brad Parscale. Brad Parscale has also drawn the ire of Republican donors. Republican donors have pointed out repeatedly that Brad Parscale is clearly only in this for himself. They’ve pointed out that he is using the campaign to enrich his own companies, driving around in expensive cars. You know, spending money like a drunken sailor. Money that’s supposed to be spent for the campaign. But instead it’s being spent on Parscale. They’re furious at him, they’re furious at him right now after the rally, that costs a lot of money. That was a huge, expensive failure for them.

And they’re laying the blame squarely at the feet of Parscale. They believe that Trump has being hoodwinked by Parscale and honestly, they’re probably not wrong about that. So again, Brad Parscale is likely to lose his job in the very near future. And he should not just because he’s hoodwinking Trump. I applaud him for that. You know, as long as he’s doing it legally and bilking this guy for money, kudos to you, man. Nobody deserves it more than Donald, but the problem is when you take off your partisan blinders and you just look at this straight forward. You know, in the realm of just a political analysis, Parscale’s really bad at his job. He is not doing good for Trump. He’s not doing good for him on social media. He is engaging in petty childlike behavior instead of acting like a professional. And I know that’s kind of the hallmark of the Trump administration, but you have to have an adult somewhere in that room.

And the adult needs to be the campaign manager. It’s, it’s one thing for Trump to do it, but it’s another, when you have every member at the top of the campaign doing it, acting like whiny, petulant children, all over social media, attacking people, insulting people. You gotta have somebody that looks like they know what they’re doing, but Trump got rid of all those people and replaced them with the idiots. And that’s what’s happening with this campaign today and that’s why he is more and more starting to reach out to the old guard Republicans, the Karl Rove people, including Karl Rove himself. And I can guarantee you within a couple of days, maybe a week or two, those old guard Republicans, the swamp as Trump calls them, will have taken the reigns of this campaign and Brad Parscale will be a distant memory.