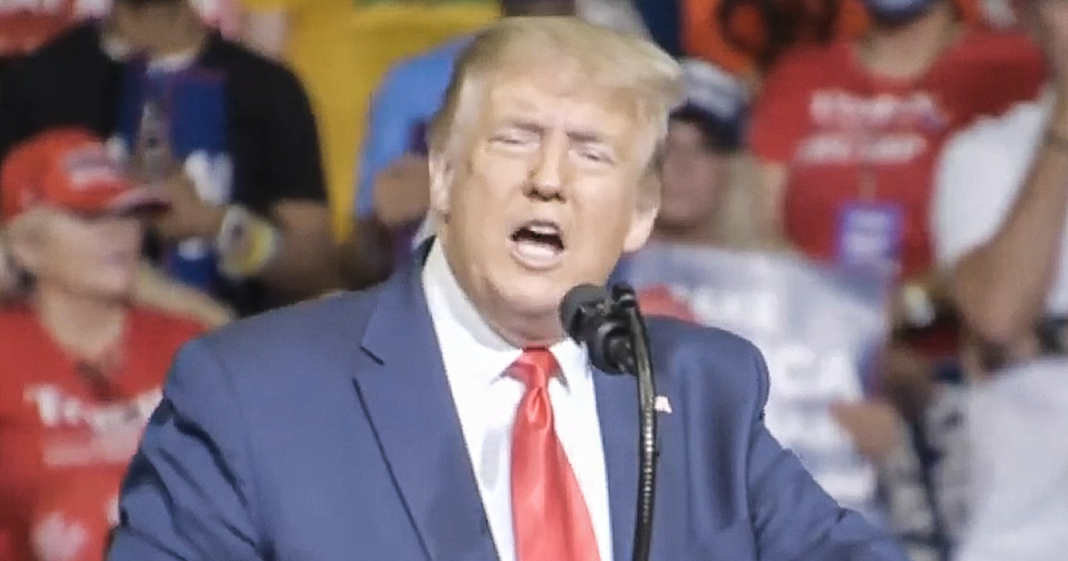 Not surprisingly, Donald Trump is absolutely furious about the poor attendance at his Saturday night rally in Tulsa, Oklahoma, and his campaign manager, Brad Parscale, should be terrified right now. The President is no stranger to firing people high up the chain of command, and Parscale sits atop the campaign infrastructure. But the failures surrounding Saturday could have been predictable if Parscale was even slightly good at his job. Ring of Fire’s Farron Cousins discusses this.

Reports have been swirling ever since Donald Trump’s rally in Tulsa on Saturday night ended about how furious the president really is and reports indicate that his kids are angry. His staffers are angry. Republican donors are angry. Essentially, everybody’s angry about how horrible that rally went because after all this was supposed to be the major launching point of the Trump 2020 campaign. The man has been stuck inside the white house. He has been unable to hold events. He has been unable to go out there and energize people the way he did in 2016 and the way he’s always liked to do, that’s his bread and butter. And if you take that away from him, you take away a lot of the power of his presidency and of his campaign. So this was meant to kickstart things, put him back on the track that he knows best and that he has been successful with and it doesn’t work anymore.

Now, the interesting thing that has developed since then are all of the, you know, theories as to why this happened. You obviously have some concrete evidence, there were, you know, the teenagers, the K-pop fans and the kids on Tiktok who apparently got online and registered for a bunch of tickets, artificially inflating the numbers and they clearly had no intention of actually going to the thing because they wanted to make Trump look silly. If that is in fact what happened then absolute, you know, congratulations are in order for all of the people who did that. Thank you very much for your service to America. But the Trump campaign says, no, no, no, that is not what happened at all. It was not a bunch of crazy teenagers out there fooling us. What it was, was the protesters.

People didn’t want to bring their families to this rally because they knew that the violent protesters were going to be there and things were going to get horrible and their family wasn’t safe. So they stayed away. Except that’s not true. There were not violent protesters there. Hell, there were barely even protesters there. The one woman wearing an I can’t breathe tee shirt was forcibly removed and arrested for being there. Even though she actually had a ticket. Like total violation of this woman’s first amendment rights and they arrested her for it anyway, because they didn’t like her shirt. They thought, they thought she might be a rabble rouser. Aside from that, really not a ton of protestors. So there’s that talking point falling flat. And what you have right now is an administration, a campaign, both of them actually in pure chaos, they don’t know what they’re doing. They don’t know what their next step is going to be.

And of course you also do have to factor in the pandemic because apparently there are fewer stupid people than we had thought, which is a good thing, and maybe they didn’t feel like risking their health to go watch this man talk about crazy things. Maybe they didn’t think that contracting a potentially deadly virus was worth watching the president drink water with one hand. Hey, I don’t know. I haven’t talked to the people who didn’t go. But I have to imagine watching this man speak simply wasn’t worth it. So there’s lots of different things involved. But one thing is for certain heads are gonna roll. As I mentioned, reports have been circulating for the past two days, Trump is allegedly screaming. He has snapped at his aides. His kids are furious at Brad Parscale. Trump is furious at Parscale. The donors are furious at Trump, not just because he failed here, but because he spent a lot of money on it.

And more importantly, because they’re looking past the rally and the donors are looking at Trump himself and wondering what the hell is your message for 2020? You know, what are you going out there and telling people is your platform? You’re not giving people a single reason to vote for you to stay in the white house for another four years. And if you don’t have a message, then you don’t have a chance to win reelection in November. So a lot of anger to go around and all of it falls back on the central theme that Trump’s campaign is being run by complete morons.