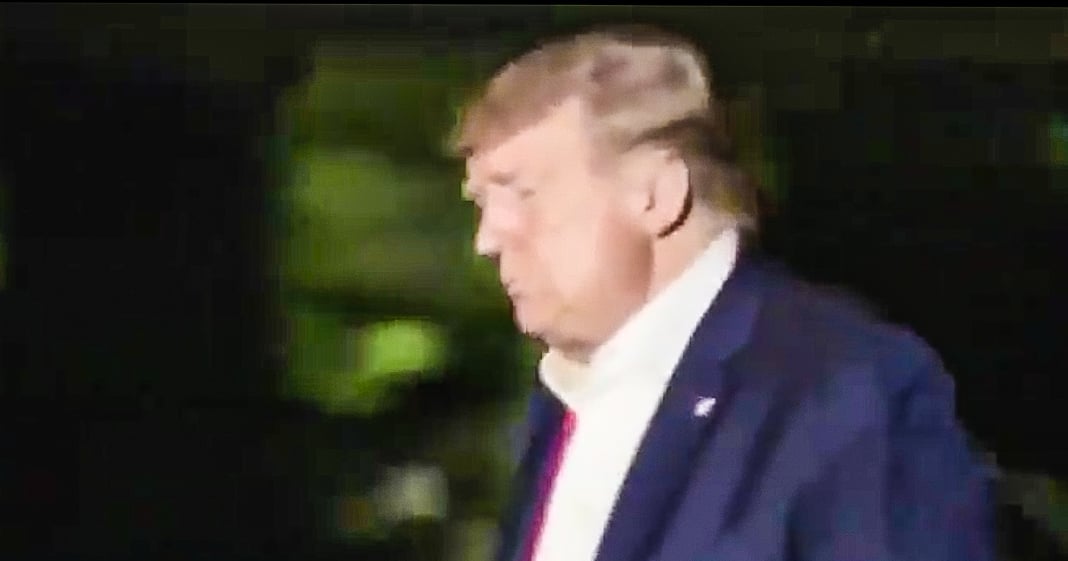 Donald Trump’s rally could not have gone worse for him. And if the optics of the half-empty stadium weren’t bad enough, the video of a dejected Trump walking off his plane are surely worse. The President looked exhausted, depressed, and haggard as he trudged along the path, and those images were widely mocked all over social media throughout the weekend. Ring of Fire’s Farron Cousins discusses this.

By now everybody knows that Saturday was Donald Trump’s massive, massive rally in Tulsa, Oklahoma, or at least they’d been telling us all week it was going to be massive. They had had over 1 million requests for tickets. The whole thing was going to be so big. They had planned a second speech for outside. So that Donald Trump could leave the main crowd and go talk to the overflow crowd. Well, that stage actually got broken down before Trump even arrived at the venue because there simply weren’t enough people to warrant an overflow speech. In fact, according to the Tulsa fire department, fewer than 6,200 people showed up to pack this 19,000 person capacity theater there, Trump couldn’t do it. Couldn’t pack the arena on his big comeback rally. And there’s lots of reasons we will get into those in a little bit later today. But the thing that stuck out the most was the trip back, right?

Hell even Nixon, leaving the white house for the last time. You know, and he turns around and he gives a big, like, he wasn’t even as depressed as Donald Trump was now, there. Trump was disheveled, you know, he had his tie undone. We don’t ever see that. The man knew that what just happened was indicative of what is going to happen to him in November if all things remain constant and there’s plenty of time for them to change, but that was supposed to be his big comeback. That was supposed to be the event. And instead of leaving there all amped up, you know, he got to drink water with one hand, which actually for some reason, made conservatives cheer. They posted on Twitter and Facebook about how awesome he is because he drank water with one hand. That’s their bar, by the way, that’s how low it is. Like if he can drink water with one hand, I guess he can be president. But even that, even that wasn’t enough and the president knew it. And that’s the difference this time. That’s why that little walk of shame right there, that’s why that is so important. It got to him, he finally understood it and that, that is a big step in his development as a human being. For the first time in his life, we were able to watch it happen as he realized that he failed.