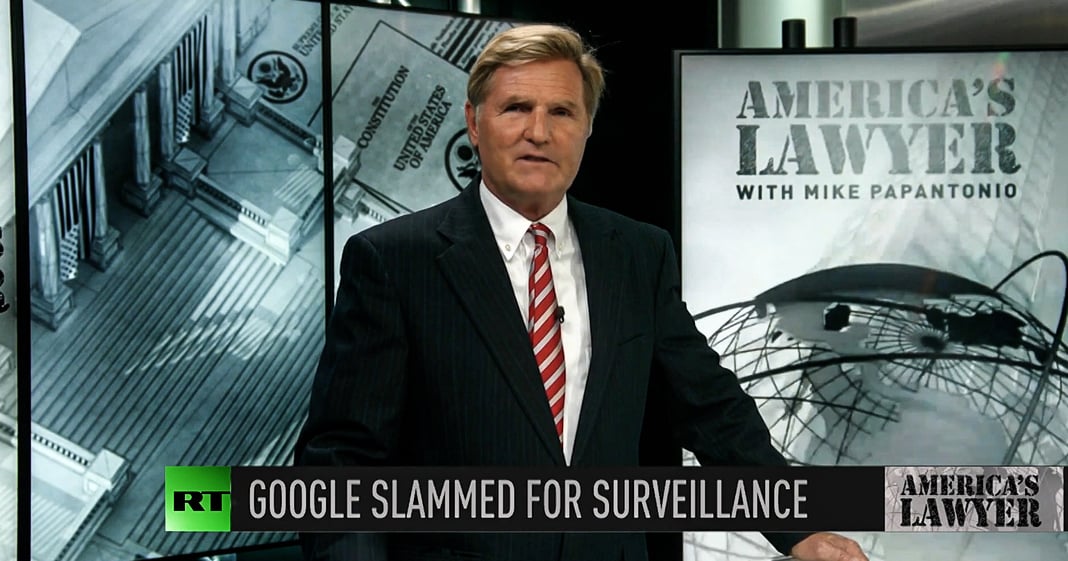 Via America’s Lawyer: Google was hit with a $5 billion lawsuit for privacy violations being committed by the tech company. Mike Papantonio explains more.

Finally tonight, some good news. Last week, Google was hit with a $5 billion lawsuit for privacy violations being committed by the tech company. The lawsuit claims that the company has been tracking the data of users even when those users specifically said, don’t track me, you’re not permitted to track me. This class action lawsuit has been a long time coming and attorneys are expecting the class to cover millions of users who’ve had their privacy violated, their rights violated by Google. If it’s successful, the lawsuit is hoping to recover up to $5,000 for every individual who had their data scraped and tracked by Google illegally. Online privacy violations are becoming far too common and while other countries have taken strong steps towards guaranteeing that users aren’t taken advantage of, America is falling dangerously behind, due to the severe lack of regulations and leadership at the top. This is what corporate money buys you in the United States and American internet users are the ones who pay that price, even though they don’t know it most of the time.

So that’s all for tonight. Find us on Twitter and Facebook @facebook.com/rtamericaslawyer. Watch all RT programs on Direct TV, Channel 321 and stream them live on YouTube. And be sure to check out this new RT portable app that’s out there. It is fabulous. You can follow any, anything you want to follow on TV. I’m Mike Papantonio and this is America’s Lawyer where every week we tell you the stories corporate media is ordered not to tell because of their political connections and because their advertisers demand that they not tell the story. Have a great night.