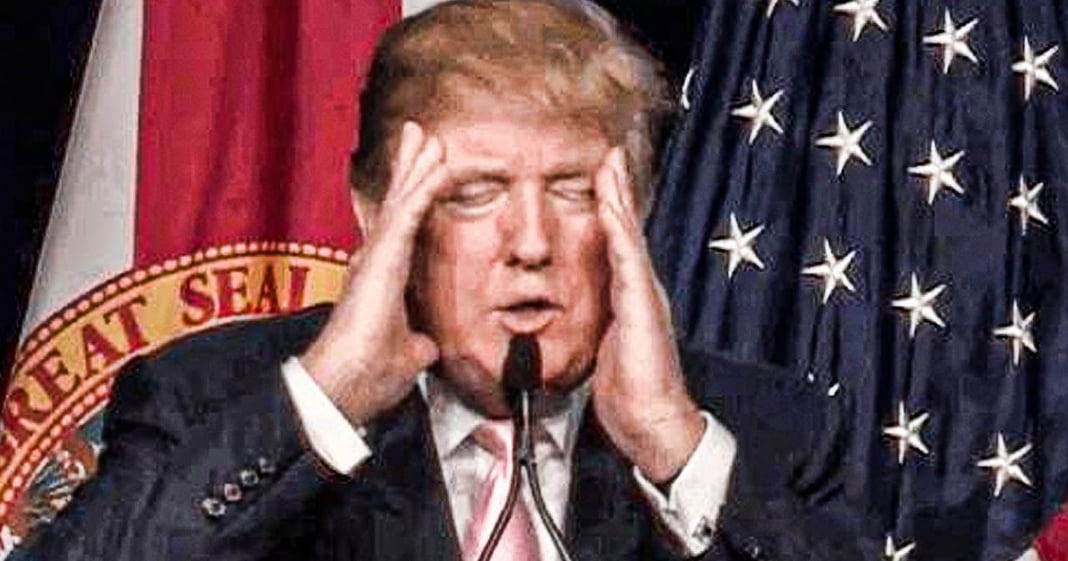 Donald Trump’s golf course in Palm Beach County is currently pleading with County officials to forgive their monthly lease/rent payments during the pandemic. These payments, which total $88,000 per month, go to the County due to the fact that Trump is leasing the land from them. As millions of American struggle to pay their rent each month, the President’s billion dollar business wants a break that they aren’t willing to give others. Ring of Fire’s Farron Cousins discusses this.

Millions upon millions of Americans have been struggling, trying to figure out how they’re going to pay their rent or pay their mortgage every month, since this pandemic began. More than 40 million Americans have already lost their jobs as a result of the pandemic and even in the areas where things are reopening, people are able to go back to work. We’re now seeing a resurgence of the virus and a lot of those places that had reopened are having to re shut back down. The bottom line is that the American people still need relief and the federal government isn’t giving them anything. They got a one time check, two months ago of 1200 bucks, assuming they made less than 75 grand a year. That’s what they got and that was supposed to last them 10 weeks. You know, the Trump administration defended it. Democrats defended it. It was crap.

It was absolute crap. No mortgage relief, no rent relief, nothing to actually help these people not lose their homes or their businesses that they have to pay these monthly fees for or else they lose the building. But you know who is out there fighting for rent relief and mortgage relief? Oh, not, not for the public, but, but for themselves, Donald Trump and his kids. Reports this week show that Donald Trump’s organization, which is run by his two idiot sons, Don jr. and Eric are begging the County of Palm Beach here in the state of Florida to suspend their monthly rent payments, lease payments of $88,000 per month during the pandemic, because that’s just too much money. They can’t afford their monthly lease payment to Palm Beach County and for those who aren’t familiar, this is for Donald Trump’s Trump international golf club in Palm Beach County.

The property that they sit on was leased from Palm Beach County for a period of 99 years and the current lease payment is $88,000 per month. The state of Florida has closed down their golf courses. They are not yet reopened and so Trump international says, we don’t want to pay $88,000 a month. Can you please do something for us? We’re not pulling in money. So how in God’s name, can you expect us to pay out money? That’s just crazy talk, isn’t it? You know what? I hope you don’t get relief from this. I honestly truly do not, for so many reasons, but the most important of which is the fact that you, the Trump administration, the man who owns this golf course, that is begging, begging Palm beach County to forgive their lease payments each month, you could have done something. You could have issued an executive order that immediately suspended rent and mortgage payments coast to coast, border to border and Alaska and Hawaii, not a single rent or mortgage payment during the pandemic, you could have signed an executive order.

You could have told Steve Mnuchin at the treasury department to enact that policy. You could have done so many things to give us the same kind of relief that you yourself are now seeking, but you didn’t. So I hope you fail. I hope they slip, slap you with those $88,000 payments and if you’re even a minute late on it, I hope they foreclose. And I hope you lose your golf course. And I hope they kick your ass out of Florida. That’s what I hope for you. Not for me, but on behalf of every single person who doesn’t know how they’re going to pay their bills tomorrow, or when July 1st comes around, or even when June 1st and May 1st came around. Americans are suffering and the suffering is getting worse and your part of the reason the suffering is getting worse. And you have the audacity to think that we’re not going to find out that you’re down there with Palm Beach County officials on your knees, begging them. Please don’t make me pay $88,000. I can’t afford my rent this month. You take care of the people in this country first and if you do that for them, then yeah, I’m okay with you getting your rent payments suspended for the rest of this pandemic. But not, not if a single person in this country loses their residence because they couldn’t pay their rent or mortgage due to the pandemic. If that happens, you should get nothing.