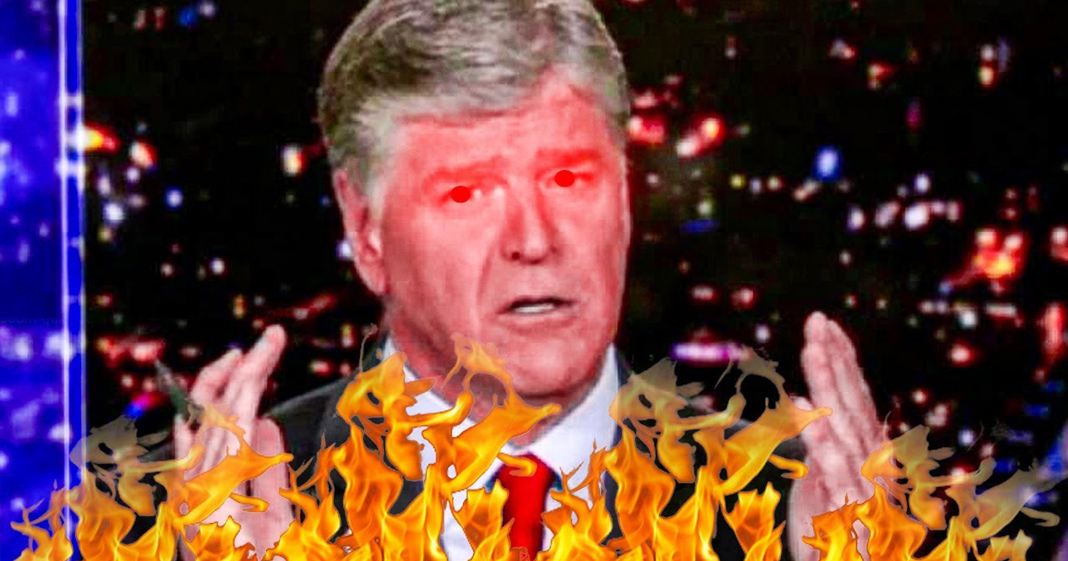 Fox News, and plenty of other right wing media outlets, have been actively helping to promote violence against the protesters that have flooded streets across the country for the past several weeks. By focusing on just the actions of a few violent members of the crowds, Fox has convinced their audience that everyone involved in the protests is a violent criminal, which couldn’t be further from the truth. Ring of Fire’s Farron Cousins discusses this.

As the protests continue throughout the United States, so too does the violence against these protesters. You know, we’ve seen reports all week for over a week, actually, talking about this Seattle, the autonomous zone that they have created, Chaz. We have seen video footage of, of these protesters or alleged protesters out there smashing windows. You know, in the early days of this, we saw them running out of the target with TVs and even that one kid that had the handful of Legos and it’s footage like that, that is 100% misleading. That is not the norm. It’s not even all that common with what’s happening right now. Those are just the actions of a few that the right wing media has managed to convince a good number of people in this country is actually the majority of what’s going on. And as salon.com reporter Amanda Marcotte reported earlier this week, Fox news and of course, other right wing media outlets have done a phenomenal job of trying to paint a picture of violent, angry protesters, and to instill a sense of fear into their viewers and that fear that they are trying to sell to their viewers is inspiring acts of violence against these protesters.

We have had over a dozen incidents where angry citizens have driven their vehicles into crowds of protesters. Some of them have actually been cops too. I mean, I’m sure we’ve all seen that. We’ve had incidents of right-wingers opening fire on protestors, actually shooting protestors. We have had protestors die at the hands of these extremists on the other side, and yet every night as Marcotte points out, and this is based on research from media matters, Fox news is out there showing the same footage over and over and over and over again of looters and people, you know, smashing private property. But again, it’s the same footage over and over again because they don’t have new footage of it to show because it’s actually not that widespread. So they’re re-showing the same footage. They’ve doctored images too, as we found out this week as well, trying to sell the fear.

Here’s a wonderful quote here from Matt Gertz from media matters, who says, you know, from star host Tucker Carlson’s warning that violent young men with guns will soon make the rules in your neighborhood to contributor Dan Bongino’s declaration that this fight is coming to your front to every single person watching. The message going out to its audience is clear, you’re in danger. Marcotte actually continues, and this is very important to point out here. The network has continued to play B roll footage of fires and looting days or weeks after the incidents in question, creating the illusion for their audience, that the largely peaceful protest had been a nonstop orgy of rioting and property destruction. Naturally Fox news does not tell its viewers that in the few cases where violence did break out, it was usually initiated by police attacks on peaceful protestors. Fear sells.

In fact, there are a few things in the history of the media that sell better than fear and that’s what Fox news is doing right now. They’re trying to obscure what these protests are about. They’re trying to make it seem as if you know these rioters and the looters are the big focus point and it’s not. Chaz is not, that’s just a group of weirdos that nobody wants anything to do with, that’s what they are. Antifa is not an actual organization with a leader or meetings or anything like that. It’s just people who go out there and do things and say, yes, I’m anti-fascist and the opposite of anti-fascist is either pro fascist or just straight up fascist. And I’m sorry, but I’m going to have to go with anti-fascist every time. They haven’t killed anybody, right-wingers have. So if you want to be afraid of any of the groups out there, maybe we should not be so cool with the people who storm the Michigan Capitol with guns, automatic weapons, because they don’t want to wear a face mask. Those are the real psychopaths. The people in the streets, those are the ones who are actually exercising their constitutional rights, because they’re not morons. They want to make this country a better place. The right-wingers just want to make it better for themselves. There is a huge difference between the two groups and if you can’t see the difference, then guess what you’re part of the problem.