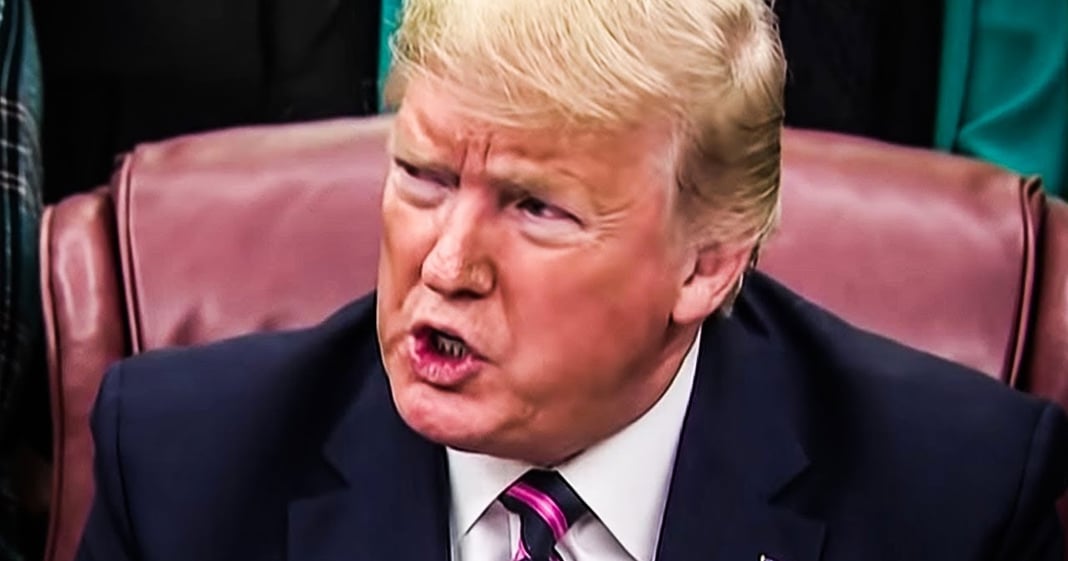 Donald Trump and his minions across the country continue to tell us that he is “draining the swamp,” but it appears that he is now begging that very same swamp to bail out his failing campaign. Trump is hoping that Karl Rove, the king of dirty tricks, will be able to step in and succeed where both Brad Parscale and Jared Kushner have failed. Trump won his first election by sheer luck – that won’t save him this time, as Ring of Fire’s Farron Cousins explains.

Trump ran for office in 2016, telling us that he was going to drain the swamp and that was his way of saying that he is an outsider. He is going to get rid of all of the establishment types from the Republican party, from the Democratic party. He was going to go in there, shake things up and get these elitists insiders out of DC. It’s something he still says today. It’s something his base still says today. You can see them tweet out, hashtag drain the swamp all the time. They really, and truly think this man has drained the swamp. The truth is he has done nothing to drain the swamp. He has embraced the swamp. He loves the swamp and by the way, he is, and always has been the swamp. You can’t elect a billionaire and pretend that they are some kind of outsider. You know, that, that they’re some kind of, not part of the system.

They’re, they’re a fricking billionaire. They are the system. But nevertheless, Donald Trump has decided that now, now that things are horrible and his poll numbers are really bad and he is most likely going to lose to Joe Biden and most likely lose the Senate for Republicans, he is having to do something that his base is not going to be happy about. He is looking in that swamp for anyone willing to save his failing campaign. And he found these swampiest of all swamp creatures, Karl Rove. Karl Rove, one of the dirtiest tricksters out there, the man responsible for George W. Bush winning anything in his life has now unofficially joined team Trump 2020. That’s actually quite terrifying, folks. There aren’t too many people on the right who, who worry me or scare me in terms of what they’re capable of doing politically. Karl Rove is one of them because as horrible as Rove is, he is very good at what he does.

And that’s why we probably need to be paying a little bit more attention and why Biden’s campaign needs to go a little bit harder against Trump’s policies in their ads, because if Rove is on board, the gloves are off. Things are going to get ugly and he’s going to need to fight back with everything he has. One of the things that they’re hoping Karl Rove can do by the way, is dig, dig even further into the swamp by getting the support of the Koch brothers and all of the Koch network, as well as the US chamber of commerce, according to a report in Politico. So they want Karl Rove to come in and bring the entire swamp with him. That is the only thing that Trump and his campaign believe can save the, the reelection campaign. Brad Parscale sure surely can’t do it. Jared Kushner surely can’t do it.

Reports have been circulating for weeks that Trump is unhappy with these two, and he’s actually considering firing them. And with Karl Rove on board and some of these other groups possibly throwing their weight behind it as well Parscale and or Kushner might be shoved out the door pretty soon. But probably not if Kushner has anything to say about it, because here’s the dynamic. Here’s the way this breaks down Kushner, since he has been in power in DC has repeatedly kind of shunned the old guard, right? The old Republicans who knew what they were doing, knew what they were talking about, knew how to win campaigns because Kushner thought to himself, well, we’re here. So obviously we know how to win campaigns. So I’m just as smart as you. So I’m not going to listen to you. Here’s the thing Kushner and Trump himself, by the way, didn’t understand. They won in 2016 by sheer dumb luck.

You know, that’s what happened. That was dumb luck. The Democrats, Democratic primary voters, the establishment, and everybody combined put up a horrible candidate, but that horrible candidate actually still had a chance to beat Donald Trump if it hadn’t been for all of the horrible shit that happened towards the end of the campaign. Comey coming out and saying we’re reinvestigating you only for them to actually not actually be re reinvestigating her. It was just something else with somebody else from the campaign for a different thing and Comey had to come back out later and say, oops, I’m sorry. I know I did a ton of damage to you because actually, if you look at the polling data, that, that moment is when the polls flipped for Hillary and went towards Donald. So yeah, there were lots of other factors as well working against Hillary and that is the only reason Donald Trump barely squeaked out an electoral victory. But they think that that makes them smarter than everybody else and now they’re realizing, you know what, we’re not the smartest people in the room. We’re not the dirtiest people in the room. For that, we have to go to Karl Rove and that is something, unfortunately, the Democrats need to be very concerned about.